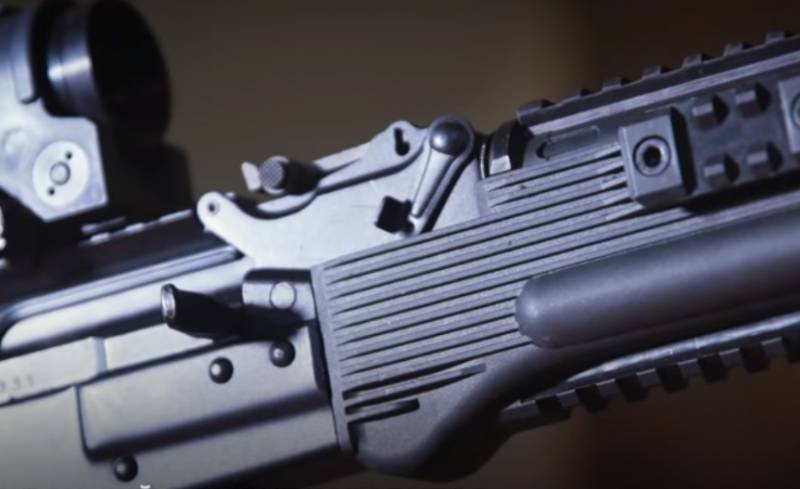 India begins production of AK-203 assault rifles. The Indian side had to speed up the process of signing the treaty due to the serious aggravation of relations with neighboring China.


AK-203 assault rifles begin to be produced at the Indo-Russian Rifles Private Limited joint Russian-Indian venture in the state of Uttar Pradesh). First, the first 20 thousand AK-203s are imported from Russia at a price of about $ 1100 apiece, and the rest of the AK-203 will be produced at an Indian enterprise. By the way, 42% of shares in Indo-Russian Rifles Private Limited are owned by the Russian concern Kalashnikov, another 7,5% of shares are owned by Rosoboronexport, but the controlling stake remains with India - 50,5% of the shares are held by the Indian side.

According to the plans of the Indian military, the AK-203 assault rifle should replace the Indian INSAS assault rifle, which is inferior to the Kalashnikov in a number of characteristics. AK-203 - more reliable weapon, which does not have so many problems and is characterized by light weight, versatility and more accurate shooting results.

According to many experts, the production of AK-203 in Uttar Pradesh under a Russian license will allow not only to arm practically all army and police units in India. Thanks to the production of this machine, Russia will permanently strengthen its position in the Indian small arms market. And this, in turn, and political points: now Russia and the United States continue to compete with France on the Indian arms market, but Russian weapons account for up to 70% of all weapons used by the Indian armed forces, so it is very profitable for Moscow to retain certain market segments.

It is worth noting that the Indian army pays special attention to the contract for the AK-203. Suffice it to draw attention to the fact that not so long ago, Major General Sanjiv Sengar was appointed as the new general director of the plant where the machines will be produced. He is the current senior officer of the Indian army, but was appointed director of the plant, and this indicates that the military department is going to impose strict order at the enterprise and ensure the fastest production of the required number of machine guns.

As you know, until recently, the Indian military was not very happy with how small arms are produced at enterprises. In pursuit of profit, civilian manufacturers produced not very high-quality weapons, but now, when India is threatened with confrontation with China, it is impossible to take risks and supply the army with lower quality assault rifles. India has always had a trusting and respectful attitude towards Russian weapons, and even the recent disputes over the contract for the supply of the Su-57 have not changed this attitude.

Now, in addition to the modernization of small arms, the Defense Procurement Council of India, which is personally led by the Minister of Defense, has also taken up the issue of improving unmanned aerial vehicles, which are in service with the Indian Air Force. We are talking about 90 Israeli-made Haron UAVs. The Indian military department is going to equip drones with strike weapons to destroy targets on the ground.

Ctrl Enter
Noticed oshЫbku Highlight text and press. Ctrl + Enter
We are
Indian military says why they are not happy with INSAS assault riflesIndian Jaguar crashed in Uttar Pradesh
38 comments
Information
Dear reader, to leave comments on the publication, you must to register.