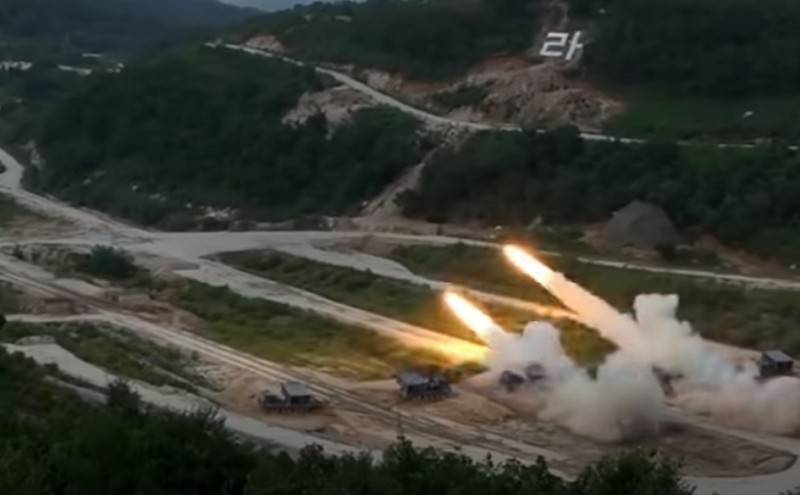 The Russian Embassy in the United States considers the military exercises of the US Army Rail Gunner Rush with the use of multiple launch rocket systems, taking place from September 1 to September 10, in Estonia, in the immediate vicinity of the Russian borders, as provocative and dangerous. This is stated in the widespread statement of the Russian diplomatic mission.


The statement says that Russia has repeatedly proposed to the United States and its allies to limit the exercises near the Russian borders, moving them away from the Russia-NATO contact line.

Why is this demonstrative rattling weapons? What signal do NATO members want to send us? Who is really fueling tensions in Europe? And all this is happening in the context of an aggravated political situation in that region of the European continent. We consider the actions of the US Armed Forces in Estonia to be provocative and extremely dangerous for regional stability
- stated at the Russian Embassy in the United States.

Earlier it became known that as part of the Rail Gunner Rush exercise at the training ground in Estonia, American artillerymen from the 1st Battalion of the 6th Field Artillery Regiment of the 41st Field Artillery Brigade of the US Army and members of the 1st Infantry Brigade of the Estonian Defense Forces will conduct live firing for the first time MLRS systems. It is emphasized that this will be the first live-fire exercise for the 41st Field Artillery Brigade of the US Army outside the base of deployment in Grafenvoehr, Germany.
Ctrl Enter
Noticed oshЫbku Highlight text and press. Ctrl + Enter
We are
Reports from the militia of New Russia for 27-28 September 2014 of the yearYuri Drozdov: Russia prepared the role of the sacrificial calf
Military Reviewin Yandex News
Military Reviewin Google News
42 comments
Information
Dear reader, to leave comments on the publication, you must to register.