Few of the new NATO strategy 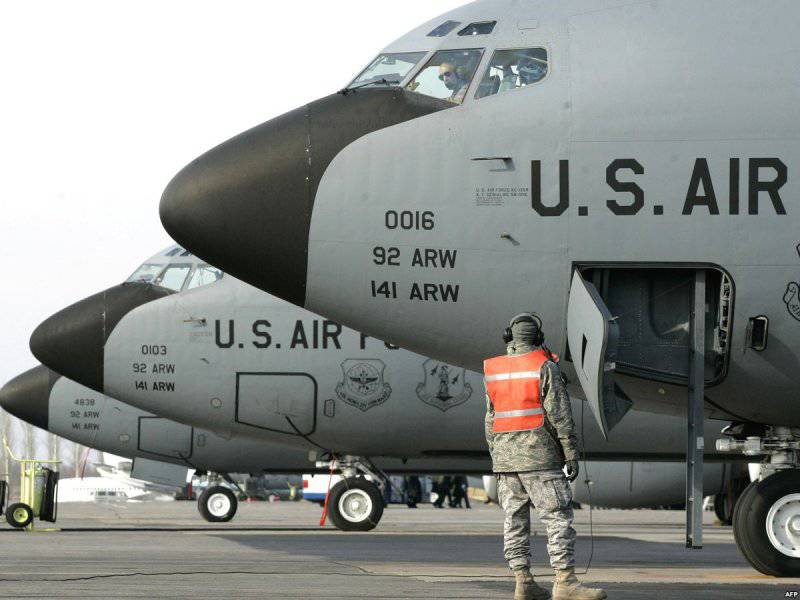 The other day, Russian officials announced that from August this year, the first military facility of the North Atlantic Alliance will start operating in Russia from 1. Transportation of US military cargo to the territory of Afghanistan through Russia began in 2009 year. And only after almost three years, the first object of the transatlantic alliance was opened in the center of Eurasia.

Experts say that on the one hand, it can be considered a great achievement for the Western military bloc, but as for Russia ... What kind of success can you say if a military-political and socio-economic network has emerged and is actively developing on Russian territory, which will contribute promoting American interests.

The project, launched in Ulyanovsk, became a kind of continuation of the military network that the United States jointly created in NATO in the Central Asian region. But if we compare it with what was happening and is happening in Syria or Libya, then in this case a different approach takes place. This time, instead of bombing and assisting opposition forces, NATO and the United States decided, roughly speaking, to buy the enemy (which, by the way, turned out to be more effective and less painful than a military conflict). Moreover, the NATO side put forward very weighty arguments, in particular, the fact that Russian business earns additional income, good funds are received in the state budget, and people receive new jobs.

As is known, America and NATO are seeking to promote their interests in the Eurasian zone with the help of two main projects - the Northern Supply Network and the Modern Silk Road.

Initially, the Northern Supply Network was formed to transport non-military goods to Afghanistan that were intended to supply coalition troops, as well as to restore the state. This path passed through the territory of Russia and the countries of Central Asia. However, the Taliban made periodic attacks on cargoes shipped through Pakistan, which resulted in significant delays in the supply of equipment, supplies and food. Therefore, more and more NATO strategists turned their attention to the North Asian states, where the situation looked stably calm.

NATO got the opportunity to use the northern route more actively for deliveries only after Barack Obama was elected as the head of state in the United States, and also after the warming of relations between Russia and America. So, judging that relations are improving, it is possible by the fact that in July the government of Kyrgyzstan (Russia at the same time was prudently silent) made the decision to preserve the American military base in Manas and its subsequent transformation into a transit point of transportation. Also, after the meeting between the presidents of the United States and the Russian Federation took place in July, during which agreements were reached on the transit of military cargo, it was also possible to transport them through Russian territory using ground and air transport. In October last year, the first test flight was already carried out.

In addition, according to a statement by Tom Tanner, the official representative of the US Embassy in Astana, the US government also entered into contracts for the transportation of goods through the territories of Kazakhstan and Uzbekistan. In addition, an agreement was reached in February on the use of roads and railways in Tajikistan to transport nonmilitary goods. But, nevertheless, they are not planned to be used yet, because the situation in certain regions of the country is not very favorable. Thus, the only state that has not yet concluded contracts for transit with the Americans is Turkmenistan. According to information from hotel sources, the official Turkmen authorities have so far given permission only for the transportation of large quantities of fuel for NATO air forces.

As the special representative of the Secretary General of the Alliance for Central Asia and the Caucasus, Robert Simmonson, notes, transportation of cargo through Turkmenistan is quite possible, but it is unlikely to be needed, since there are whole 8 direct railway routes passing through Kazakhstan and Uzbekistan to Afghanistan.

In addition to agreements with the United States, Russia also allowed the transportation of goods through its territory to other member states of the military bloc - Spain, France and Germany.

France concluded an agreement on military transport with the Kazakh government back in October, when Nicolas Sarkozy arrived in the country on an official visit. Expectations for the extension of agreements between Spain, France and Kyrgyzstan should be expected. As for the agreements with the government of Uzbekistan, according to US Assistant Secretary of State for Asian Affairs R. Blake, despite the absence of signed documents, the negotiations can be considered successful.

Thus, it is obvious that the northern supply network, which is designed to secure the position of the alliance in Afghanistan, takes certain outlines. The key links of this network are Russia, Uzbekistan and Kazakhstan.

But with such a scenario, according to Paul Queen-Judge (director of the project of the International Crisis Group for Central Asia), the new network will become the main goal of Islamic militants. Therefore, new, more serious problems may arise, in particular, the transition of Central Asia into one of the components of the zones of military conflict. As a result, the situation may destabilize not only in the northern regions of Afghanistan, but also in neighboring states, in which the internal political and socio-economic situation is unstable.

According to experts, the reorientation of NATO from the south to the north is the main reason for the intensification of the Islamic opposition forces in Tajikistan, Kyrgyzstan and Uzbekistan, which could be observed last year. This is an attack on the building of the National Security Service and the Department of Internal Affairs in Uzbekistan, a series of explosions in Andijan, which the Union of Islamic Jihad claimed responsibility for. By the way, it is this organization that was involved in the terrorist attacks in Tashkent in 2003-2004, when several dozen civilians were killed.

Experts suggest that the increased instability in the Central Asian region is associated with the activities of the armed Islamic opposition forces that are stationed in Pakistan and Afghanistan. The exact number of participants in these forces is unknown.

Nevertheless, the destabilization of the situation directly affects the interests of the Russian Federation, because four countries - Kyrgyzstan, Kazakhstan, Uzbekistan and Tajikistan - are joining the Treaty Organization and the Collective Security Rights Organization. One of the articles of this treaty states that an attack on one of the participants of the Organization will be perceived as an attack on all member countries, so they will be forced to assist the affected ally, including military.

Signs that the situation in Afghanistan has destabilized are already very visible. So, for example, last September, militants seized tanks with fuel, in response, the US air force conducted a series of rocket-bombing attacks on militant bases. Not without casualties among the civilian population, killed about 60 people. A little later, an attempt was made to attack the Uzbek militants who were in the north of Afghanistan, but the operation had very modest results. The official reports very vaguely spoke of a certain number of disarmed militants and the discovery of several warehouses. weapons.

In addition, in the northern provinces of Afghanistan there is also an internal political inter-ethnic conflict, which is clearly not conducive to stabilizing the situation in the country.

If we take into account that the events in Afghanistan and other Central Asian states are interconnected, and this connection will consist not only in common, very weak borders, but also in interethnic, religious and clan relations. Thus, there is a real threat of the transformation of all these states into a single zone of military conflict with an increasing deterioration of the military-political situation. Therefore, the efforts that Russia is making in the framework of the CSTO to strengthen the military component and create a powerful army in the near future may be very useful.

Modern Silk Road has repeatedly become the topic of discussion and heated debate at the international level. It is a gigantic network of all kinds of communications, from pipelines, transportation and power grids to telecommunications. It must be immediately emphasized that America is particularly interested in building this route bypassing the Russian Federation, and thus preventing any other state from having a monopoly on the infrastructure of the states of Central Asia. The project provides for the connection of transport and energy lines of South and Central Asia, railways and highways, gas pipelines. As such, it is mutually beneficial, both for China and for the United States. But if China was guided primarily by economic interests, the American government has a great political interest.

Note that the Silk Road project is not new. It appeared back in the Middle Ages, when the Chinese delivered their goods to Europe. The route was in effect until the Ottoman Turks cut it. Currently this beautiful historical America and NATO are actively using the image to achieve their goals: to lead a transport corridor bypassing Russia through the territory of Central Asian states.

And although in economic terms, the benefits for Russia from cooperation with the alliance are small, the countries of Central Asia receive significant increases in their national budgets from the contract of NATO contracts, which, of course, causes dependence akin to drugs.

Thus, both the Northern Network and the Silk Road pursue very important goals: they not only help NATO and America gain access to unlimited resources of the Central Asian states, to further build their infrastructure there and export, but also contributes to the active establishment of anti-Russian sentiments in the region.

In addition, the alliance gets another strong argument in favor of building new military bases to protect the infrastructure.

Obviously, America’s strategy is to separate Asia from Russia. And if the presence of the United States and the alliance in the region is long-term, it will be possible to forget about the Eurasian Union.

And when Russia provides its territory for the construction of new NATO bases, it thereby helps the enemy to strengthen his position. After all, it is known that today Central Asia is the main platform for establishing superiority over potential adversaries - Iran, Russia and China.

Maybe the Russian government should think about joining forces with the states of Central Asia and creating a worthy alternative to the NATO infrastructure?