"Sapsan-Konvoy": Shoigu announced the dispatch of some models of equipment and weapons to Syria 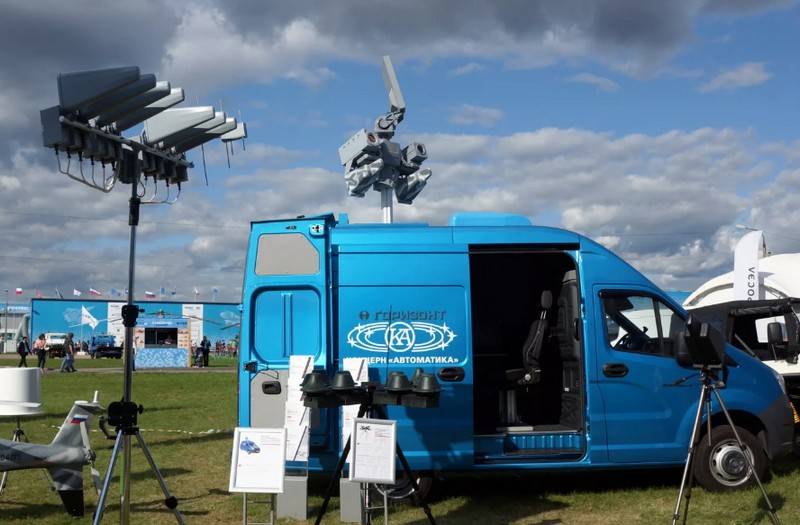 Certain samples of equipment and weapons presented to us at the Army-2020 forum will be sent for testing to the Syrian Arab Republic. This was stated by Defense Minister Sergei Shoigu following the examination of the exposition of the International Military-Technical Forum.


In particular, after participating in the Russian exercises Kavkaz-2020, the Sapsan-Konvoy mobile multifunctional complex for countering unmanned aerial vehicles of the Avtomatika concern will definitely go to Syria. The complex is designed to counter drones by detecting and jamming channels of global navigation satellite systems.

We have a need to develop such tools. If you have it ready for testing, let's test it at the Kavkaz-2020 strategic command-staff exercises. And if he positively recommends himself, we will send him to Syria.
- the minister said.

Shoigu stressed that developers need to reduce the time from the start of development to the adoption of new models for service.

What other samples of new equipment and weapons presented at the forum will go to Syria for testing is not reported, but with a high probability it can be assumed that armored vehicles will go there, in particular, new armored vehicles. The option is not excluded with new drones, as well as other anti-UAV systems.

Note that earlier Shoigu stated that many samples of equipment and weapons, put into service in recent years, have been "tested" in Syria. Also, according to him, the Ministry of Defense refused to purchase some weapons that did not show the necessary characteristics in combat conditions.
Ctrl Enter
Noticed oshЫbku Highlight text and press. Ctrl + Enter
We are
Field-21 radio suppression system adopted in RussiaDecember 2010 years. Russian March. Senseless and merciless? Notes not a Russian person
13 comments
Information
Dear reader, to leave comments on the publication, you must to register.