The outcome of the likely confrontation between "Peter the Great" and "Zamvolt". Hoping for an anti-missile "umbrella" 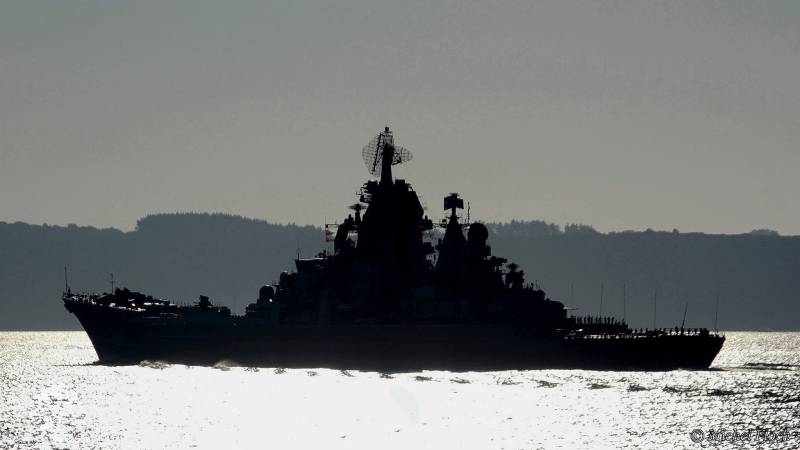 Undoubtedly, a short prognostic material by the American military expert Harold Hutchinson about the details of a hypothetical confrontation between the TARKR pr. 1144.2 "Peter the Great" and one of the three promising stealthy destroyers of the "Zumwalt" class, which filled news sections of numerous American and Western European military-analytical portals in early August 2020, provided very high-calorie food for thought for both the Russian expert communities and hundreds of bloggers and observers who are at least a little aware of the technical parameters of anti-aircraft missile systems (including the electronic architecture of guidance systems and flight technical parameters of interceptor missiles, as well as the parameters of detection / target designation and illumination radars) and anti-ship missile systems, which these unique surface combat ships of the 1st rank have.

And this is not at all surprising, because in the course of working out the above analytical review, Mr. Hutchinson came to the final opinion that “the combat stability of the heavy nuclear missile cruiser pr. 1144.2 Peter the Great in a hypothetical battle with the promising EM DDG-1000 in the ocean theater of operations leaves much to be desired the best in connection with the gigantic effective scattering surface of a 250,1-meter hull (about 25-30 thousand sq. m), comparable to the effective reflecting surface of the helicopter carrier / UDC and supposedly transforming the most combat-ready surface ship into a modern stories The Russian Navy has an excellent radio contrast target for 40-60 anti-ship missiles launched from 10-15 four-container modules of the Mk57 universal vertical launchers.

According to Harold Hutchinson, the ultra-small RCS of the DDG-1000 "Zumwalt" destroyer (about 100-150 sq. M.), Achieved through the implementation of reverse blockages of the sides and stem, as well as the use of an angular superstructure of balsa size and a cork tree with a high radio-absorbing coefficient, can reduce the likelihood of hitting "Zamvolt" by means of 20 heavy supersonic anti-ship missiles P-700 "Granit", included in the "strike ammunition" "Peter the Great". Indeed, a decrease in the Zamvolt's RCS to the values ​​of the image intensifier factor of a small patrol boat is capable of several times reducing the range of its detection and capture “for accurate auto-tracking” by means of active radar seeker J / Ka-ranges of anti-ship missiles 3M45 “Granit” (especially against the background of a possible the use by Zamvolt of promising multi-band onboard electronic warfare devices capable of suppressing the receiving path of outdated ARGSN with a low level of noise immunity).

Moreover, the above-mentioned image intensifier (100-150 sq. M.) Will reduce the range of detection and identification of Zamvolt by means of on-board radars of the aiming and search systems PPM Novella-P-38 of Il-38N anti-submarine aircraft to 70-80 km, providing the latter with an opportunity advance access to the launch lines of anti-ship missiles.

Meanwhile, firstly, Mr. Hutchinson did not take into account the fact that today most of the strategic cruise missiles RGM-109E "Tomahawk Block IV" have not yet been re-equipped with the latest active radar seeker of the centimeter X-band IMS-280 and still have the AN / DXQ-1 DSMAC optoelectronic correlation modules. Consequently, the EPR of "Peter the Great" in this case is far from being of paramount importance (in contrast to the optical signature).

The above number of target channels and missile interceptors in the ammunition load of Peter the Great is quite enough to intercept a squad of 50-60 RGM-109E Tomahawk Block IV strategic missile launchers (or their anti-ship modification MST, Maritime Strike Tomahawk), even taking into account the involvement tactical deck aviation US Navy decoys type ADM-160C MALD-J for oversaturation of target channels of anti-aircraft missile systems "Peter the Great". As for the possibility of breaking through the anti-missile "umbrella" of "Peter the Great" by performing anti-aircraft maneuvers, neither the anti-ship Tomahawks with the MST index, nor the advertised inconspicuous anti-ship missiles A / RGM-158C LRASM (in the foreseeable future can be adapted for use from naval UPVU Mk 41/57) are incapable of implementing this principle due to the low subsonic flight speed (about 0,9M), which allows anti-aircraft maneuvers with an overload of no more than 8-10G, while 48N6E / E2 anti-aircraft missiles equipped with a gas-jet vector deflection system thrust, capable of intercepting air objects, maneuvering with overloads of 15-17 units.

Ctrl Enter
Noticed oshЫbku Highlight text and press. Ctrl + Enter
We are
Russian Navy is on the verge of failure in the global race of strategic naval anti-missile defenseNewest US Navy Destroyer Managed by Linux
Military Reviewin Yandex News
Military Reviewin Google News
83 comments
Information
Dear reader, to leave comments on the publication, you must to register.