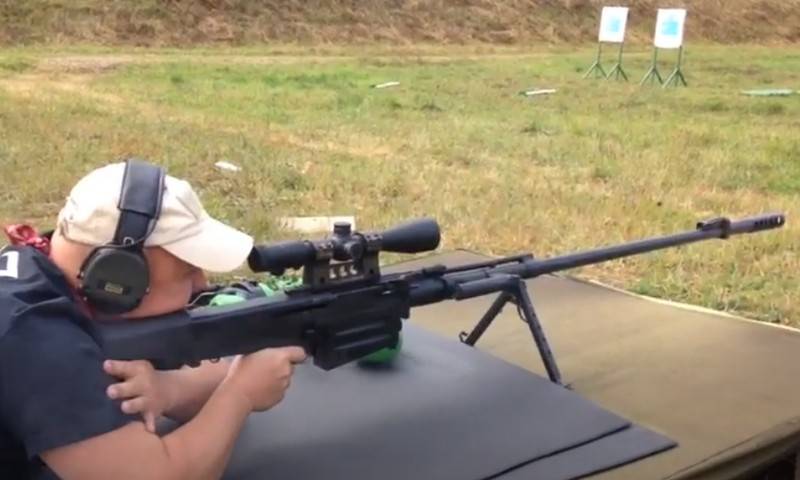 Serial production of the civilian version of the OSV-96 large-caliber sniper rifle, the MTs 567, has started in Russia. This was reported by TASS with reference to the press service of the High-Precision Complexes holding.


As reported, "TsKIB SOO" (Central Design Research Bureau of Sports and Hunting weapons), which is part of the Tula Instrument-Making Design Bureau, completed tests and launched mass production of a civilian version of the OSV-96 large-caliber sniper rifle under the designation MC 567. The first batch of serial propeller-driven rifles has already been manufactured.

In 2019, work was completed on the creation of a civilian version of the OSV-96 rifle. The civilian carbine MC 567 passed all the necessary tests with a positive result, the first batch of serial samples was made
- said in a statement.

The beginning of the development of a civilian version of the OSV-96 sniper rifle of 12,7 mm caliber was first reported at the Army-2018 forum. Alexei Sorokin, then director of TsKIB SSO, said that the design tests of the rifle should begin before the beginning of 2019. At the same time, it was reported that the cartridge for the civilian version of OSV-96 had already been created.

In 2018, the press service of the High-Rise Complexes holding confirmed the development of a civilian version of a large-caliber sniper rifle and stated that the demand for this caliber in the civilian market is significant and is growing every year. A rifle chambered for a powerful cartridge is planned to be used for commercial purposes, when hunting large animals, as well as for protection from predators when working in remote areas, etc.

OSV-96 "Cracker" is a Russian semi-automatic large-caliber sniper rifle chambered for 12,7X108 mm. Sighting range - 1800 m. The volume of the OSV-96 magazine is five rounds. The rifle is in service with the Ministry of Defense, the Ministry of Internal Affairs and the FSB of Russia
Ctrl Enter
Noticed oshЫbku Highlight text and press. Ctrl + Enter
We are
OSV-96 enters the civilian market. Works Tula KBPTula KBP launched a small-sized "Bur" in the series
Military Reviewin Yandex News
Military Reviewin Google News
61 comment
Information
Dear reader, to leave comments on the publication, you must to register.