In Ukraine, the final decision was made to replace the problematic "Hammer" with a mortar "Buchard" 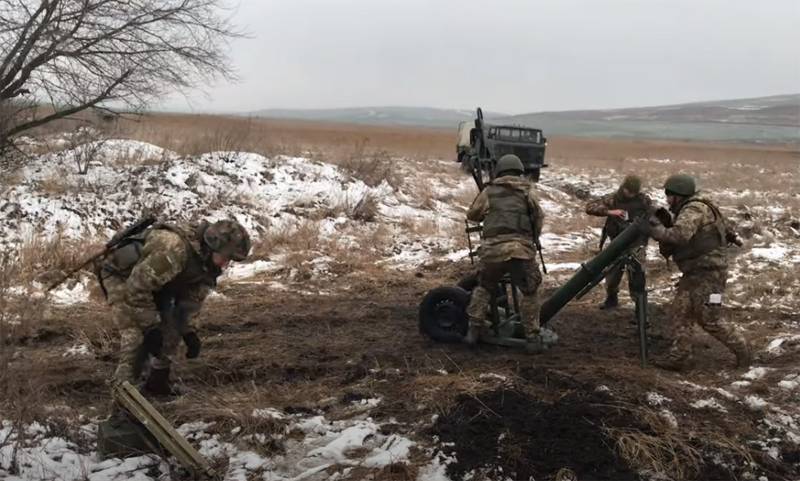 In Ukraine, they said that the mortars produced in the country "are increasingly pushing foreign-made mortars from the Ukrainian market." It is noted that 82-mm UPIK-82 mortars, which were put into service with the Armed Forces of Ukraine in 2017, and 60-mm MP-60 mortars are becoming more widespread in the domestic market.


It is argued that the new 82-mm mortar "is not a copy of the Soviet weapons"And" has improved operational characteristics, including through the use of new guidance mechanisms and optics.

It is added that after numerous unsuccessful attempts to get rid of the problems of the M-120-15 "Hammer" mortars, which are notable for their low reliability (including due to the use of steel grades unsuitable for such weapons), it was decided to replace these mortars with other versions. The “hammer” has been produced in Ukraine since 2015, and during this time it managed to make a lot of noise among the troops. There is a whole series of examples when the Hammer mortars exploded directly at the positions and wounded the Ukrainian military personnel.

In total, the Armed Forces of Ukraine were supposed to receive a batch of 280 Molot mortars, but then (due to unreliability) in Ukraine, the process of arming with mortars was revised. In particular, the possibility of equipping the Ukrainian Armed Forces with 120 mm Buchard mortars from the Starokramatorsk Machine-Building Plant (SKMZ) is being considered.

Now the Ministry of Defense of Ukraine has made a final decision that it will be "Buchard" that will replace the problematic "Hammer" mortars, for the development and creation of which tens of millions of hryvnias were actually wasted. It is noted that the Bouchard mortar "performed well when tested at low temperatures." What specific temperatures are in question is not reported.
Ctrl Enter
Noticed oshЫbku Highlight text and press. Ctrl + Enter
We are
Summary of the week from voenkor Mag about events in the DNI and LC 21.04.18 - 27.04.18Reports from the militia of New Russia for 27-28 September 2014 of the year
46 comments
Information
Dear reader, to leave comments on the publication, you must to register.