"Su-57 is not needed": India said that their first 5th generation AMCA fighter will fly by 2024 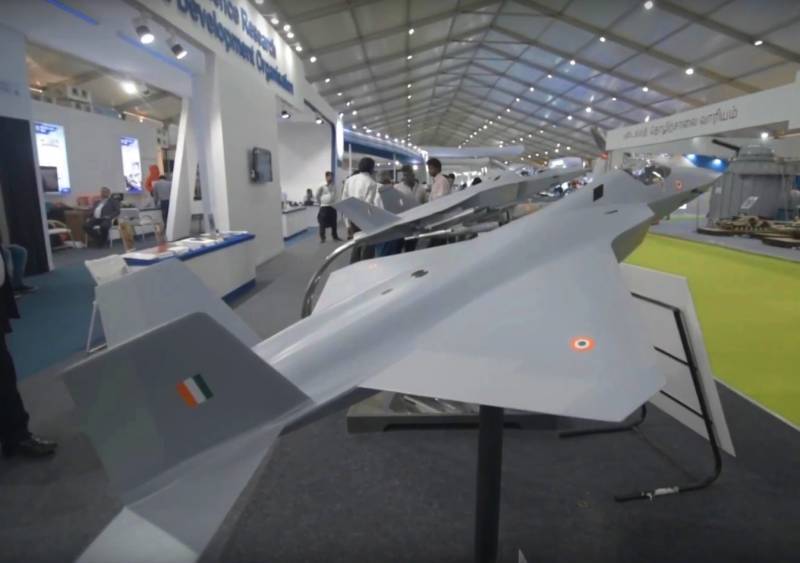 The Indian press reports on the intensification of work in the framework of the AMCA fifth generation fighter program. Recall that earlier India decided to withdraw from the FGFA joint program with Russia, which provided for the creation of a new generation aircraft. New Delhi put forward a whole list of claims, including "lack of implemented stealth technology, previous generation engines." With this exit, India threw itself away from obtaining the latest fighters for several years. It was decided to create our own version. To this end, the implementation of the AMCA program began.

From the author's material:

This is what we put our strength into. We focused on our own design, using our own technologies.
But it turns out that not all technologies will be Indian.

According to the President of the Society of Consultants for the Aerospace and Defense Industry of India R. Sopori, a promising Indian fighter of a new generation "must also have an export potential."

Neither the Su-57 nor the F-35 is needed. You need to create your own fighter.
And again the question about "your" ...

According to some reports, India intends to equip its AMCA fighters with British-made engines. But even here, India is not satisfied with much. Great Britain offers engines that do not exceed 11 tons of thrust. India wants more.

Airbus CEO Anil Gupta believes that Britain could transfer technologies for creating aircraft engines, and on their basis India could create its own version.

In India, they say that a promising aircraft will carry weapons in the internal compartments, it will implement radar stealth technology.

At the same time, Neelam Matthews notes that in order to accommodate BrahMos missiles in the internal compartments of the aircraft, this aircraft will have to be increased in size. The author, referring to the statements of the military, writes that it will probably be necessary to reduce the size of air-launched cruise missiles.

Indian experts, including one of the Indian Air Force engineers, believe that forecasts for the delivery of the first fifth generation aircraft to the Indian Air Force by 2029 look too optimistic. By the way, earlier in India itself it was reported that the first AMCA fighter would take off no earlier than 2030.
Ctrl Enter
Noticed oshЫbku Highlight text and press. Ctrl + Enter
We are
As part of Vladimir Putin’s visit to India, a number of large MTC contracts are expected to be signed.Delhi's military strategy - readiness to fight on two fronts
Military Reviewin Yandex News
Military Reviewin Google News
125 comments
Information
Dear reader, to leave comments on the publication, you must sign in.