Is the LDNR People's Militia afraid of American "Javelins" of the Armed Forces of Ukraine: facts and reflections 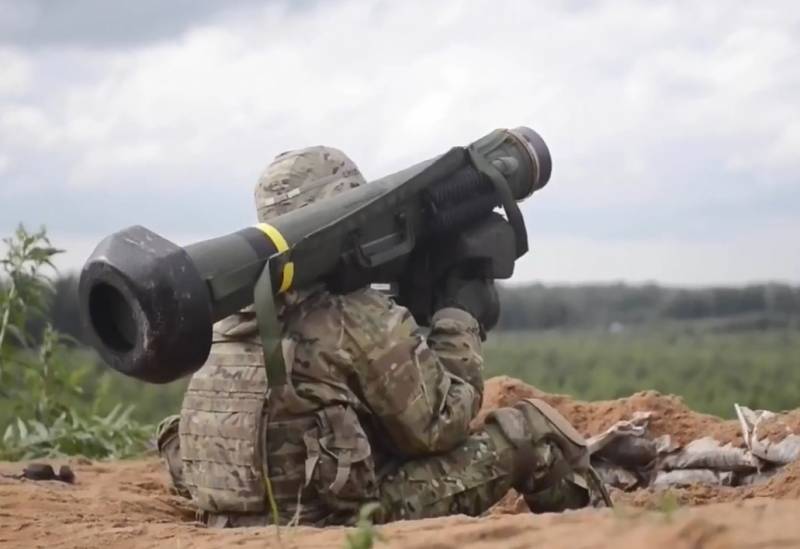 It is known that the Javelin anti-tank missile systems have appeared in service with the Armed Forces of Ukraine. It's hard to argue with what it is weapon in the hands of the enemy can pose a serious threat to armored vehicles. Does this mean that the military leadership of the Donbass republics should be afraid of these complexes? This is a tricky question.


When the United States was just negotiating the supply of Javelins to Ukraine, one of the conditions was that they were not used by Ukrainian Armed Forces units in Donbas. Of course, few people harbored illusions that Ukraine would strictly implement it. Many assumed that the Ukrainian military would secretly transfer the complexes to Donbass. At the same time, America will pretend not to notice anything. But the Ukrainian Armed Forces did it easier. The Commander-in-Chief of the Armed Forces of Ukraine Ruslan Khomchak officially announced in early July that each unit sent to the JFO zone in Donbass will be equipped with Javelins. By the way, the United States did not react to this absolutely in any way ...

At the same time, Khomchak did not hide the fact that when preparing the Ukrainian army, more attention was now paid to actions in the city. This may mean that the Armed Forces are preparing for an attempt to capture the large cities of the Republics. By the way, the representatives of the Ukrainian National Battalions have repeatedly spoken about this.

In general, the likelihood of the use of "Javelins" by the Ukrainian military in Donbas is growing. 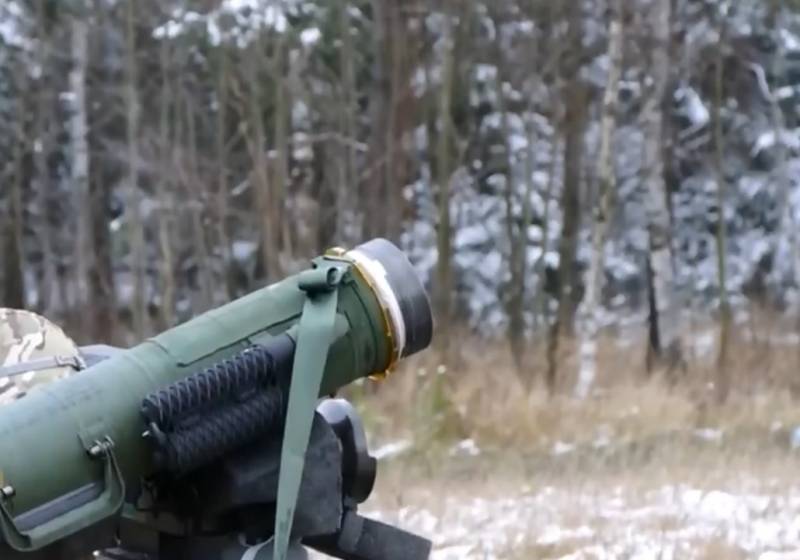 But it is unlikely that the armies of the Lugansk and Donetsk Republics, having learned about the appearance of new anti-tank systems on the demarcation line, tremble with fear. They have been defending their homeland from a well-armed enemy for six years now. At the first checkpoints that appeared in 2014, the militias sometimes stood with hunting rifles, or even just with metal reinforcement, so it is difficult to scare such people with anything. But the enemy's presence of new anti-tank systems in Donetsk and Lugansk will certainly be taken into account in order to prepare countermeasures.

In addition, one should not forget about the level of corruption in the Ukrainian army. When it comes to combat use, many Javelins will be missing. As has happened with other weapons and equipment. The fact is that the US-made thermal imagers, walkie-talkies and dry rations "disappeared", which then began to surface when sold by "unknowns" through all kinds of websites.

It is practically impossible to keep track of their safety on the line of contact, because part of the ATGM can be easily written off as hopelessly damaged as a result of shelling by the People's Militia. Therefore, one should not be surprised if some of the "Javelins" who have arrived in Ukraine will soon appear somewhere in Libya, Syria or Afghanistan with any of the groups. And they can be used there against anyone, even against the American military. So, not only the LPNR, but also the US Army itself should be afraid of the Javelins, paradoxically.

It is also no secret that some of the equipment and weapons supplied by the Armed Forces of Ukraine sometimes miraculously end up in the hands of the military of the DPR and LPR. Something is being sold to them by the Ukrainian military, something is becoming war trophies. Especially a lot of Ukrainian equipment fell into the hands of the militia during the active phase of hostilities, which took place in 2014-2015.

The People's Militia of the LDNR is unlikely to underestimate the danger of the use of the Armed Forces of Ukraine "Javelins", so they are probably preparing countermeasures to counter this new type of weapon for Donbass. But what these measures will depend on the actions of the Ukrainian side. They can be extremely tough.

Ctrl Enter
Noticed oshЫbku Highlight text and press. Ctrl + Enter
We are
A great interview with Sergey Lavrov: about Ukraine, Obama and IranWhat you didn't want to know about England
Military Reviewin Yandex News
Military Reviewin Google News
53 comments
Information
Dear reader, to leave comments on the publication, you must to register.