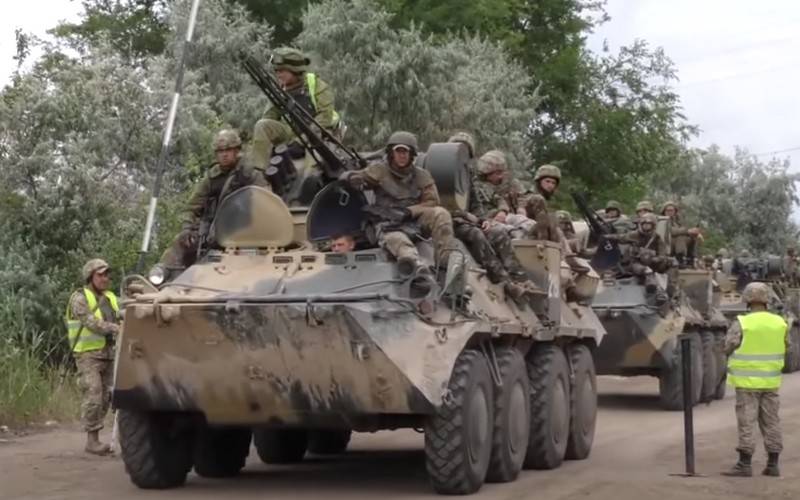 In response to Russia's Caucasus 2020 military exercise, scheduled for September this year, Ukraine will conduct its own Joint Efforts 2020 military command and staff exercise with NATO involvement. This was stated by the country's defense minister Andrei Taran.


Speaking in the Verkhovna Rada, Taran said that the Ministry of Defense of Ukraine and the Armed Forces of Ukraine plan to conduct a strategic command-and-staff exercise "United Efforts 2020", which will be a response to the planned Russian large-scale military exercises "Caucasus-2020". It is planned to involve partners from NATO in the exercises of the Armed Forces of Ukraine, but it has not yet been determined which countries will be able to join the exercises, plans are only being developed.

Taking into account the accumulation of troops under the pretext of preparing the exercises "Kavkaz-2020", the Ministry of Defense of Ukraine and the Armed Forces of Ukraine (AFU) are planning at the same time - in the last decade of September - to hold the strategic command-staff exercises "United Efforts-2020"
- said Taran.

According to him, during the exercise, it is planned to "test the ability of the General Staff to act in accordance with NATO standards, as well as the ability to organize interaction with the command posts of the NATO Armed Forces. Also, a check of combat readiness, live firing using anti-aircraft missile systems, military aviation, units of the ground forces. The exercises will take place in the south of Ukraine.

At the same time, the Minister of Defense of Ukraine assured the Rada deputies that the Ministry of Defense of the country "does not observe the real preparation of the Russian Armed Forces for an armed attack on Ukraine" during the Caucasus-2020 exercises.

Meanwhile, Russia began a surprise check of the troops of the Southern and Western military districts, marines and airborne forces in preparation for the Caucasus-2020 exercises, which are scheduled for September this year. In addition to the Russian army, they will be attended by representatives of the armed forces of six members of the SCO and the CSTO.

Ctrl Enter
Noticed oshЫbku Highlight text and press. Ctrl + Enter
We are
Reports from the militia of New Russia for 27-28 September 2014 of the yearDecember 2010 years. Russian March. Senseless and merciless? Notes not a Russian person
Military Reviewin Yandex News
Military Reviewin Google News
87 comments
Information
Dear reader, to leave comments on the publication, you must sign in.