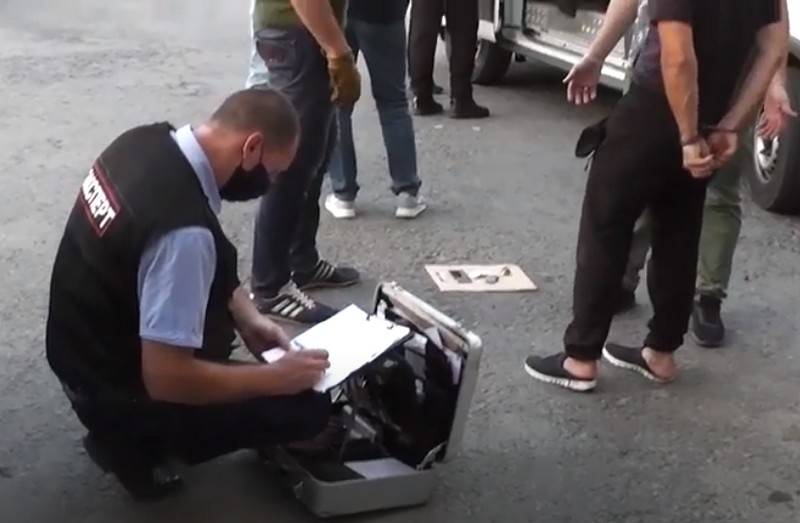 FSB officers identified a cell of the Islamic State terrorist group banned in the Russian Federation, whose members were preparing terrorist attacks in the Rostov Region, and the cell’s leader was destroyed during detention. About it reports TsOS FSB of Russia.


According to the report, members of the conspiratorial cell of the IG prepared attacks on law enforcement officials, as well as planning terrorist attacks in medical and educational institutions. In total, five ordinary members were detained; the leader of the cell could not be detained. While trying to detain him in the Azov district of the Rostov region, he opened fire from a Kalashnikov assault rifle on the security forces, after which he activated an improvised explosive device, receiving fatal wounds.

There were no injured among security officials and civilians.

The FSB of Russia in the Rostov Region uncovered and suppressed the activities of a conspiratorial cell of supporters of the international terrorist organization Islamic State, which included six residents of the region from among citizens of one of the Central Asian countries and Russia. They prepared attacks on police officers and planned terrorist acts in medical and educational institutions
- reported to the DSP.

It is emphasized that during searches of the detainees, a home-made explosive device, automatic firearm, ready for use was found weapon and ammunition, as well as drugs. Criminal proceedings were instituted under the following articles: "terrorist attack", "illegal arms trafficking" and "attempt on the life of a law enforcement officer." Investigative actions are ongoing.
Ctrl Enter
Noticed oshЫbku Highlight text and press. Ctrl + Enter
We are
In the Rostov region eliminated the cell "Islamic State"Results of anti-terrorist work on Dagestan in April 2014
Military Reviewin Yandex News
Military Reviewin Google News
39 comments
Information
Dear reader, to leave comments on the publication, you must to register.