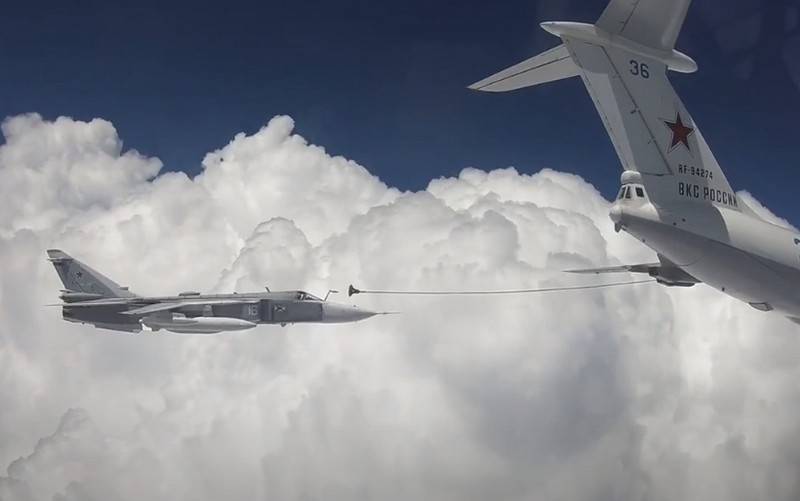 Crews of Su-30SM multipurpose fighters and Su-24M front-line bombers from the Marine aviation and air defense of the Black Sea fleet As part of the flight tactical exercises, they worked out refueling in the air. The corresponding video appeared on the web.


According to the Information Support Department of the Black Sea Fleet, two Su-30SM fighters and two Su-24 front-line bombers were involved in refueling in the air. Refueling was provided by the crew of the Il-78 refueling aircraft.


As noted in the press service of the Black Sea Fleet, this element, namely refueling in the air, should be owned by every pilot of the aircraft on which the refueling equipment is installed. Refueling in the air significantly increases flight range, tactical range of action and the ability to perform tasks.
Ctrl Enter
Noticed oshЫbku Highlight text and press. Ctrl + Enter
We are
Ukrainian Air Force resumed flights with air refuelingIn the Southern Military District, Su-30CM fighters have worked refueling in the air.
Military Reviewin Yandex News
Military Reviewin Google News
31 comment
Information
Dear reader, to leave comments on the publication, you must sign in.