From the ruins of Berlin - to the hills of Manchuria. Preparation of the USSR for the defeat of Japan 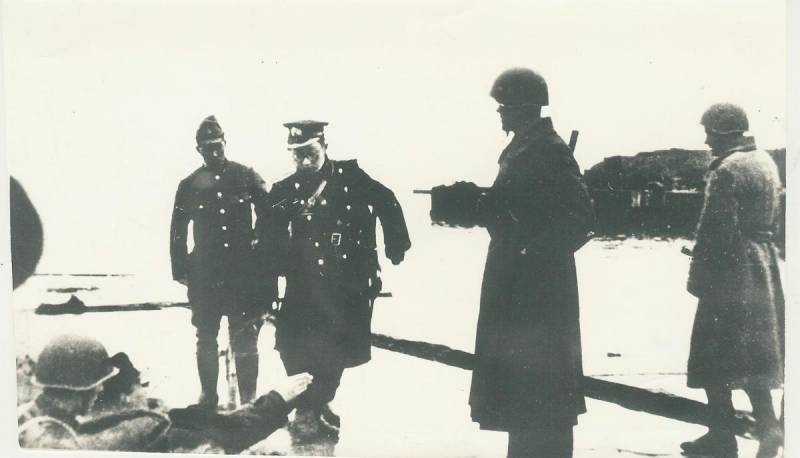 The actions of the Red Army on the crushing defeat of imperial Japan in August-September 1945 are rightfully considered one of the most brilliant offensive operations carried out during the Second World War. Undoubtedly, this victory, as grand as lightning, was primarily due to the thoroughness and painstakingness of the titanic preparatory work that preceded it. We’ll talk about some aspects of this process today.


Anyone who believes that the Soviet Union got involved in a military conflict with Japan, blindly following the whims of the Allies, is very deeply mistaken. The USSR absolutely did not need the Kwantung Army and the puppet "state" Manzhou-Guo created by its command, rattling on the borders for decades weaponsmaking aggressive plans and from time to time trying to put them into practice. Yes, and to repay Tokyo for 1905, for Tsushima, Port Arthur and the death of the "Varyag" it was time a long time ago. Comrade Stalin was a real Russian patriot, and, agreeing to enter the war with the Japanese at the Tehran Conference, he pursued primarily statist goals, and did not indulge Roosevelt and Churchill, who would have had to bother with samurai without the help of the Red Army at least until the end of 1946.

However, there was a very serious snag in the form of the Neutrality Pact signed in April 1941. Well, we are not the Nazis to attack, treacherously violating such agreements. In this regard, on April 5, 1945, Moscow notified Tokyo of its unwillingness to renew the Covenant, thereby making it clear its intentions more than transparently. Following this, the Japanese made a desperate attempt to negotiate anew, promising the USSR South Sakhalin, the Kuril Islands, the Chinese Eastern Railway and almost stars from heaven. Their “generosity” in Moscow did not arouse any enthusiasm: Stalin intended to take all this himself, at the same time once and for all having discouraged the samurai from hunting to climb on our land.

Since the time when our country entered the war was agreed upon with the Allies was three months after the victory over Germany, the prospects for the transfer of troops for striking were calculated by the General Staff of the Red Army based on fairly tight deadlines. Nevertheless, there they considered it quite possible to relocate forces from two fronts from Western Europe during this time, which were to carry out an offensive together with those units and formations of the Red Army that had been concentrated all this time in the Far East, which was left without reliable military cover impossible at all.

Thus, the optimal combination of personnel was initially achieved, in which both soldiers who knew the local conditions and were familiar with them, and soldiers who went through the war with Germany and its allies, defeated the Wehrmacht and had tremendous combat experience, were in the same ranks. In total, about half a million personnel, more than 7 thousand artillery pieces, more than 2 thousand were transferred from West to East tanks and self-propelled guns.

It should be noted that all these troops were unloaded a hundred kilometers from the state border of the USSR and advanced to it in the strictest secrecy, at night, on roads safely covered by camouflage fences and nets. Considering that the distances traveled by the troops averaged 10 thousand kilometers, and the transportation itself was largely carried out on railways that were recently destroyed by the war, this relocation should perhaps be recognized as the largest and most successful military transport operation throughout the Second World War.

On the eve of the outbreak of hostilities against Japan, the total number of Soviet troops was 1,7 million, the Red Army in this direction had more than 30 thousand "barrels" of artillery and more than a thousand multiple launch rocket launchers. More than 5 thousand formidable armored vehicles were ready to pave the way for our fighters, and over 5 thousand combat aircraft provided an offensive from the air.

All this power was subordinated to the High Command of the Soviet troops in the Far East, which was headed by Marshal Alexander Vasilevsky. The forces of the Red Army were defeated on three fronts: the Trans-Baikal, under the command of Marshal Rodion Malinovsky, the 1st Far Eastern, led by Marshal Kirill Meretskov, and the 2nd Far Eastern, led by Army General Maxim Purkaev. As you can see, in the "last and decisive" battle of the soldiers of the Red Army were experienced warlords of the Great Patriotic War.

Before the arrival of reinforcements from the West, a “great construction site” was deployed in the border zone. Observing all conceivable and unthinkable precautions regarding camouflage, the Red Army prepared a colossal bridgehead for the offensive. In June-July 1945, sappers injected tirelessly, 20 days a month, and simple infantry - “only” 12. During this time, hundreds of kilometers of closed positions and many firing points were prepared, roads were built over a vast length operational troop transfer; bridges were built in the most important places. By August, the Maritime Group of Forces had three defensive lines with a depth of 70 kilometers.

Moreover, the main attention, of course, was paid to the upcoming offensive. The combat training of personnel was truly developed to unprecedented heights: training fields, bridgeheads, entire tactical towns were created in units and formations, on which soldiers and commanders worked out future actions to force water barriers, capture the fortified areas of the enemy, break through its defensive lines , actions in the mountains and woodlands. Particular attention was paid to such specific aspects as training of combatants in sapper and mine-explosive affairs, development of tactics of struggle against reconnaissance and sabotage groups of the enemy.

The lessons of World War II (both terrible 1941 and victorious 1945) were well learned and reliably learned. The Red Army was firmly determined to wage a new war, not by number, but by skill, using all its invaluable combat experience, which it got at such a high price. That is why during the 23 days of fighting, the Red Army lost 12 thousand people killed versus 84 thousand among the Japanese. That is 0,7% of the personnel involved in the operation. And this is perhaps the best confirmation that preparations for the defeat of Japan were carried out not only at a high, but at the highest level.

Ctrl Enter
Noticed oshЫbku Highlight text and press. Ctrl + Enter
We are
Kwantung Army. 70 years of surrenderThe army of Manchukuu: how the Japanese created the second “Manchu empire” and its armed forces
143 comments
Information
Dear reader, to leave comments on the publication, you must to register.