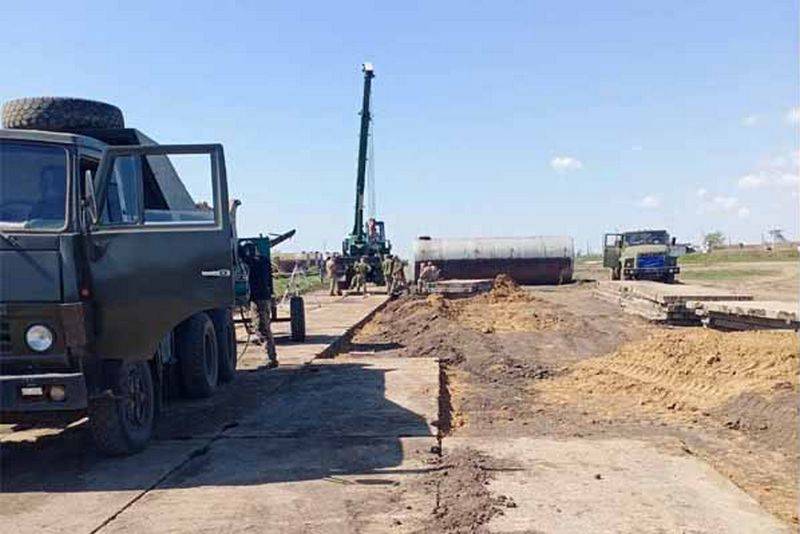 The Ministry of Defense of Ukraine intends in the near future to completely restore the runways immediately at 15 military airfields. In particular, restoration work has already begun at three airfields. This was reported by Ukrainian media with reference to a statement by the military department.

It is noted that the entire airfield network of the Air Force of the Armed Forces of Ukraine is in operational condition, only some sections of the aerodromes require replacement.

To carry out repair and restoration work, the necessary material means were provided both to individual engineering and airfield battalions, and aviation brigades and air commandant's offices
- said Colonel Vitaly Zalog, the head of the engineering and airdrome department of the Logistics Command of the Air Force Command.