Year 2020: The Finnish Air Force confirmed the data that “finally” removed the swastika from its attributes 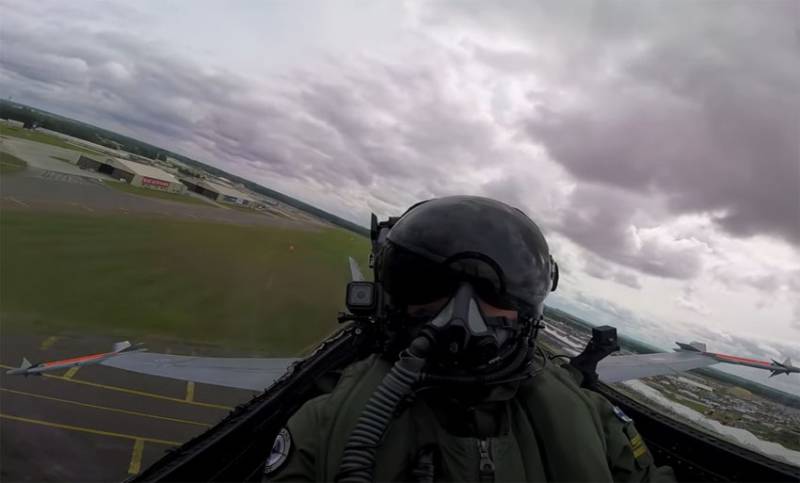 
Now the Finnish Air Force Command, answering incoming questions, notes that the swastika really ceased to exist as an emblem of the military aviation countries "definitively".

The press service of the department notes that officially such an emblem (called the emblem of Eric von Rosen) was abandoned back in 2017, but until recently it was still preserved on the flags of some parts of the Air Force, as well as on some chevrons and awards.

The Western press says that the situation today was paid attention only because a wave of protest is gaining momentum throughout the Western world after the sensational tragic episode in Minneapolis USA, where a black George Floyd was killed by a policeman. Apparently, before this case, no one in Finland had any special questions about the presence of a swastika as a military paraphernalia.

The swastika as such was used on Finnish aviation from 1918 to April 1945. But even after its “first cancellation”, it continued to be used as, for example, a graphic detail of Finnish pilots awards.
Ctrl Enter
Noticed oshЫbku Highlight text and press. Ctrl + Enter
We are
Reports from the militia of New Russia for 27-28 September 2014 of the yearThe big press conference of Vladimir Putin
Military Reviewin Yandex News
Military Reviewin Google News
74 comments
Information
Dear reader, to leave comments on the publication, you must to register.