Full alert or spitting in the face of the defenders of the Donbass? 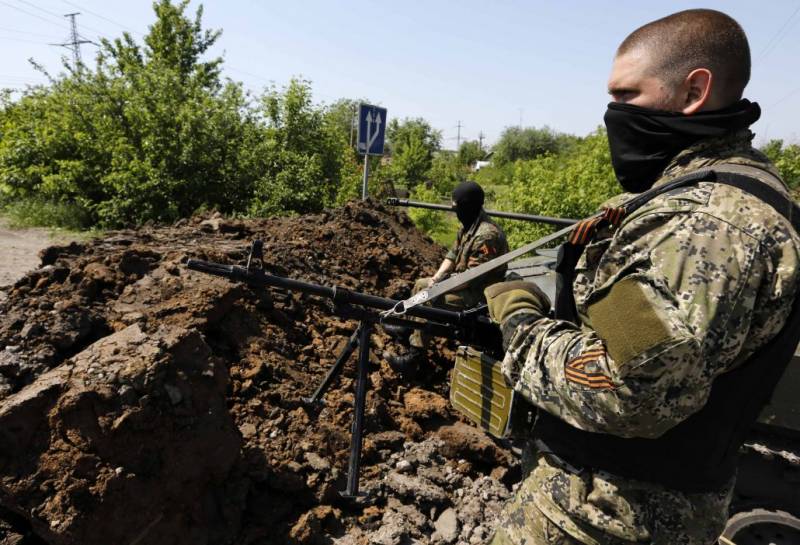 The pompous and loud statements of Lugansk and Donetsk about their readiness not only to fully respond to enemy provocations and attacks, but also to move the line of demarcation away from the cities and villages of the LDNR were predictably replaced by ritual diplomatic messages to Zelensky, whom the LDNR authorities are now again and again humbly asking to be prudent and start abiding by the Minsk agreements. Zelensky does not respond to dispatches, criminally ignoring peace appeals, and at this time the Ukrainian army continues to consistently and methodically destroy the strongholds of the people's militia and even trains to conduct military operations in urban areas.

Unfortunately, the full-fledged "otvetka" promised by the authorities and the suppression of enemy activity remained only words. After a short “thaw” at the front line, the defenders of Donbass are again more and more often forbidden to use large calibers to strike at the APU. I don’t want to believe in it, but mass messages from military commissars and ordinary soldiers cannot be ignored. Yes, some attempts to respond to the attacks of the Ukrainian military are being made, but they are disproportionate to the attacks that the APU is delivering. As well as losses in personnel and equipment.

As a result, instead of a spirit-raising decree on increased combat readiness and a qualitative change in the situation at the front and forcing Ukraine to peace, we see only ritual dances, especially touching against the background of constant shelling and amazing blindness of the official press service of the LDNR NM and representatives of the republics in the JCCC (Joint Control Center and coordination of a ceasefire and stabilization of the situation in the South-East of Ukraine), easily able to not see the shelling or see a regular shootout instead of an artillery strike.

In the name of what?

The main question: why all these big words and obscure gestures, so much annoying the fighters of the people's police? Yes, the situation with the ban on "otvetku" - no longer news, and everyone who enlisted in the orderly ranks of NM LDNR initially knows what he’s going to. However, such jerks, when people are reassured only in order to deceive their hopes in a few weeks, clearly do not increase morale or discipline. What did the heads of the LPR and DPR achieve in the end, apart from another slap in the face to all those who long for a war with the enemy, and not demonstrate solo compliance with the Minsk agreements that never worked?

Even if it was an initiative launched from above, is it not possible (at least instead of pouting your cheeks) to make it clear what is really happening and what to expect from all this rattling weapons? Unfortunately, openness is clearly not the fad of the republican authorities. It is much easier to blow up public consciousness by replicating conflicting statements and decrees.

Who will fight tomorrow?

The number of personnel in NM LDNR seriously falls short of the declared, and against the backdrop of such events, it becomes obvious that in the foreseeable future the number of people wishing to join the people's police will decrease. Those who are already firmly entrenched in the war and cannot imagine life without it, one after another leave this world, get seriously wounded or leave, unable to withstand the quirks of command. Those who go to war from hopelessness are unlikely to be highly combat-ready. The number of volunteers from Russia in recent years has seriously decreased and will grow exclusively in the event of full-fledged hostilities in which the defenders of the Donbass will take part not only as unrequited targets.

With such an attitude, such successes and such losses, the next question may become relevant in the coming years: who should be sent to the front line or where to get people to equip amusing rear regiments?

Ctrl Enter
Noticed oshЫbku Highlight text and press. Ctrl + Enter
We are
Chronology of "Minsk 2.0": the Armed Forces of Ukraine are preparing a "breakthrough" (part of 2)Armed Forces of Ukraine are ready for a new round of aggression: night self-shelling near Mariupol and new counter-battery radars from the USA
Military Reviewin Yandex News
Military Reviewin Google News
122 comments
Information
Dear reader, to leave comments on the publication, you must to register.