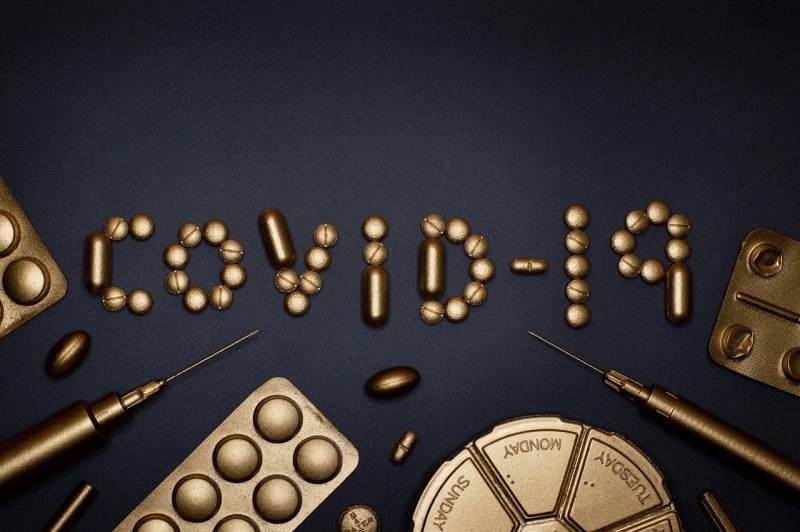 The House of Representatives Armed Forces Committee in Washington on Wednesday “stabbed” a proposal to reduce funding for the US Air Force’s program to create a promising lightweight ICBM GBSD to replace the outdated lightweight ICBM Minuteman-3. The vote was bipartisan and was held with a score of 44: 12.

Replacement for an old but not decrepit rocket

Why is it "morally obsolete" and not physically? Because physically, precisely because of its archaic design, it cannot be said to be out of date: its design allows for the replacement of steps, and a number of other operations that, say, on Topol-type ICBMs would be impossible. Or rather, financially and technically disadvantageous. Yes, and unnecessary, because in our country the production and development of new missiles did not stop, so what's the point of updating for the same money, “Topol” or “Topol-M”, when the Yars have long been on the line, and now also Yarsi-S, "and not only them? But the Americans just the point.

But back to the ballot proposal. The proposal was to transfer $ 1 billion to the KOVID-19 Pandemic Preparedness Fund (which should be used to develop new drugs and vaccines for the virus) from the GBSD program, of which Northrop-Grumman is the only participant. This is after Lockheed-Martin was kicked out of the competition very much, and Boeing, after acquiring Orbital ATK by a competitor and, in general, seeing what was going on, simply lost the track. In general, the invisible hand of the market decided everything. The proposal to transfer money from the light ICBM program was put forward by California Congressman Democrat Ro Hannah, and although Committee Chairman Adam Smith supported him, most committee Democrats did not. Strange enough, given the fact that the same Democrats enthusiastically tried to kill this program earlier. Apparently, the guys from Northrop-Grumman pressed all the buttons so that their money would not go for treatment from some kind of COVIDA.

"The United States does not need to modernize ICBMs," Hannah said, citing experts who believe the presence of the sea and air legs of the nuclear triad is sufficient. This is a very popular point of view among Democrats. And even in the ranks of the US Armed Forces there are supporters (for example, among naval). “If there is an accidental launch of an intercontinental ballistic missile, you cannot take it back. On the other hand, you can recall the submarine, you can recall the bomber. " Honestly, it is possible to recall a SSBN, but the missile launched from it is no easier than an ICBM. So Hannah's reasoning is rather strange. If we talk from a neutral point of view, then, of course, the refusal of the United States from a full-fledged triad, of course, to the detriment of the United States itself and the combat stability of nuclear forces, so, if we reason from our point of view, let them refuse.

This wording would probably be a stumbling block in negotiations with the Republican-controlled Senate Committee on Armed Forces. President Trump has requested $ 1,5 billion for the GBSD program for fiscal year 2021, and Hannah has proposed trimming it three times. But this time, the eternal struggle for the reduction of nuclear weapons or their financing, which the Democrats were engaged in, was largely ignored by their leaders in Congress, seeking to avoid the bloody guerrilla warfare of last year on this agenda. These fights, however, may still come to the surface when there will be a stage of amendment by congressmen at general chamber meetings. Recall that in the USA it is Congress that decides how much to give (or not to give at all) the funds approved by the Senate program, and, given the control of different parties over the chambers, the massive cuts in funding for the programs dragged by the other side in the upper house, it was there- it’s kind of a new sport in the current conditions - in the context of a sharp aggravation of the political struggle in the USA, when both sides are moving further away from the eternal rules of the game, switching to a game without rules with Maidan technologies and other “taboos” (applicable in other countries, but not at home - it was like that before).

“I do not agree with this, but I put all this aside for now,” said Committee Chairman Smith about the president’s nuclear plans. - We already discussed this last year. Everything turned out exactly as it turned out. Nothing will change this year. ”

At the Committee meeting, Republicans argued that shrinking the GBSD program would undermine America’s nuclear deterrence, as Russia and China build up their arsenals. They also said that the country had already allocated sufficient resources to respond to COVID-19. The buildup by the Chinese of nuclear arsenals, as has already been written here more than once, mostly occurs at meetings in the Capitol, because in reality the Chinese nuclear arsenal is almost not growing. Russia, of course, is a completely different matter, but on the whole, the Americans could really well once again drag out a new program for a year. Fortunately, with the help of the “Maidan” inspired and supported by the Democrats, which we are witnessing, the situation with the incidence of coronavirus in the USA begins to break all records. And, as they say, whether there will be more.

“This amendment helps America’s foes,” said Liz Cheney, a spokeswoman for Wyoming. Yes, this is the daughter of the very same Dick Cheney, a famous leader of the Bush Sr. administration (Secretary of Defense) and Bush Jr. (vice president, often called the “most influential” of all who sat in this position), known primarily for the troubled affairs, for example, on the "restoration" of Iraq, turning through the Haliberton company, where he once worked. In the United States, real democracy, and the simple daughter of such a simple person, will certainly be able, and could, break through to the political heights.

The Air Force intends to announce the winner of the GBSD tender before the end of September, which is required by law, although the result itself contains exactly as much intrigue as the election in Turkmenistan. Northrop is expected to win about $ 85 billion in the design and construction of initial shipments of new missiles. GBSD are going to start replacing ICBM Minuteman-3 from the mid-2020s, although the deadlines are almost guaranteed to “leave” to the right. At the same time, Pentagon officials, in particular, Ellen Lord, say that “there is no way” to conduct another LEP program (Life Extension Program; we also call them PSE, that is, “extension of service life”) for Minuteman 3 , which appeared half a century ago and passed only minimal updates during this time. Which, incidentally, is a lie: there, in addition to the stage engines, the warheads themselves and the guidance system taken from the ICBMs are replaced. So PSE, this missile would have passed, moreover, earlier and its operation was planned until the 2040s. Why did the Pentagon's point of view change? Here, besides the desire to grab funds for a new program, there can be two reasons. Or it was suddenly revealed that, despite the replacement of components and assemblies, there are some components that cannot be replaced, but their expected life was much lower than expected, and the missile in service until the 2040s simply will not survive. This has already happened: the fate of the advertised, but very briefly stood in service aviation KR AGM-129A is an example of this, and even the Americans abandoned the MX ICBMs somehow suspiciously easily. Another reason may be the receipt by the Americans of information that this ICBM simply will not be able to fulfill its tasks in the current situation and as a result of the actions of a potential adversary (read: Russia).

But, most likely, there is a combination of all three reasons, plus the full use of the lobby associated with Northrop-Grumman, including senators and generals. Evidence of this could be "torpedoing" on the same Committee amendments to conduct an investigation into whether PSE is unrealistic for Minuteman or Pentagon officials "dared to lie to Congress." It is curious that the proposal put forward by the well-known representative from the Hawaiian Islands of Tulsi Gabbard to postpone the withdrawal from the INF Treaty was also voted. But they accepted almost unanimously (49: 7) the proposal to ban the reduction of the number of US troops in Germany by up to 180 days after the Pentagon’s report to Congress that this withdrawal of troops would not harm the interests of the United States and its allies. Moreover, the Senate also puts forward a similar proposal to ban - a bipartisan (!) Group of senators led by Mormon from Utah Mitt Romney. In general, these people do not understand whether America really needs it or not, the main thing for them is to ruff Trump and torpedo any of his actions. 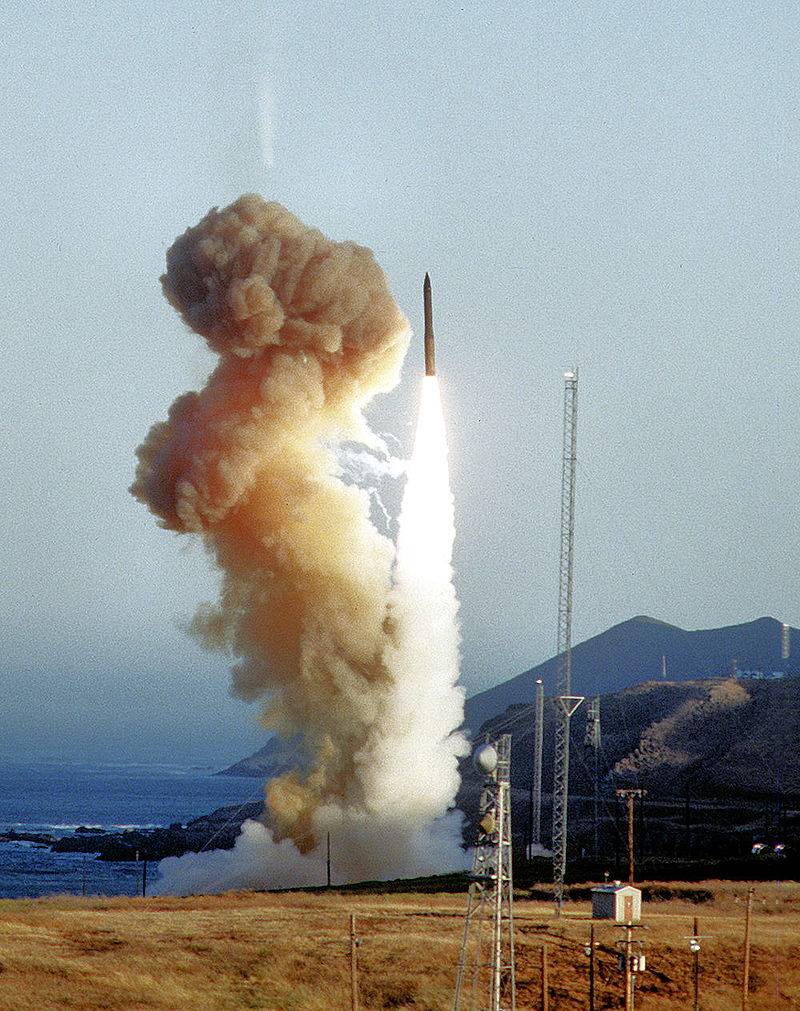 Ctrl Enter
Noticed oshЫbku Highlight text and press. Ctrl + Enter
We are
Situational analysis of the death of the MH17 flight (Malaysian Boeing 777), made on the basis of engineering analysis from 15.08.2014Results of the week. “In our cooperative, the board is always agreed”
Military Reviewin Yandex News
Military Reviewin Google News
22 comments
Information
Dear reader, to leave comments on the publication, you must to register.