Libyan review. French President: Turkey has nothing to do in North Africa 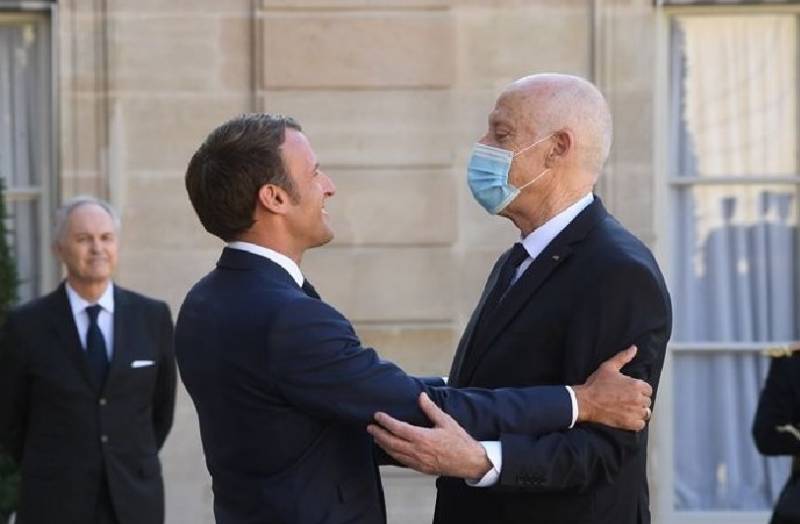 For more than a year, attempts to capture the capital of Tripoli by the Libyan National Army (LNA) under the command of Khalifa Haftar continued. It seems that they were unsuccessful.


Moreover, the success of the last few weeks has been with the troops of the Government of National Accord. They not only successfully defend the capital, but also went on the offensive. The armed forces of the PNS intend to develop it, trying to take control of the city of Sirte and the territory of Al-Jufra, located southeast of Tripoli.

According to EHA News, yesterday a representative of the operational headquarters of the military, subordinate to the PNS, said:

The Libyan army is preparing for a military operation to seize Sirte and Al-Joufra with all its forces.
On this occasion, Egyptian President al-Sisi expressed his concern during a visit on Saturday to a military base near the Libyan border. He promised to help the "Libyan tribes." weapons and military instructors. It can be assumed that the entry of Egyptian troops to help the LNA forces in defeat is also possible if the PNS forces manage to capture Sirte, located 900 kilometers from the Egyptian border. Egyptian Foreign Minister Shukri said yesterday:

We are trying to restore stability in Libya.
The parties to the conflict constantly accuse their opponents of receiving foreign military assistance. By all indications, the charges are justified. For example, yesterday the Il-76TD Ukrainian cargo plane was seen en route from the UAE in the direction of western Egypt or eastern Libya, as reported by Gerjon, referring to Flightradar24. The authorities of the United Arab Emirates have long been accused of military supplies of VLA, but there is no direct evidence of this yet.

Unlike the UAE, Turkey supports the regime of Faiz Saraj and the PNS by all means quite openly. To a large extent, the reason for the success of the PNS armed forces lies in the active Turkish military assistance and the transfer by the Turks to Libya of mercenaries from Syria.

Ankara’s activity in this region worried both North African countries and other Mediterranean states. Egypt expresses concern about Turkey’s actions in the region. His position is shared in Tunisia.

By some indications, French President Emmanuel Macron is trying to head this “anti-Turkish front”. Yesterday, he expressed his support for Egypt:

Egypt's concern that Turkey is located in Libya is justified.
On Sunday, Macron met with Tunisian President Qais Saeed, with much of their conversation regarding the Libyan issue. Both presidents agreed that Turkey has nothing to do in North Africa, and that the war should be stopped, without allowing Libya to split into two parts.

Macron in a conversation sharply condemned the actions of Turkey:

We will not accept the role that Turkey plays and its transfer of Syrian mercenaries to Libya.
Yesterday, he also enlisted the support of Donald Trump in promoting the idea of ​​a ceasefire in Libya and a decrease in military activity there from Turkey.

Ctrl Enter
Noticed oshЫbku Highlight text and press. Ctrl + Enter
We are
LNA of Marshal Haftar put forward an ultimatum to the PNS Faiz SarajLibyan rebels can not take the last stronghold of Gaddafi
27 comments
Information
Dear reader, to leave comments on the publication, you must to register.