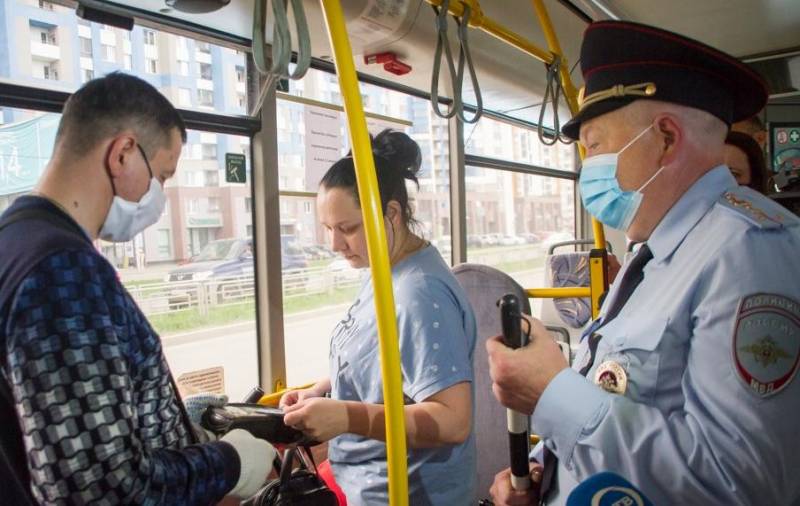 As is known, Russia was seriously quarantined only near Easter, although non-working days were announced later. And not right away, like the owner who really felt sorry for his dog. Nobody has ever introduced any emergency or emergency, saving not only billions, but trillions for the treasury. The matter was limited to some slurred high-alert regime, which was also introduced by each governor - as he wanted and when he wanted.

As a result, for the general public everything turned into a traditional Russian “maybe it will carry it through”, and for those who do not consider themselves to be a rogue, they do not give a damn. It seems like "it does not concern us." The vast majority of real quarantine violations came from the so-called cream of society. There are refusals from two-week quarantine, and concealment of information about infections, and escapes from clinics, and other little things.

However, many Russians still continue to believe that we still have to say thanks to the authorities for extremely severe restrictions. For fines and jail time in the jail, you probably also need to say thank you without stopping. Most of the Russian electorate, as has been shown by street monitoring data more than once, demonstrated law-abiding behavior. 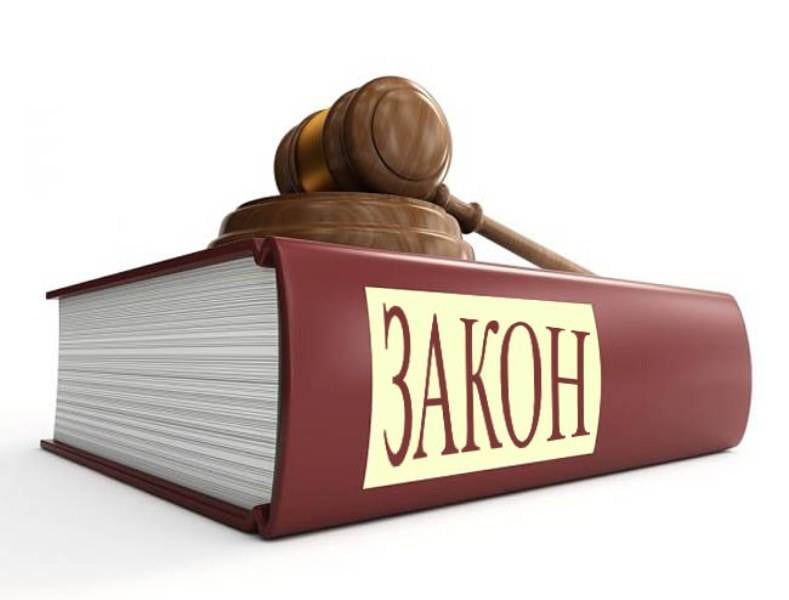 However, such law-abiding is not for long. Just three months, no more. And one cannot but admit the obvious. The main and most fundamental decision during self-isolation and quarantine, which no one dared to directly voice, was a complete carte blanche for repressive measures. Apparently, the fact that they did not affect the passive majority does not change much in essence.

Another thing is that with various kinds of internal sanctions, including with penalties, the situation as a result was no better and no worse than with any other legal innovation in Russia. The more stupid and meaningless directions come down to us from above, the more chances are that below nobody will seriously think to execute them.

No, for the sake of showing off, for reporting upstairs, or for awards or prizes - this is please, but on the case - dismiss. The showcase in this sense, of course, was Moscow. There, the mayor’s measures were much tougher than anywhere else, and Mr. Sobyanin himself, apparently, did not suddenly take off to the high post of the head of the impromptu All-Russian anti-virus headquarters.

The Moscow mayor, albeit not by rank, but immediately gave birth to a notorious decree of March 5. He endowed anyone with such powers that you can only envy. But how could it be otherwise, because according to the law the high-alert regime itself should not apply to people, especially healthy ones, but exclusively to representatives of the authorities.

But this, you see, for such a successful regional leader, as Sergei Semyonovich, is somehow shallow. And therefore, by the same decree, ordinary duties were assigned to ordinary people, from which he should at least climb the wall. For his sake, the people, good, of course. But with the rights it was already completely in any way: not only was it just scary to move, it was better not to stutter about any claims, let alone protests.

The capital has become not just a showcase, but a sort of training ground on which the most diverse methods of influencing the masses have been tested. In the early days of the "tough measures" - patrols, like from the cruiser Aurora, at least three strong guys. Cars with loudspeakers calling not to leave the house, a little later - watering machines for disinfection, from which you expect the crowds to disperse.

I repeat my thesis from the first review (“The plan for fines. Penalties according to plan ”): an unofficial go-ahead was given to everyone, from store guards to judges, up to respected members of the Supreme and Constitutional. About who and how used this go-ahead and what the same penalties cost, will be described in the final review.

What all turned out in the end, will have to figure it out for a very long time. Directly, the majority of the population did not dare to seriously rip off. Almost nowhere, until the present confrontation came only in Ossetia. Indirect losses due to the destruction of the business, sharply increased unemployment and other reasons are not perceived so hard, but the negative from them will be enough for another years to come.

I don’t dare to judge how much this was comprehended or somehow stimulated, but law enforcement officers correctly perceived the “go-ahead” from above and in another sense. In addition to random and, in fact, unsystematic and useless in terms of ensuring the safety and health of the population, visits to the general public, a real wave of detentions in the ranks of the opposition went.

Almost any action, which, if desired, could be regarded as a “call of power”, immediately brought up some kind of “coronavirus” article. It is by no means accidental that such characters as the Trans-Baikal blogger Lyokha Kochegar or political scientist Nikolai Platoshkin, who only called for hanging red flags on Lenin's birthday, fell under the steamroller of the Russian law enforcement system precisely on the days of self-isolation. 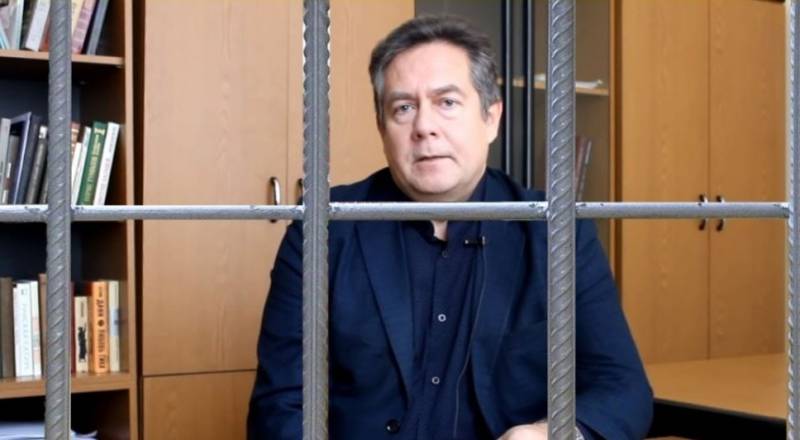 A kind of litmus test in relations between the government and the public, at the beginning and at the end of quarantine, I would call two events, separated by a couple of months, at the Bulgakov Patriarch's Pond in the capital. When citizen Vorobyov was detained on the shore with the characteristic name Jesus, from whom the little dog ran very far away at the wrong time, many were ready to take it with humor. But it would not be so sad, although Vorobyov, as the media write, still got off easily.

But when, under the thunder of fanfare, in connection with the first stage of lifting the quarantine on the Patrick, a noisy party suddenly gathered at night and the motorcycles were parked almost directly in the pond, it was no laughing matter. My cousin, who appeared on Mayakovka that day, heard the rumble of speakers from the other side of the Garden Ring.

Local residents continuously called 102, but could not get the party to disperse. And only when the notorious Sergei Mitrokhin, the current leader of the Yabloko party, came to the cult place, did those who should appear appear on the Patriarchs. I have no doubt that the police most wanted to detain Mitrokhin, but in the end I had to do something just with the rambling golden youth.

By the way, few paid attention to the fact that even the highest authorities, that is, performers of the main roles, at the height of quarantine behaved according to all the rules of the detective genre. Evil investigators were definitely played by the capital’s mayor and chief doctor of all Russia with the simple name of Popov.

The President and the Prime Minister got more winning positive roles, and often they were happy to give the opportunity to solo with good the news to vice-premier Golikova or someone lower in rank.

As a spice to words and decisions, there have always been numbers. Moreover, until mid-May it was primarily data on the number of cases and the number of deaths, and the positive about how many were cured and discharged from hospitals had to be searched. But now even the running line on TV and Internet search engines is limited mainly by positive and general figures. And you have to look already negative.

When the penalty terror came to naught

Is it worth recalling that everything has changed as soon as the head of state has the courage to name the exact date of the Victory Parade - June 24. Voting on amendments to the Constitution, almost simultaneously scheduled for July 1, only added to the picture of a brighter future.

But even more spectacular was the quick way out of Moscow’s self-conclusion - all at once. Muscovites did not have time to figure out the anecdotal schedule of walks, scrupulously drawn up by the assiduous assistants of Mayor Sobyanin, when they simply fused this schedule with a stroke of the president’s pen. 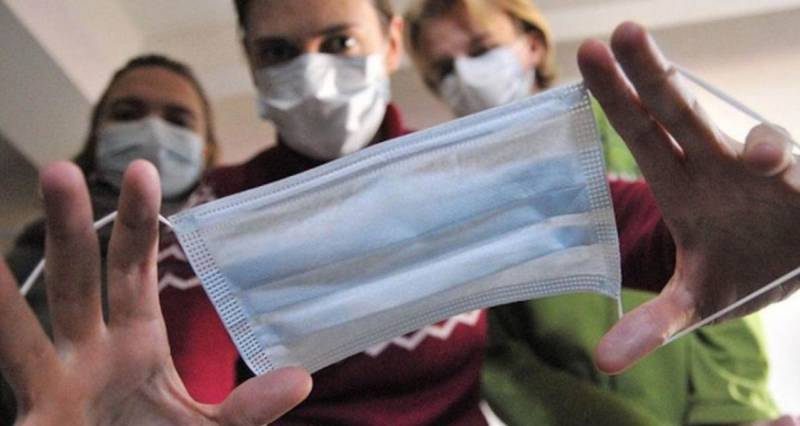 Some restrictions, of course, have remained valid until now, masked us can be forced to walk almost next spring, but this is not the main thing. The spirit of freedom hovers over the capital. By and large, he did not leave the rest of Russia, in spite of all the efforts of valiant law enforcement officers. It seems that the pandemic did not teach them anything else but to "drag and not let go."

But the feeling that many of our "cops" and how they are there, who don’t bother too much with the depth of legal knowledge, doesn’t leave me, during the days of the pandemic and quarantine, it simply blew the roof. From permissiveness that fell on them somehow suddenly and immediately. When it turned out that everything that was applicable only to especially dangerous and scumbags was now allowed to apply to everyone. Though to old people and children.

Here and for examples you do not have to go far, because the media are literally crowded with them. What is at least an attempt, and almost a success, to drive a 75-year-old old woman into a psychiatric hospital, who dared to get out of the house not to the pharmacy or to the store, but behind the grocery set promised by the local authorities. Or arrest, and in front of two crying babies, their father, who was not even allowed to reach his mother.

But statistics are already talking about how quickly everything began to return to a semblance of a normal channel. In the first half of June, the number of detentions, the number of fines and unlawful court decisions decreased significantly compared to April and early May. But at the end of May, the indicators were only slightly higher, but the reasons here were completely different.

The whole point here is in the sense of the actions of those who were assigned to vigilantly watch and observe quarantine. The notorious meaning in Russia under any government, even Soviet, as you know, meant only one thing - money. Just in time for the third decade of May, it turned out that there was no sense in excessive zeal.

Everyone knows how the heroic doctors were thrown: after all, it was announced by Vladimir Vladimirovich himself. And the majority only guesses that they tried to “throw” law enforcement officers in the same way. And very many people do not want to believe in this at all.

But as soon as the team from the Kremlin slightly “let go”, there were a lot of people who diminished their own agility in response. In addition, the go-ahead for the subject not to go too far obviously went, otherwise people may not vote like that. But this is generally a separate issue.

And yet, the feeling of own omnipotence, which penetrated the brains of thousands of Russian security officials and even thousands of judges, is a very dangerous syndrome, in my opinion, very dangerous also by how it quickly ended. It is hardly worth reminding here who and what needs to be forced to do so that his forehead is broken, but this, alas, is not a matter of stupidity.

Ctrl Enter
Noticed oshЫbku Highlight text and press. Ctrl + Enter
We are
About Stalin and KhrushchevWhat you didn't want to know about England
Military Reviewin Yandex News
Military Reviewin Google News
81 comment
Information
Dear reader, to leave comments on the publication, you must sign in.