Faces of the Victory Parade. Stories of heroes who walked through Red Square 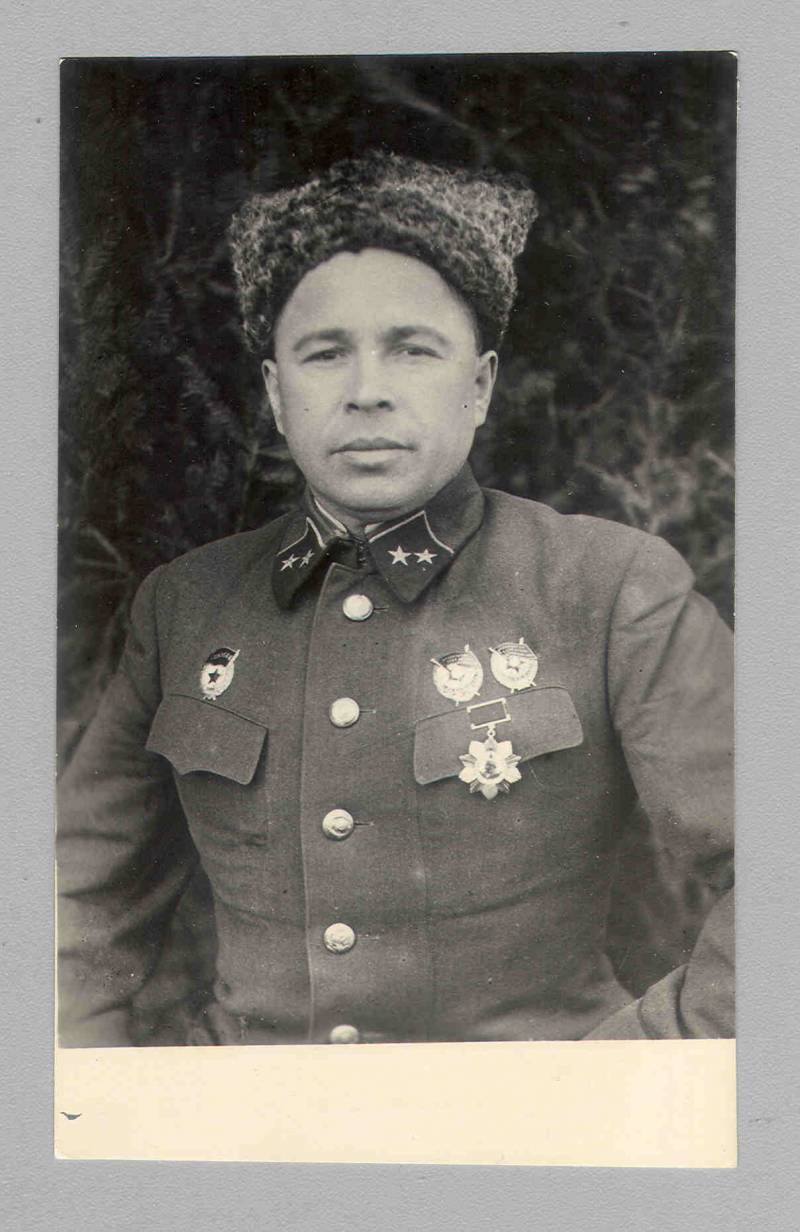 On June 24, 1945, exactly 75 years ago, the legendary Victory Parade was held in Moscow. The ceremony was attended by more than 30 thousand soldiers, behind each stories feats, victories and bereavements. The Museum of Defense of Moscow contains many photographs and objects related to the names of the heroes who, in June 1945, walked along the cobblestones of Red Square.


About some participants in the Victory Parade, their combat path and exploits - in the material Mosgortur.

Afanasy Pavlantievich Beloborodov received his baptism of fire long before the Germans arrived on Soviet soil. Back in 1919, when he was 16 years old, as part of a partisan detachment, he fought against the Kolchakites, and four years later joined the Red Army.

Afanasy Pavlantievich met the Great Patriotic War in the Far East with the rank of lieutenant colonel. In the first months of the war, he supervised the training of soldiers and officers, and in October 1941, Beloborodov and his soldiers went to defend Moscow, to which the German invaders came close.

Lt. Col. Beloborodov and his 78th Infantry Division took their first battle of the Great Patriotic War on November 4, 1941 in the Volokolamsk direction. The soldiers of Athanasius Pavlentevich fought with great courage and stamina. For this, their division was honored: three weeks after that battle, on November 27, 1941, by order of Stalin, it was transformed into the 9th Guards Rifle Division.

The successes of Afanasy Pavlantievich did not go unnoticed: after the division he was entrusted with command of the corps, and then with the army. Having liberated their native land, Beloborodov and his soldiers went west, destroying the Nazis in other countries. Victory Day Afanasy Pavlantievich, who received the rank of Colonel General in early May, met near Danzig (modern name - Gdansk), accepting the surrender of German soldiers. 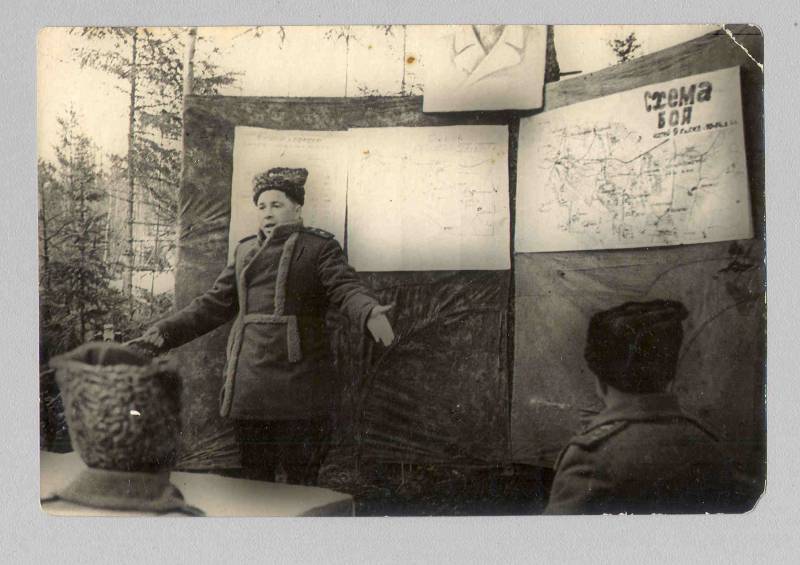 For Athanasius Pavlantievich, the Victory Parade on June 24, 1945 did not put an end to the war. Only a few days later he went to the Far East, where Hitler's allies refused to capitulate. About two months later, victory was won over the Japanese troops - for this Beloborodov was awarded the Order of Suvorov 1st degree.

An important role in the victory over the Nazis in the Great Patriotic War was played by reliable Soviet military equipment. One of those who supplied the army with machines and supervised their repair was Petr Pavlovich Bondarenko. 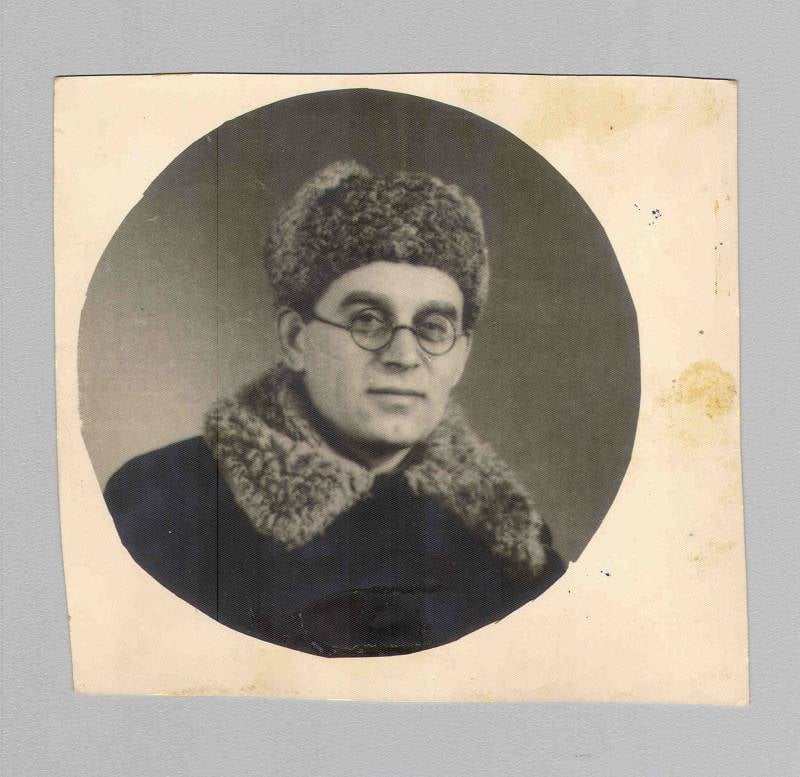 In November 1941, when the Germans came close to the capital of the USSR, a meeting of commanders of motor battalions was held, at which Peter Pavlovich was present. It was decided to create a "battalion of fire on wheels." 56 GAZ-AA vehicles entered this connection, several units were installed in each weapons. The soldiers of this battalion caused a lot of trouble to the Nazis, and during the counterattack of the Soviet troops, they were one of the first to enter Maloyaroslavets occupied by the enemy. 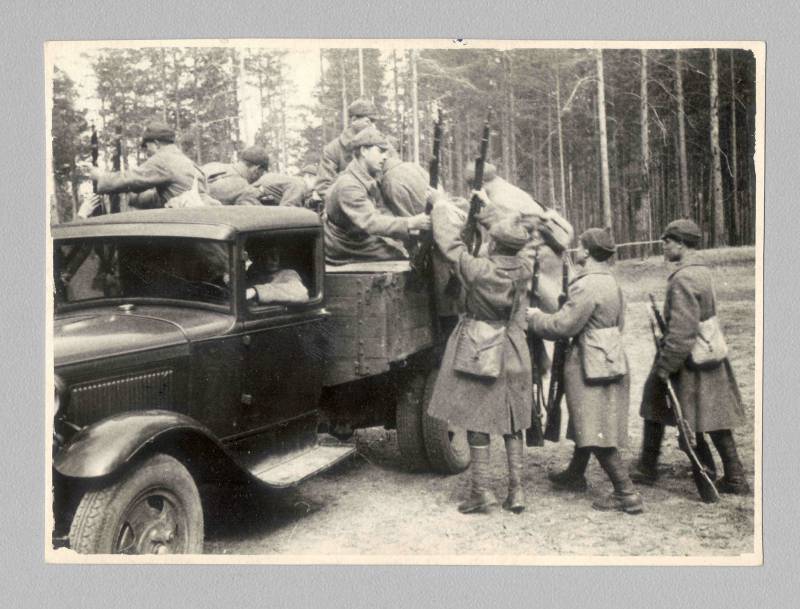 For his services to the Motherland, Peter Pavlovich received the Order of the Red Star. In the award sheet it was written:

“During the hostilities he did a great job of repairing vehicles, showing initiative and resourcefulness in this. Thanks to his personal initiative and ordering, a large auto repair base was created, with the help of which a large number of vehicles were repaired to provide defense parts. Significant assistance was provided to industrial enterprises of the city of Moscow to evacuate valuable equipment inland. Much work has been done on the transfer of troops and military cargo for units of the army. All this work has been done under the direct supervision of Comrade Bondarenko. ”
Shortly before the end of World War II, on March 27, 1945, Pyotr Pavlovich received the rank of major general of technical troops.

Pavel Danilovich Gudz was born in 1919 in the village of Stufchency. After graduating from school, he entered the College of Arts and then became an instructor in the district department of public education. However, he soon decided to drastically change his life and entered the 2nd Saratov tank school. After studying, Pavel arrived in Lviv, where the 63rd Tank Regiment was based. Among his brothers in arms, he was in early June 1941, just a few days before the German invasion.

In the morning of June 22, the regiment of Pavel Danilovich got up on alert and joined the battle with the enemy. On the first day of the war, a platoon of Guja was able to destroy several German cars. For a week, Soviet soldiers defended their positions, but the enemy’s forces were too great. On June 30, fighters learned that the Nazis had entered Lviv, and the Red Army had retreated. Pavel Danilovich and his colleagues were cut off from their own, they urgently needed to find a way out of this difficult situation.

After a short discussion, it was decided to break through the enemy line and go through the captured Lviv. A column of equipment was led by a tank under the control of Guja. Despite the fierce resistance of the enemy, Pavel Danilovich and his comrades managed to complete the combat mission.

A few months later Pavel Danilovich was in Moscow: he was called there to receive new equipment. In the capital, Hutz took part in the legendary parade on November 7, 1941, and shortly afterwards returned to the front in order to protect Moscow from the German offensive in his KV-1 tank.

During the war, Pavel Hudz was seriously injured several times. At the end of 1942, near Stalingrad, during one of the battles, several fragments hit him, on the same day the tanker received two bullet wounds. After the hospital, he returned to the front. 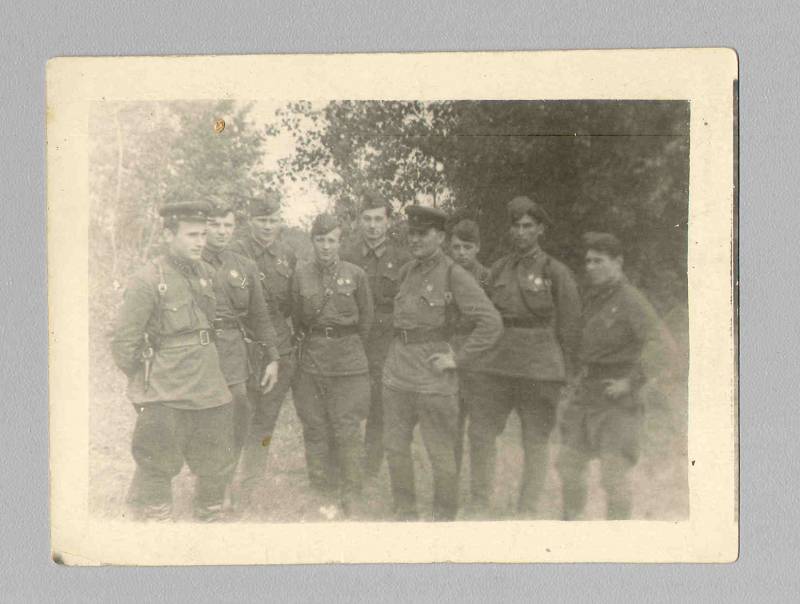 In 1943, in Zaporozhye, his tank was hit by an enemy. Two crew members of the car were killed, and Pavel Danilovich himself was seriously injured - a fragment of a shell shattered his left hand. Despite his injury, he continued the battle and destroyed two enemy tanks. The Germans fired back at Guja's car, after which he lost consciousness. A soldier woke up at the hospital. The left hand had to be replaced with a prosthesis, but after a few months Pavel Danilovich was back in service. 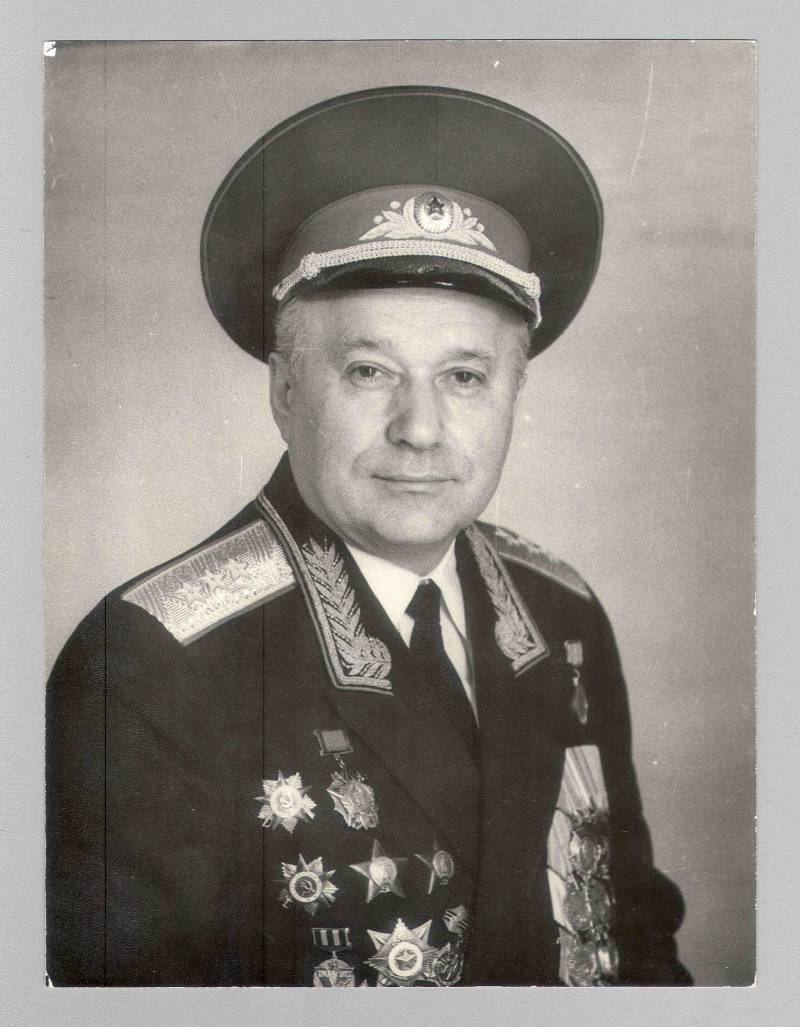 Pavel Danilovich Hudz deservedly bears the title of one of the main tank aces of World War II: during the years of battle, he destroyed 15 German tanks.

The military career of Karp Vasilyevich Sviridov began many years before the first shots of the Great Patriotic War. He was born in 1896. The First World War fell to his lot. And when the revolution thundered in the Russian Empire, Sviridov sided with the Red Army.

After returning from the front in 1920, the young soldier entered the First Machine Gun Courses in Moscow. Cadets lived in the Kremlin. Years later, Karp Vasilievich told me that in the Kremlin, while studying, he was standing on guard posts No. 26 — next to Lenin’s office, and No. 27 — not far from Vladimir Ilyich’s apartment. 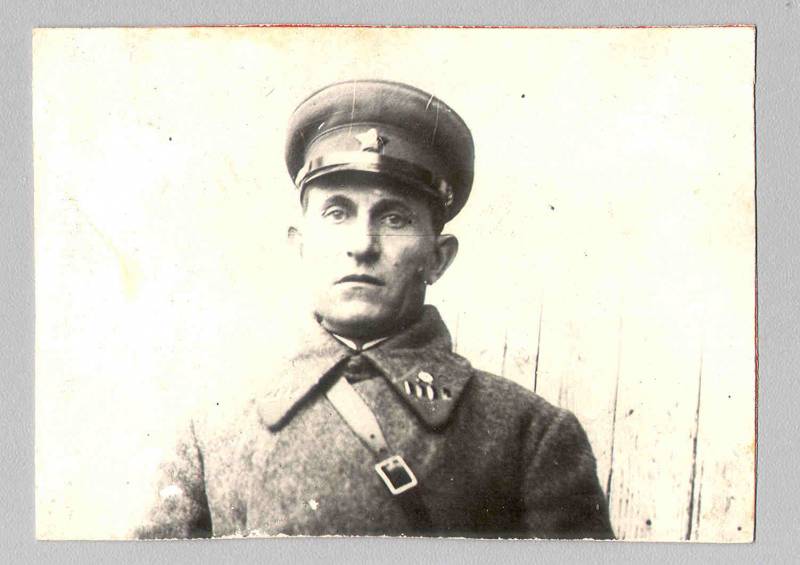 When the Great Patriotic War began, Karp Vasilievich was in the rank of colonel and commanded the 18th Infantry Division. Sviridov and his fighters took their first battle near Orsha. After one of the battles on the Western Front, the Karp Vasilievich’s division was surrounded by Germans - they managed to get out at the cost of huge losses, which soon the Sviridov’s division was disbanded, and he took command of the 363rd Infantry Division. 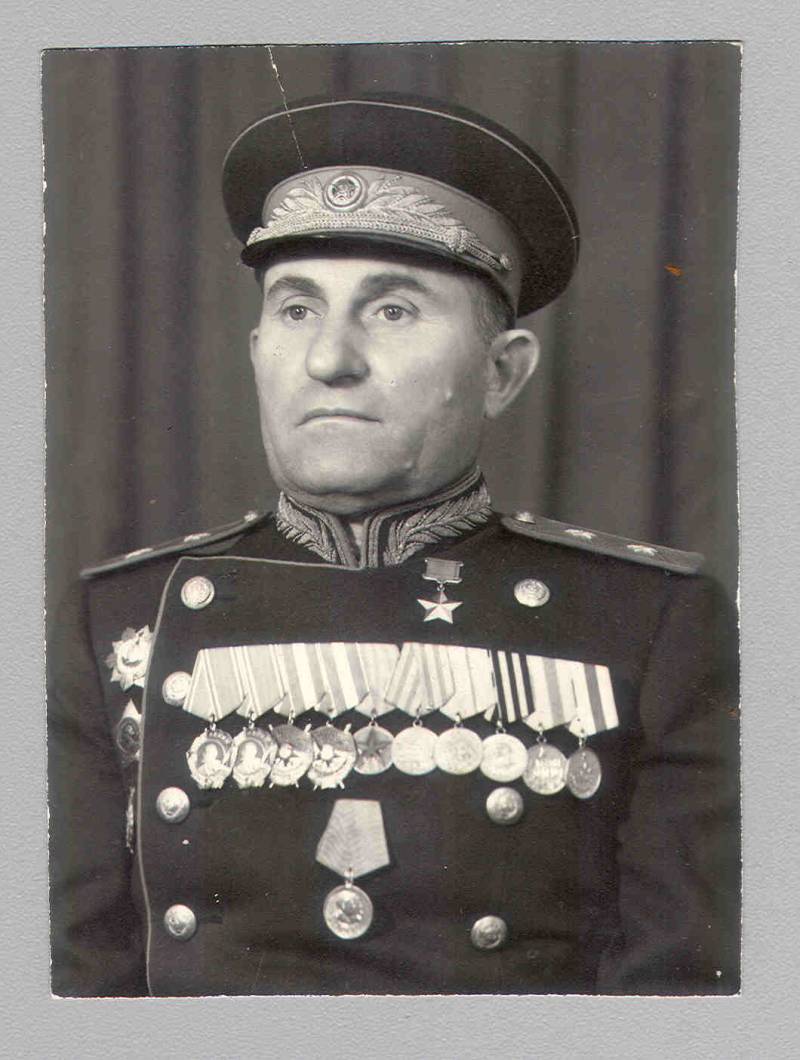 With his fighters, Karp Vasilievich participated in the Soviet counter-offensive near Moscow, and then fought off the invaders of the city of the USSR, moving west. Sviridov's soldiers participated in the liberation of many European cities: Vienna, Gyor, Brno, Budapest and others. The last battle of the fighters Karp Vasilyevich happened after the surrender of the Nazi command near the Czechoslovak village of Slavitsy.

A special place in the history of World War II is occupied by the feat of Podolsk cadets who detained Germans on the outskirts of Moscow. Among these heroes was Yakov Pavlovich Kiselev. 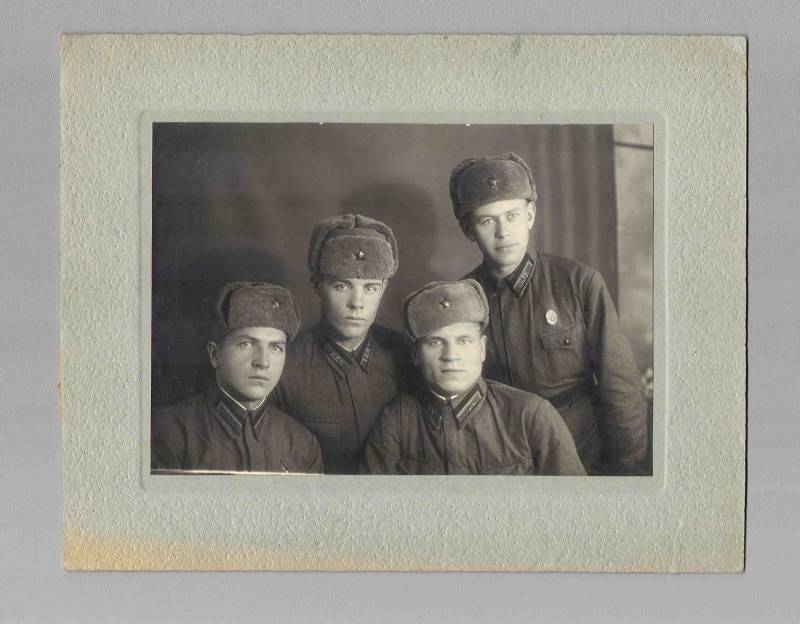 On October 5, 1941, by order of the leadership, the cadets went to the Ugra River, where the Nazis entered. The path of the soldiers ran through the small town of Medyn, which had been bombarded by German fighters the day before. 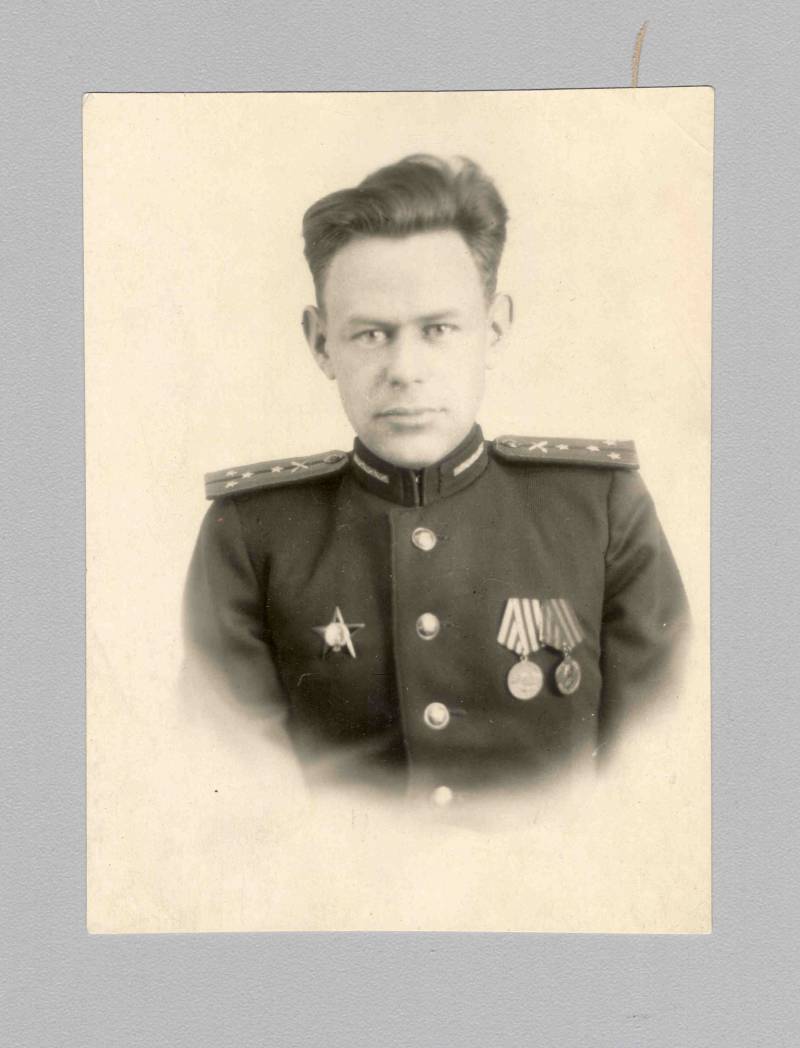 After many years, Yakov Pavlovich recalled Medyn so:

“The city was on fire. To the right, by the side of the road, opposite the blazing kindergarten building, there was a dead woman, clutching her child to her chest, and at some distance several heads of cows (nurses of many families), apparently returning from the pasture. It was a heavy sight. The hearts of the cadets clenched in battle, and they each vowed to swear revenge on the enemy. "
For almost three weeks, young heroes held back German troops. During this time, they destroyed about 5 thousand Nazis. However, the heroes had to pay a high price - out of 3500 thousand cadets, about 500 remained alive.

For this feat, Yakov Pavlovich and his classmates were presented to the Order of the Red Banner. In the award sheet it was written:

“Bravely and courageously participated in the battle, being in the forefront of the group. Despite the hurricane mortar fire, boldly with a group of cadets threw themselves into a counterattack and repelled the enemy’s attack. ” 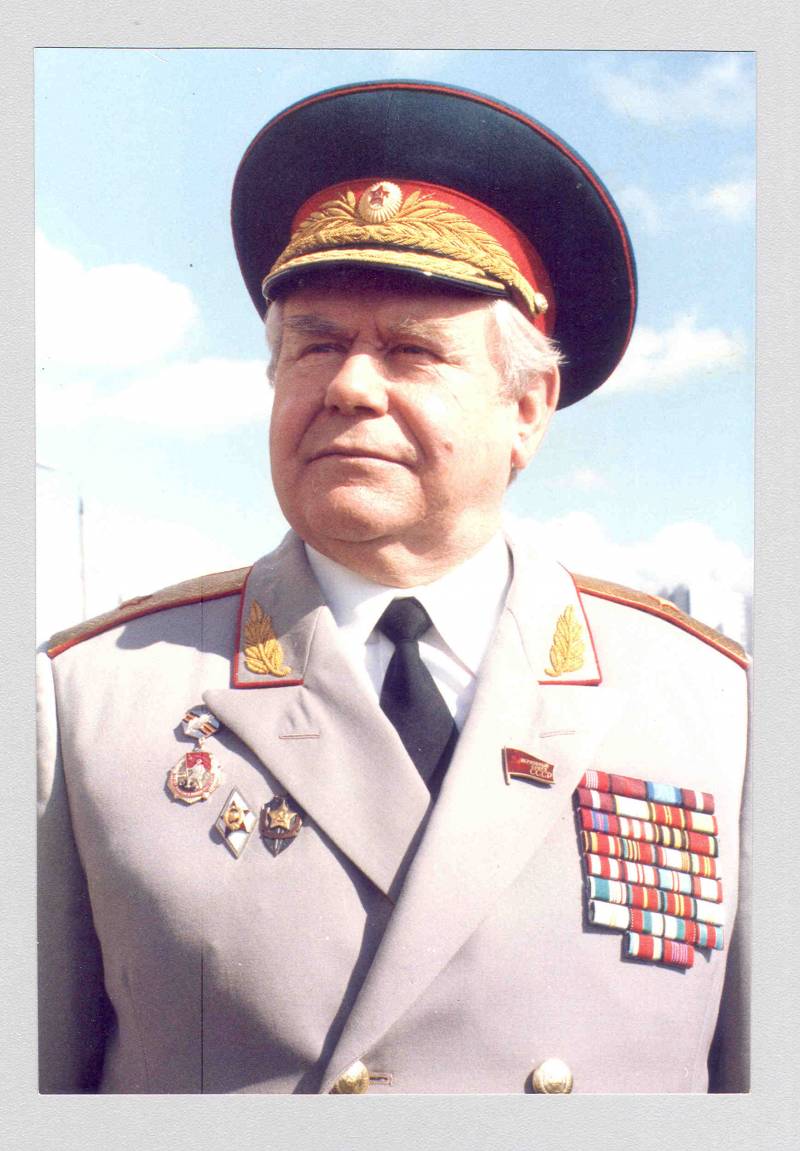 Ctrl Enter
Noticed oshЫbku Highlight text and press. Ctrl + Enter
We are
Everything for the front! All for victory!Fathers are the winners. Heroes of bygone days
Military Reviewin Yandex News
Military Reviewin Google News
9 comments
Information
Dear reader, to leave comments on the publication, you must to register.