Steel Front Friend: From the History of a Soldier's Helmet 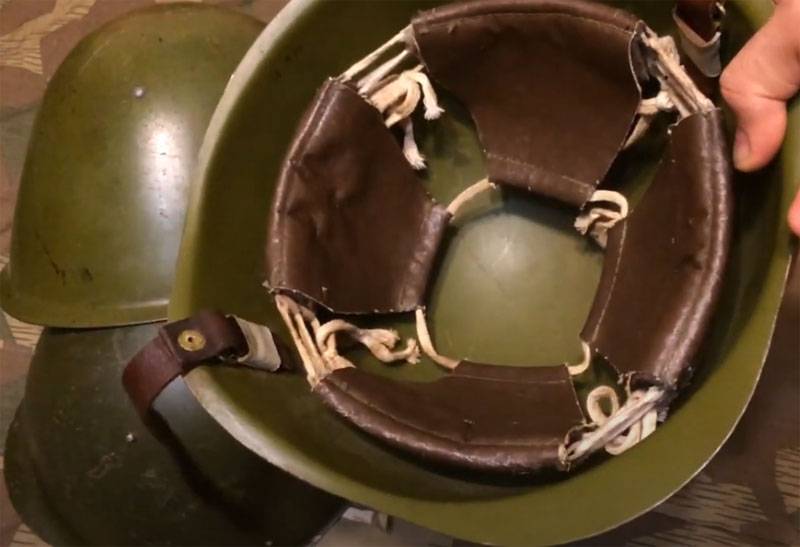 There are only a few days left until the Victory Day parade, which we will hold on June 24. It is probably historically correct to hold this parade on the very day that the famous parade of the winners, which became yet another military award to war veterans, was held. Not just winners, but war heroes. Let me remind you that only front-line soldiers participated in the 1945 parade and only were awarded repeatedly with military orders and medals.


Today we’ll talk about one participant in the Victory Parade, which many simply don’t notice, but who, to some extent, “participated” in the life of every Soviet family, who saved Soviet soldiers and officers from death along with orderlies and doctors. Which is today, probably, in any military-historical museum.

Today I decided to remind readers of a simple soldier's helmet. The same one that went through the whole war with infantrymen, sappers, scouts, artillerymen and partisans. Even generals and marshals, being on the front line, were not shy about this soldier's defender.

Until the outbreak of World War I, European armies did not really think about combat helmets for their soldiers. Only a positional war, or as the trench war was then called, made the commanders think about protecting the head of a soldier. I understand that today it sounds a little wild, but in the early years of the First World War, most soldiers died from wounds to the head.

We wrote a lot about small arms weapons, which in the 20th century has become much more effective than before. They wrote a lot about artillery, in the arsenal of which there were shells specially designed for the destruction of precisely manpower. World War I quickly modernized European armies in the sense of armament. Accordingly, a soldier who needed to stick his head out of the trench was injured precisely in it.

The "father" of modern military helmets should be considered the French General Auguste Louis Adrian, who in 1915 developed a steel helmet that protected soldiers from shrapnel and shrapnel. Note that the helmet was not a protection against direct bullet hits. The effectiveness of the helmet stunned the command of the French army. After equipping the army with Adrian's helmets, the number of head wounds decreased by 30%, and the number of deaths from such wounds by 12-13%! 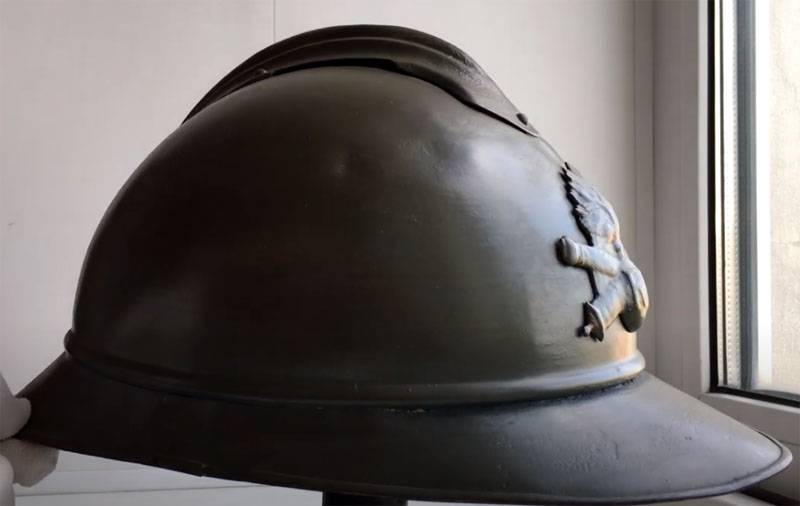 Hadrian's helmet consisted of 4 parts. A hemisphere helmet made of steel 0,7 mm thick, front and rear visors made of the same steel, a crest on the top of the hemisphere, to enhance protection and cover the ventilation hole from above, a leather cap comforter made of horse leather. The weight of the helmet, depending on the size (3 different), ranged from 700 to 800 grams.

By the way, modern researchers on the means of protecting soldiers on the battlefield note the beauty and reliability of the helmet design, as well as its combat properties. By some characteristics, it is this helmet that surpasses even modern helmets.

So American scientists from the Department of Biomedical Engineering at Duke University conducted a study of 4 types of helmets during the First World War and a modern protective helmet. The goal was to identify how a soldier's helmet protects against shell shock when exposed to a blast wave. It turned out that it was Adrian's helmet that copes best with this task.

In the Red Army, this helmet was used quite widely and can be seen on many campaign posters of the pre-war period, in films and in the photo. This was due to the presence of a sufficiently large number of these helmets in warehouses. The Russian imperial army used them since 1916. True, the royal emblems were removed from the helmets and replaced with tin stars. The same helmet became the prototype of Solberg's Russian helmet. It is this helmet that we see on the heads of Soviet and Finnish soldiers during the Soviet-Finnish war. 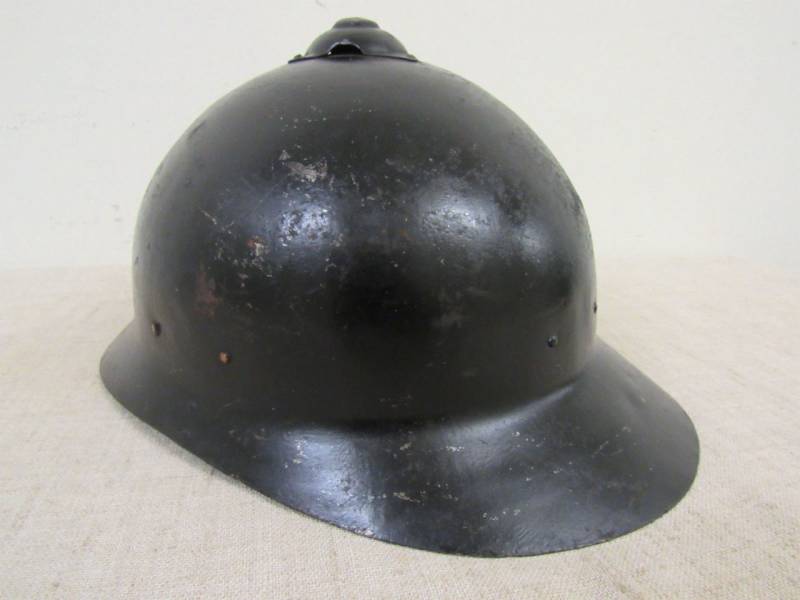 Well, the last thing about Adrian's helmet. What causes questions from many readers. On helmets of the period of the Second World War there are no identification marks on the front. In the best case, there is a painted star or SS sign on the side. Why?

In the course of using Adrian's helmets, a strange feature of combat helmets was revealed. The crest from above was an enhancement of the protective properties of the helmet, but the metal emblem, on the contrary, reduced the protective properties. Some countries abandoned emblems altogether, others transferred emblems to the side surfaces of the helmet. Hence the subsequent actions in the development of other samples. Emblems began to be applied with paint. Ours are on the front of the hemisphere, the Germans are on the side ... A star or a sign of belonging to the SS was more of an "army chic" than a necessity.

How the helmet of winners was created

Attempts to create his army helmet in the USSR were quite active. However, I will not talk about all attempts to copy or upgrade the helmets of other armies today. I’ll tell you about a truly breakthrough invention of our designers, which became the “father” of the helmet-winner. About SSH-39, a steel helmet of the 1939 model. It was made from 1939 to 1942. 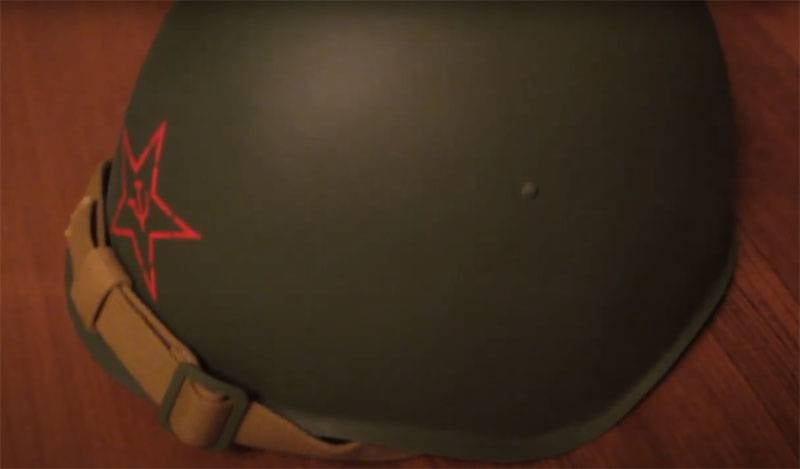 In the period 1936-37, many experimental helmets were created in the USSR. These developments were based on helmets of foreign armies. The Rzhev landfill at that time resembled an experimental site. The tests were in full swing. In 1938, the final decision was made about which helmet suits the Red Army.

In appearance, the new helmet was very similar to the Italian M33. I did not find the exact data, so the conclusion was made simply by the appearance of the helmet. And during the Civil War in Spain, this helmet was used quite widely there.

The helmet was made of steel with a thickness of 1,9 mm. Helmet weight was 1250 grams. Dome comforter made of fabric, leatherette, domed waxed fabric. Under the fabric a felt or fabric gasket. The comforter was adjusted using a rope in the upper part of the dome. The fabric was attached to a steel hoop, which in turn was attached to the helmet with three rivets.

It should be noted that this design, when the cap comforter does not touch the helmet, made it possible to significantly reduce the cost of helmet production and solve the problem of ventilation of the soldier’s head without additional holes in the helmet. The manufacturer’s stamp on Soviet helmets was placed on the back of the helmet next to the size of the helmet.

This helmet served in the army, and then in educational institutions of the Civil Defense until the 60s of the 20th century. True, it is unlikely that a layman will be able to recognize him among the subsequent SS-40. The fact is that after the war the SSH-39 went through modernization and received a send with the SSH-40. And the stamp was put precisely in the years of modernization-1950.

And here he is, a helmet-winner in World War II. The famous SSH-40. The brainchild of Lieutenant Colonel V. Orlov. That same Lysvenian helmet. In fact, the SSH-40 is a modernization of the SSH-39. You can distinguish them by the number of rivets. There are 40 on the 6th model. This is due to the sub-body device. Now it consists of three dermantine petals, which are connected at the top by a cord. Inside each petal is cotton wool. The chin strap is divided into two parts. Now it can be adjusted in length without restrictions.

But the most important difference of the SSH-40 is the manufacturing material. Unlike the SSh-39, the helmet is now made of alloy steel 36SGN grade 1,2 mm thick. Durable and reliable helmet of a Soviet soldier withstood hit machine gun from a distance of 150 meters. But even in the case when the bullet pierced the helmet, the probability of a fatal wound was reduced significantly. The energy of the bullet was simply not enough to fully disable the fighter.

Why is the helmet, which has become an integral part of any monument to the Soviet soldier-liberator, called Lysvensky? How did a small town beyond the Urals deserve such an honor?

The fact is that in the USSR only three factories were engaged in the production of helmets for the army - in Leningrad, in Stalingrad and in Lysva. It is clear that after the outbreak of war, two factories were forced to stop producing helmets. Leningrad was in a blockade, and the plant in Stalingrad was completely destroyed. Thus, the only manufacturer was the plant in Lysva.

This plant is generally legendary. Shells for anti-aircraft and air cannons, incendiary bombs, shells for the "Katyusha" went to the front from Lysva. But the plant workers received thanks from the front-line soldiers and their families for the release of the SSH-40. During the war, since 1942, the plant handed over to the front more than 10 million SSH-40 helmets! Agree, the numbers are impressive. Soldiers often called the helmet a "steel front-line friend".

Descendant of the winners

The story about helmets would not be complete if not to mention the descendants of the SSh-40. The fact is that most of the veterans who served in the Soviet Army remember "their" helmet. Very similar to the 40th, but still different. Different in form. Indeed, the famous helmet has been modernized several times. It underwent the most significant modernization in 1968. The strength of the helmet was increased, changed to a greater slope of the frontal wall, and the sides were shortened. And the weight of the helmet increased to 1,5 kg in full assembly.

But, the number of helmets in warehouses today even exceeds the necessary. Therefore, their production is discontinued. However, our designers do not intend to stop. Yes, and materials today allow you to create more effective means of protection.

Today, the uniform military combat helmet of the Russian army is 6B47, which is better known as the "Ratnik" helmet. In development since 2011. It is made on the basis of fabric materials based on microfilament threads and provides the possibility of using additional devices. The helmet is half a kilogram lighter than the SSh-68. Weight is only 1000 grams.

The legend will again pass on Red Square

Soon we will again see many legends at the Victory Parade. We will see machine guns, rifles, machine guns, Tanks, "Katyusha", guns ... Weapons that smashed the enemy on all fronts of World War II. We will see the descendants of the winners. And we will definitely see a simple soldier's helmet, which saved the lives of hundreds of thousands, maybe millions, of Soviet soldiers.

Ctrl Enter
Noticed oshЫbku Highlight text and press. Ctrl + Enter
We are
Fourteen Parades of the Middle KingdomDiplomats of the People's Commissariat of Defense: on the eve and during the war
Military Reviewin Yandex News
Military Reviewin Google News
28 comments
Information
Dear reader, to leave comments on the publication, you must sign in.