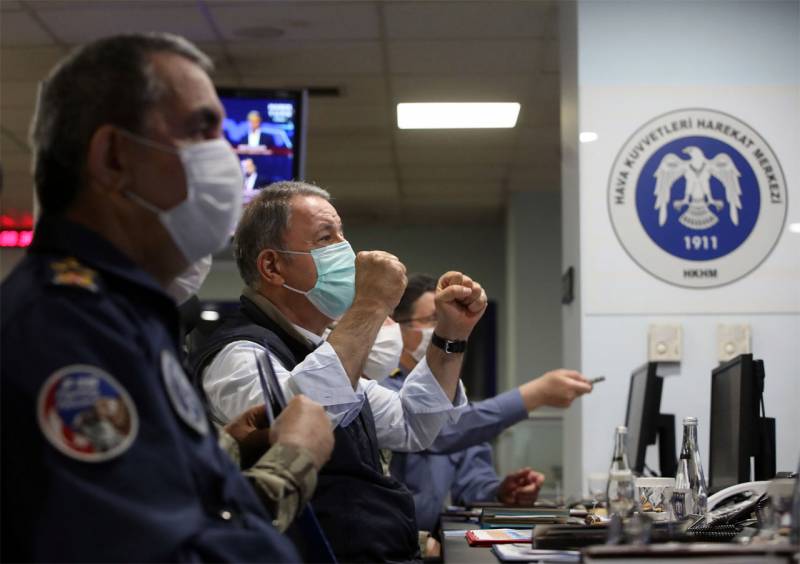 Turkish President Recep Erdogan in the "best" traditions of Sultan Suleiman (Magnificent) opened another front of the hostilities of the Turkish army. It became known that Turkey began a military operation in northern Iraq. The operation received the loud name “Eagle Claw” and is directed against representatives of the Kurdistan Workers Party, as reported by the press service of the Turkish Ministry of Defense.

Turkish Minister of Defense Hulusi Akar said the operation was “defensive in nature” and directed against “terrorist shelters, warehouses and caches.” Recall that in Ankara, the Kurdistan Workers Party is recognized as a terrorist organization.

Press Service of the Ministry of Defense of Turkey:

Recall that the Turkish military at the moment also operates in Libya and the Syrian Arab Republic.

Iraqi media write that the Turkish military operation was not coordinated with official Baghdad.

Ctrl Enter
Noticed oshЫbku Highlight text and press. Ctrl + Enter
We are
Reports from the militia of New Russia for 27-28 September 2014 of the yearInterview of Vladimir Putin with Radio Europe-1 and TF1
Military Reviewin Yandex News
Military Reviewin Google News
65 comments
Information
Dear reader, to leave comments on the publication, you must to register.