Tank M1 Abrams is no longer the best 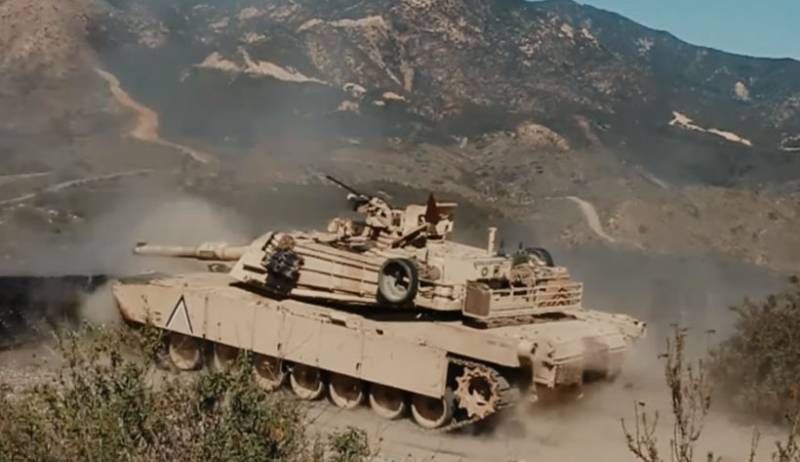 The American tank M1 Abrams is one of the most common in the world. But conflicts in the Middle East showed: this combat vehicle is not free from numerous problems and quite easily becomes a target for the enemy.

Abrams is no longer the best

The United States does not like to admit the shortcomings of its weapons, but there is no escape from the truth. It is enough to see what happened to the Abrams in the numerous wars of recent years, not only in those in which the American armed forces participated, but also in the states led by the US allies.

Thirty years ago, during the Persian Gulf War, the M1A2 Abrams performed well in battles against the Iraqi army. The troops of Saddam Hussein were mainly armed with Soviet T-72 tanks. But even not so much the technical features of the tanks as the low level of crew training led to the fact that Iraqi tankers were defeated by the Americans at the Abrams.

The success in Iraq inspired the United States: the American military command decided that since the army has the best main battle tank in the world, then you can not pay attention to its modernization. Disappointment came decades later. But already during the second war in Iraq, myths about the invincibility of American tanks began to rapidly disperse. Iraqi soldiers without any problems hit the Abrams from the Soviet-made RPGs. Sometimes one hit from the side of a grenade launcher was enough to incapacitate a car. In addition, it turned out that there was much more fuel needed for the tanks than originally thought, and the radio stations were constantly failing.

How the Hussites destroy the Saudi Abrams

Tank M1 Abrams USA actively supplied to its many allies, including Saudi Arabia. Riyadh has invested and is investing tremendous amounts of money in arming and equipping its army, but the civil war unleashed not without Saudi participation in Yemen has shown: money injections alone, as well as American patronage, are not enough to defeat a serious and ideologically motivated enemy. The Saudi army, together with allies from the UAE and other Arab countries, was never able to defeat the Yemeni Hussite rebels. American tanks did not help either. Moreover, it was Yemen that revealed the existence of serious problems for the Abrams.


It must be understood here that the Hussite Yemeni rebels are much worse armed than the Saudis. Nobody ever really spoiled them weaponsnor money. So, if we talk about anti-tank weapons, the Hussites have the Soviet anti-tank missile systems "Fagot", "Competition", "Baby" and the Iranian complexes Towsan-1, which are almost an exact copy of the "Competition". However, the tactics of counteracting a tank attack by the Hussites worked out flawlessly and the Soviet anti-tank systems turned into a formidable weapon even against the vaunted American Abrams.

Spring 2015 In the footage of the video, we see how the Hussites hit two Saudi M1A2S Abrams tanks from portable anti-tank missile systems. One hit in the tank is enough to catch fire. And where is the superior American armor? But there are still such consequences of hits as detonation of the ammunition, as a result of which the tower simply tore off the tower.

As it turned out, American tanks do not have reliable protection against such missiles. Despite all the improvements of the Abrams armor, it is not able to provide protection at 360 degrees. This is what the Yemeni rebels take advantage of. Towsan-1 can hit tanks at a distance of up to 3,5 km.


Mostly Husites ambush the enemy tank columns and attack unexpectedly. The surprise effect, combined with the high accuracy of the Yemeni shooters, leads to fatal consequences for Saudi tanks. But there is one more problem: the Saudi servicemen are poorly trained, not ideologically motivated, they do not want to die for money in the sand of Yemen. True, American analyst Blake Stillwell writes that American tankers would have suffered the same fate if they had tried to confront the Hussites on the Abrams.