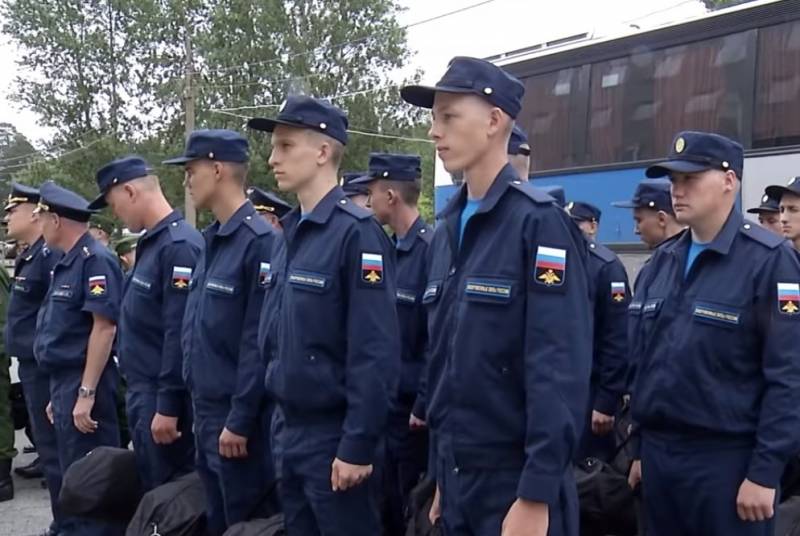 The strength of any army depends on many factors. This is the availability of modern military equipment, and good funding, and the talented commanders leading it. All this is important, but the basis of the armed forces, their foundation on which everything rests, is an ordinary soldier.


The Russian army can safely and without false modesty be called one of the strongest armies in the world. Of course, many contract soldiers serve on a professional basis in it, but most of the Russian soldiers are still serving on conscription.

I’ll try to make a portrait of the average soldier who fell into the armed forces of the country on an “urgent basis”. And in order to do this, you need to understand why young people of military age are joining the army, what motivates them to serve today.

From graduates to draftees

A couple of years ago, we conducted a survey among the graduates of the schools of the Novgorod region who want to serve in the army. 400 yesterday's students in urban and rural schools were asked to answer why they need it. It was not unexpected that the motivation of the guys from villages and cities was different.

Least of all go to the army due to the fact that they like the military profession. There are only 10 percent of such among the townspeople, and 4 percent among the rural guys.

The maximum percentage of children from the city, according to the survey, 32 percent go to the army, fearing responsibility for evading service. Most rural residents have different reasons. About 30 percent of them consider themselves patriots, so they consider military service prestigious. Still as many conscripts from villages are sure that military service will temper them and make them real men.

Do young people want to join the army?

Too many of the Russian conscripts who join the army willingly seek to join elite units. For example, many people want to serve in the airborne troops or in the Marine Corps. They prepare in advance for military service in order to meet the selection criteria.

There are isolated curious cases when they go to the army to serve again. For example, one Dagestan guy went to serve a second time instead of his younger brother, as he was soon about to get married, and the older one liked the service. Outwardly, they were a bit similar, so the elder posing as the younger. Perhaps this is a local Dagestan bike, but as they say, "for what I bought, for that I sell."

The draft commissions today record cases where recruits with health problems hide them in order to go to serve.

There are, and often quite the opposite, cases when conscripts try to "slope" from the army in different ways. Some of them do not want to "waste time", others are simply afraid of difficulties or hazing, others do not want to pick up weapon due to pacifist views. Each has its own reasons. Of course, for the latter there is an alternative service, but not everyone wants to take revenge on the streets or look after the sick.

Dodgers are trying to get a medical certificate about poor health or trying to hide, moving away from social networks and leaving to hell. But the last option in our country, as in many others, is criminally punished. And the number of draft dodgers in Russia is decreasing from year to year.

In the 90s, one of the main reasons for the dropout of draftees by the medical board was the insufficient weight of the draftee. Today, the soldier, of course, has become “more well-fed”. Now they are not taking into the army due to other medical reasons. Some time ago, about 15 years or more, mental disorders, often complicated by alcohol and drug abuse, were leading among them. Now the leaders are flat feet, problems with the spine and other diseases of the musculoskeletal system.

I also note that even if the conscript does not join the army, passing a medical examination may be useful to him. After all, there were cases when a medical examination at the military registration and enlistment office promptly revealed serious diseases at an early stage and, as a result, allowed the young man to cope with them with the help of doctors.

But, in general, at least half of the young men undergoing a medical examination at the military registration and enlistment office do not experience any noticeable health problems.

Portrait of an average Russian recruit

Of course, a variety of guys are joining the army. But you can try to draw an approximate average portrait of a Russian recruit. 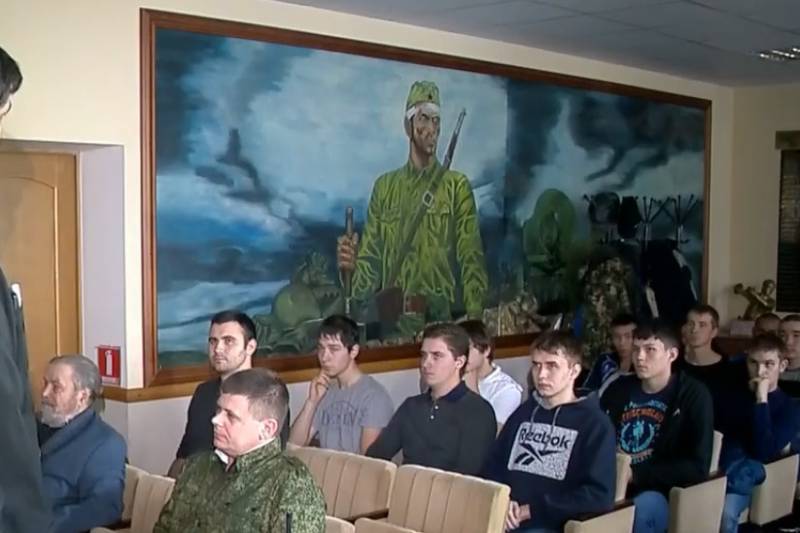 So, this is a 19 year old guy or a little older. He has a secondary vocational education. And having studied at a college or technical school, he enters the army, often already having a military registration or close specialty.

The rookie graduated from high school and even managed to work or to study.

The guy grew up in a complete family, has no negative experience with law enforcement agencies. He had not yet managed to marry and have children. The young man considers himself a believer, but is unlikely to comply with all the canons and regularly visits the temple.

He has no special health complaints, but he was not noticed in regular sports.

The average rookie is distrustful and may be “sharp on the tongue,” but at the same time, the spirit of respect for his elders is not lost, despite the fact that modern youth is often ranked precisely as an disrespectful mass, for whose members only their own self is important.

Actually, the portrait turns out to be rather positive and inspiring confidence that the defense of the Fatherland is in good hands in our country.

Ctrl Enter
Noticed oshЫbku Highlight text and press. Ctrl + Enter
We are
A great interview with Sergey Lavrov: about Ukraine, Obama and IranWhat you didn't want to know about England
Military Reviewin Yandex News
Military Reviewin Google News
89 comments
Information
Dear reader, to leave comments on the publication, you must to register.