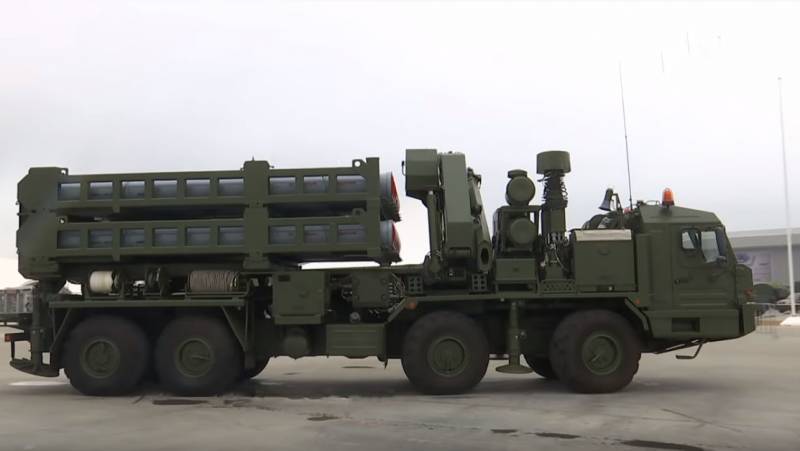 Concern East Kazakhstan Almaz-Antey and the Russian Ministry of Defense entered into contracts for the supply to the Russian military department of three regiments of the S-400 Triumph anti-aircraft missile system and four sets of S-350 Vityaz air defense systems. All equipment will be transferred to the Armed Forces of the Russian Federation no later than 2023
- said in a statement.

Earlier it was reported that in 2020 the Ministry of Defense will receive four regiment sets of S-400 air defense systems, there are no exact data on the S-350 Vityaz air defense system, so we will wait for official reports. The first set of S-350 officially entered service in February 2020, although the transfer of equipment was reported back in December last year.

The Triumph C-400 air defense missile system is designed to destroy strategic and tactical aircraft, ballistic missiles, hypersonic targets and other air attack weapons in conditions of radio-electronic and other types of counteraction.

Ctrl Enter
Noticed oshЫbku Highlight text and press. Ctrl + Enter
We are
By the end of the year, the Russian Armed Forces will receive 5 regiment sets of S-400 Triumph air defense systemsWill Russia be able to repel a strike from space?
Military Reviewin Yandex News
Military Reviewin Google News
29 comments
Information
Dear reader, to leave comments on the publication, you must sign in.