The dispute over the "black boxes": Ukraine is unhappy with the investigation into a plane shot down in Iran 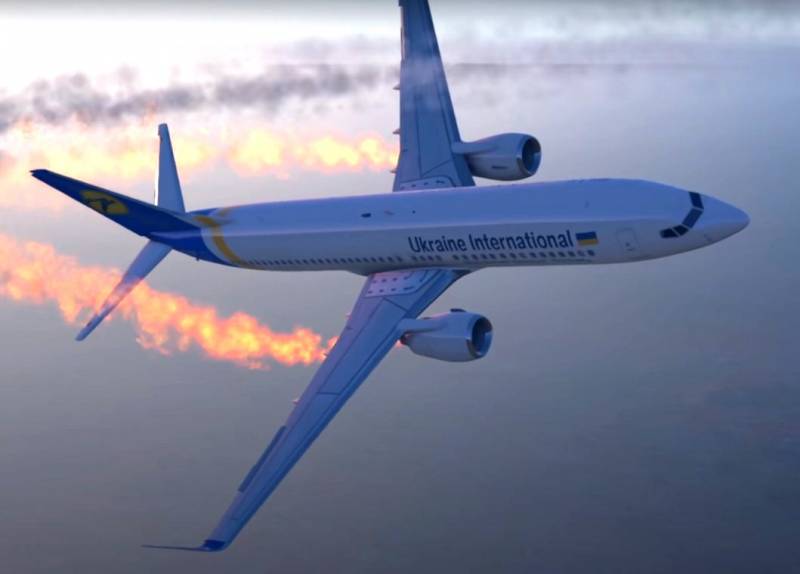 An investigation into the causes and circumstances of the crash of the Ukrainian airliner, shot down by an Iranian missile in January 2020, is nearing completion. This was stated by Iran’s Deputy Foreign Minister for International and Legal Affairs, Mohsen Baharwand.

Iran acknowledged "human error" and will punish the guilty

Recall that the Boeing 737 of Ukraine International Airlines (UIA) was shot down on January 8, 2020, 3 minutes after takeoff. Killed all 176 people aboard the aircraft.

Three days after the crash, on January 11, 2020, Iranian Foreign Minister Mohammad Javad Zarif said the plane was shot down by an Iranian missile as a result of a human error. This version was also confirmed by the commander of the Military Space Forces of the Guardian Corps of the Islamic Revolution of Iran, General Amir Ali Hajizade. He said that the operator of the air defense system mistakenly identified the UIA as an enemy target and made the wrong decision to launch a missile at the target. Soon it became known about the detention of an Iranian soldier guilty of making an erroneous decision.

In May 2020, the head of the Judicial and Legal Organization of the Armed Forces of Iran, Shokroll Bahrami, said that his office received many claims from relatives of citizens who died during the disaster, and now all these claims are being considered. People demand compensation from the Iranian side for the death of their relatives and friends, which is also quite understandable and justified.

It would seem that in Ukraine and in the world as a whole they should be satisfied - Iran did not deny its involvement in the plane crash, admitted that it was shot down by an Iranian missile and took measures to identify and punish those responsible. But in Kiev they are still unhappy. Deputy Minister of Foreign Affairs of Ukraine Yevgeny Yenin said that the Iranian statement about the completion of the investigation is not correct, since the decryption of the “black boxes” was not carried out. 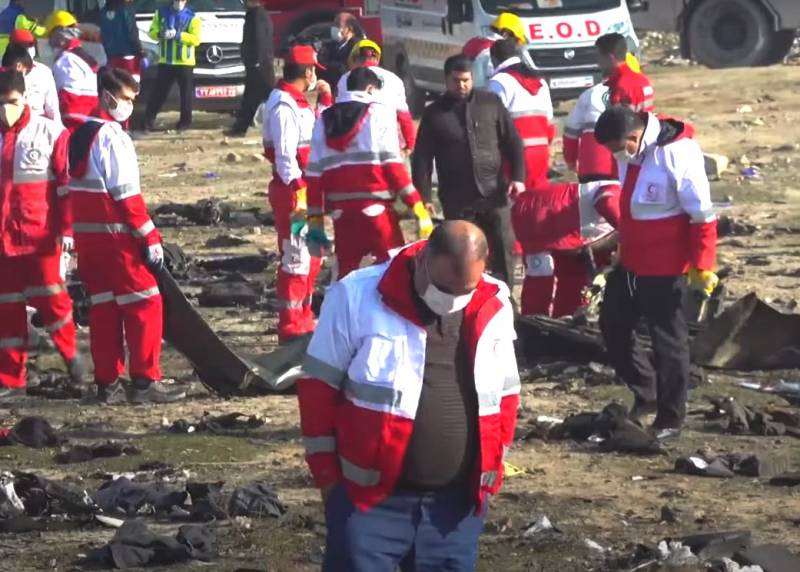 Iranian experts inspect the crash site
Ukraine, as you know, has long demanded that the flight recorders of the downed plane be handed over to the Ukrainian side for decryption. The Iranian side, seemingly not refusing to transfer the "black boxes", this issue was significantly delayed. So, back in March 2020, the representative of Iran in the International Civil Organization aviation agreed to transfer the flight recorders to Kiev, but several months have already passed, but this never happened. Naturally, the Ukrainian side is very unhappy with such actions by Iran.

It is strange why, in this case, Ukraine at one time did not hand over the flight recorders of the Boeing that was shot down in the Donbass to the Malaysian side ... Indeed, the Boeing belonged to the airline from Malaysia.

Representatives of the Iranian Foreign Ministry, responding to Kiev, argue that the analysis of "black boxes" in fact will not add anything to the results of the investigation. Indeed: Iran has already admitted its guilt, the perpetrators have been identified, there is no doubt that they will suffer rather harsh punishment, given the specifics of Iranian law and Tehran’s interest in closing the issue with the crash of the liner as soon as possible.

Mohsen Baharwand claims that flight recorders do not contain any important information. At the same time, he expresses his readiness to submit them for analysis to an independent international company not related to the parties involved in the proceedings. At the same time, a few days earlier, the Iranian ambassador to Ukraine, Manouchehr Moradi, noted that Tehran considers Ukraine as a priority country in cooperation on deciphering flight recorders and denied the information circulated in the media about the possible transfer of “black boxes” to France. The main thing that Iran insists on is that “black boxes” should not be “exploited” after they are transferred for decryption.

Thus, as we see, the point in the investigation of all the circumstances of the crash of the liner has not yet been set. Statements by the Iranian side do not satisfy representatives of Ukraine, who most likely act on the orders of the West, which is interested in creating additional problems for Iran. Therefore, it can be predicted that more than once Iran and Ukraine will enter into a dispute over the circumstances of the January plane crash.