On the strengths of the Baltic armies: how Latvia, Lithuania and Estonia will defend themselves 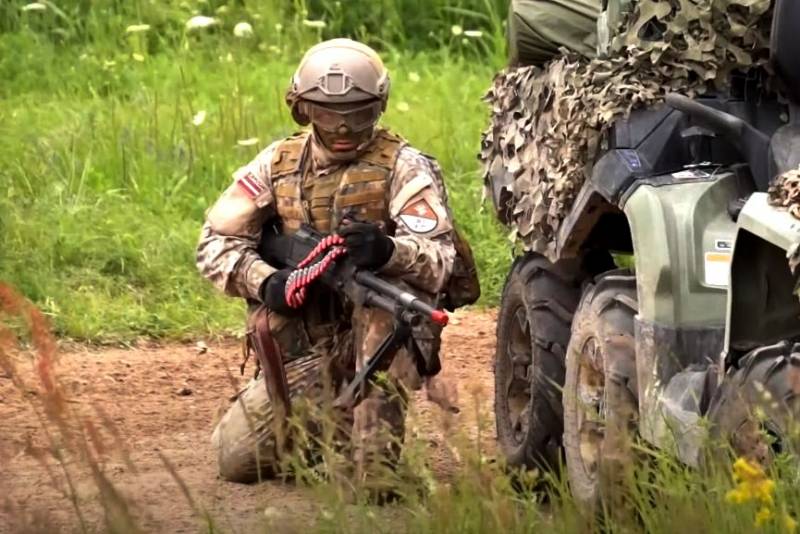 The attitude to the armed forces of the Baltic states in Russia is traditionally skeptical. Compared to the large and well-armed Russian army, the armed forces of Lithuania, Latvia and Estonia look, to put it mildly, frivolous. But they also have their own strengths.


Of course, if we compare the armed forces of the Baltic republics with the armies of such powers as Russia, or, for example, the United States and China, then there’s nothing to talk about. However, it is worth recalling that in the post-war years, the victorious Soviet army could not completely destroy the Baltic “forest brothers” for almost ten years, which caused a lot of problems to the organs of Soviet power and the civilian population.

Territorial defense - the "forest brothers" of our time

If an armed conflict breaks out between any of the Baltic republics and any larger and more militarily powerful state, then all the hopes of Latvians, Lithuanians and Estonians will continue to be "partisan", more precisely, the territorial defense forces.

Thus, in Lithuania, an important component of the armed forces is the Krašto Apsaugos Savanorių pajėgos (KASP) Volunteer Guard Forces. Their number is 5 thousand people. The main task of volunteers in the event of hostilities is the organization of partisan resistance to enemy troops in Lithuania, and in peacetime they organize military training of the population, participate in the liquidation of emergencies and their consequences, in the maintenance of public order and even in peacekeeping operations.

There is a similar structure in Latvia - Zemessardze, that is, “Land Guard”. Like the Lithuanian Territory Protection Forces, the Latvian Zemesardze is part of the national armed forces. It serves 592 military personnel and 10 510 volunteers, while 90% serve for ideological reasons. 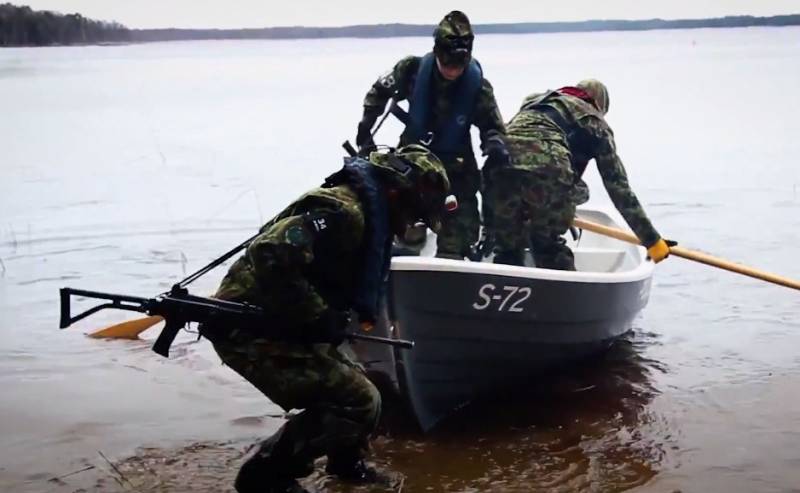 The range of tasks to be solved is similar to the Lithuanian Territory Protection Forces - participation in the liquidation of accidents, policing, mobilization work, and, if necessary, the deployment of partisan resistance in the republic. In total, Zemessardze consists of 18 battalions: 3 support battalions, 1 artillery, 1 engineering, 1 air defense, 1 defense defense battalion weapons mass destruction, 10 infantry battalions and 1 training battalion.

Estonia has Kaitseliit, the Estonian Defense League, also part of the armed forces. It numbers about 20 thousand people who are also engaged in military training, primarily for possible partisan operations in the event of invasion of foreign armies in the country. 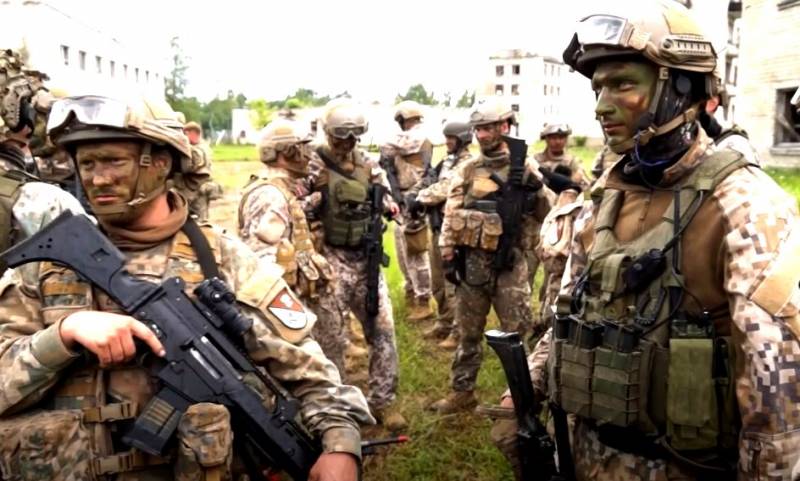 Pluses of a reserve and the "fired" soldiers

The fact that thousands of ideologically motivated fighters of the territorial defense forces, owning weapons and regularly undergoing training in training camps, can cause a lot of trouble for the enemy army, going over to guerrilla warfare and sabotage operations. Thus, the armed forces of the Baltic republics compensate for their small numbers with a good organization of territorial defense, almost according to the Swiss model. By the way, if we talk about experience, then the average service life in the Latvian Zemessardz is 8 years - it is quite enough to prepare a good partisan.

Another plus is the saving of financial expenses, since volunteers acquire a lot at their own expense. But, of course, there are problems in such formations, especially with discipline and submission.

Here it’s worthwhile to understand the basic paradigm of the military strategy of the Baltic states: not to defeat the enemy, but to exhaust him, to detain him on his territory, holding out until the arrival of reinforcements from the more powerful countries of the North Atlantic Alliance. This explains the increased attention to paramilitary and reserve formations, since regular armies will very likely be crushed quickly enough.

To the honor of the Baltic armies, it should be noted the fact that they care about the "shelling" of their officers and contract soldiers. Despite the fact that the Baltic republics do not have their “hot spots”, they regularly send troops to NATO missions around the world. So, the Estonian military took part in hostilities in Afghanistan, Iraq, in peacekeeping missions in Mali, Kosovo, Lebanon. Latvia sent its soldiers to Iraq, Afghanistan, and even earlier - to Kosovo and Bosnia. The Lithuanian military also took part in operations in Afghanistan, Iraq, Kosovo and Bosnia. It is clear that the "fired" military personnel, especially interacting with the soldiers of the armies of other NATO countries, are of great value to the Baltic armies than the new recruits who were not in the "hot spots".

Ctrl Enter
Noticed oshЫbku Highlight text and press. Ctrl + Enter
We are
About Stalin and KhrushchevWhat you didn't want to know about England
Military Reviewin Yandex News
Military Reviewin Google News
136 comments
Information
Dear reader, to leave comments on the publication, you must to register.