In the US, they thought about the training aerial combat of a fighter and UAV 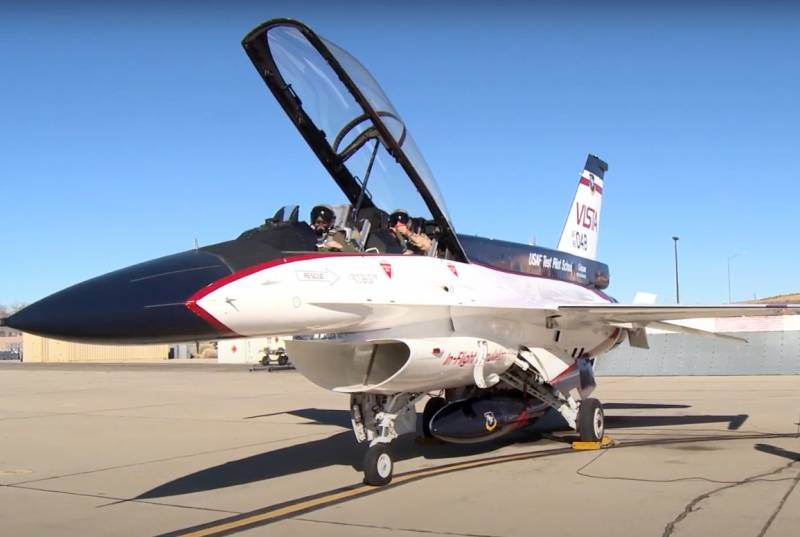 The US Air Force Command came up with an interesting idea to arrange a training aerial battle between a manned fighter and an unmanned aerial vehicle (UAV). A drone with an artificial intelligence-based control system will battle a plane that will be manned.


Air Force Lieutenant General Jack Shanahan, head of the American Joint Center for Artificial Intelligence (JAIC), said the Pentagon is planning to hold the event in July 2021. Recall that the structure headed by Shanakhan was established two years ago, in 2018, and aims to develop artificial intelligence and its use for American defense and security.

Speaking to reporters, General Shanahan, however, did not disclose details about the design of the unmanned aerial vehicle and the planned capabilities of the drone. Apparently, an autonomous drone is still under development.

Expert Joseph Trevithick of The Drive believes that the overall concept of a fully autonomous aerial combat drone capable of conducting combat in mid-air has great potential. If it is implemented in practice, it can radically change the whole character aviation battles of the future.

Controlled by artificial intelligence, drones will be able to perform most of the functions of manned aircraft, but at the same time, firstly, the speed of making key decisions and information processing will increase, and secondly, combat effectiveness will increase in groups when compared with manned aircraft. Finally, and very importantly, the risks of human loss that are inevitable in manned combat aircraft will disappear.

There are other differences. Thus, the design of the drone can be significantly reduced, since it will not be necessary to place the pilot, and the shape of the aircraft should be optimized for maneuvering. 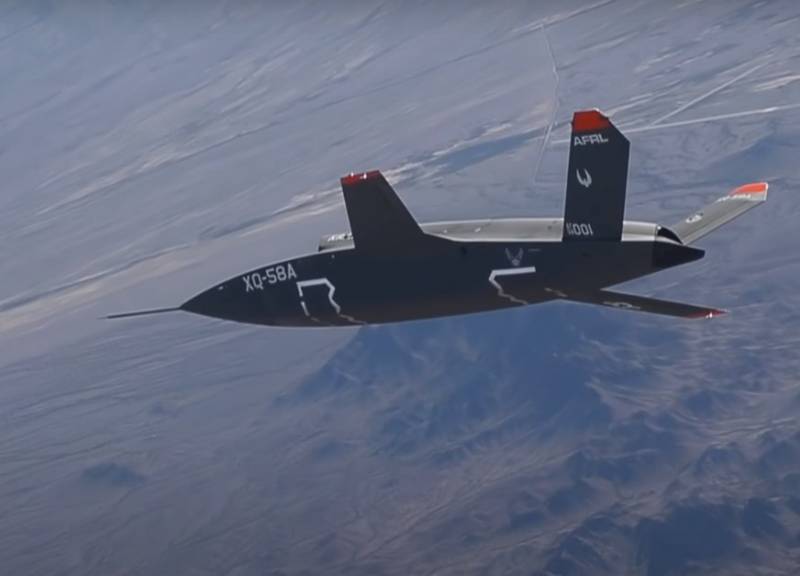 The UAV will be able to withstand heavy loads during flights, which are not always possible if the pilot is inside the machine. Finally, drones will also cost much less to maintain and operate than manned fighters. During the battle as part of a group, they will act in a uniform manner, since the influence of the human factor will be excluded.

In aerial combat scenarios, including virtual ones, which American analysts are now thinking about, some drones will be able to carry out radar reconnaissance tasks, possessing radars and infrared search and tracking systems to detect and track threats, while other drones will perform missile-carrying tasks and hit detected targets.

At the same time, no one is talking about the complete abandonment of manned aviation, so the US Air Force command is exploring the possibility of interaction between autonomous unmanned aerial vehicles and manned combat aircraft. It also discusses the introduction of artificial intelligence systems in manned aircraft, which would greatly facilitate the decision making of the pilot, as well as reduce the fatigue of pilots by transferring AI part of the airplane control functions.

By the way, back in 2015, the U.S. Air Force conducted an interesting test called Have Raider. During this test, a self-propelled F-16 Viper and a manned F-16 Viper in virtual mode worked together. In the subsequent Have Raider II test, the unmanned aircraft managed to break away from the manned “colleague” and complete the task independently. Interestingly, in this case, an unmanned aircraft was controlled not by specialists from the ground, but by a leading group of manned aircraft.

There is no doubt that the idea of ​​conducting a “man versus machine” test looks very promising, since for decades it was this issue that has occupied the authors of science fiction and military science fiction works. And now what science fiction films were shot about can become a reality.