US Congress: President Trump declares war on the Americans 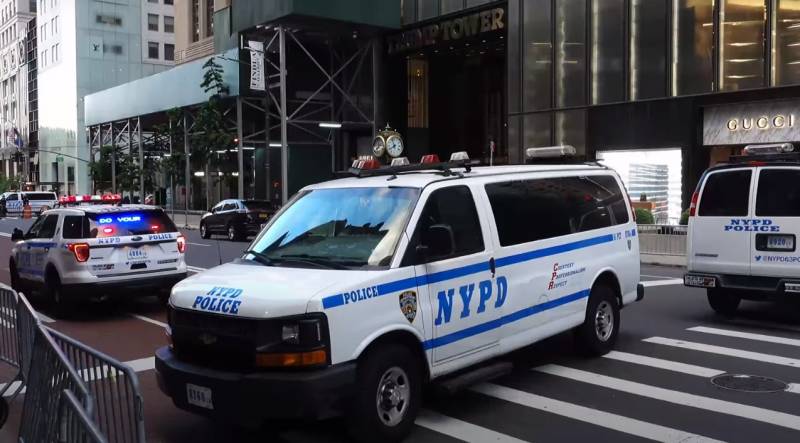 Riots in the US are growing. At least eleven dead and dozens of wounded Americans are already known. Troops were thrown against the protesters, and senior officials resigned.


According to the Associated Press (AR), by the morning of June 3, 2020, the total number of people killed in the riots was 11 people. These are residents of Detroit, Davenport, Minneapolis, Omaha, Auckland, Indianapolis, Louisville, St. Louis and one of the suburbs of Chicago. It is possible that in reality there may be more deaths.

As for the wounded, there dozens, if not hundreds, of people are counted. Among the dead - not so much marginalized as the most ordinary people. For example, in Louisville, police or National Guard guards shot and killed David McAti, the owner of a local barbecue restaurant.

The police cannot cope with the situation on the streets of American cities; therefore, military units have been deployed in Washington and other large cities. On the morning of June 3, it became known that President Donald Trump demanded that the mayor of New York, Bill de Blasio, immediately stop the riots and called on the local government to call for help from the troops.

The policies of state governor Andrew Cuomo, who refused to introduce the National Guard in New York, have been sharply criticized by the president. Fierce clashes are ongoing in New York between police and protesters.

Looting a train on the go:

In addition to clashes with the police, people who have taken to the streets are looting shops. Given the low standard of living of many Americans, especially if we are talking about the inhabitants of the ghetto - African Americans and Hispanic immigrants, riots for them are a good reason to profit from grabbing goods from looted stores. 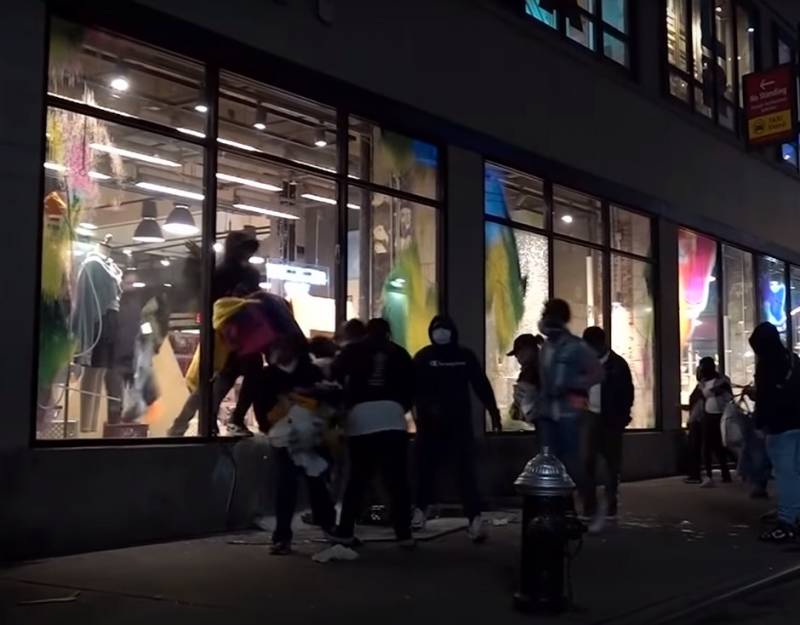 However, some owners of shops, cafes, restaurants themselves are fighting back to looters, without waiting for the arrival of police. So, the owner of the Pushkin Russian restaurant in San Diego Hayk Gazaryan told how with the help of 10-15 friends and weapons was able to stop a large crowd of looters. But this, of course, is one of the few cases.

Of course, street riots in the USA are not so rare. Suffice it to recall the relatively recent events in Ferguson. But America has not seen such a wave of protests that would cover the whole country and demand the withdrawal of military units to the streets of Washington and New York for a very long time, at least since the time of protests against segregation and the Vietnam War.

Who is to blame: Trump, unemployment or Russia?

The main reasons for this are the worsening social inequality in American society, the massive unemployment of young people and the lack of clear life prospects for tens of millions of Americans. Of course, a pandemic also played a role, which hit the wallet of the Americans no less than the Russians. Naturally, there is a political background: the Democrats really want to quickly free the White House from the unpredictable and uncomfortable Donald Trump.

It is no accident that the protests immediately revived the many critics of the American president. So, Congressman Joe Negus (US Democratic Party) compared Trump with Dwight Eisenhower, but emphasized that the latter introduced troops to protect citizens and combat racists, while Trump sent troops against civilians who advocated for their civil rights. Congressman John Yarmouth was even more frank in his assessments, accusing Trump of declaring war on millions of Americans. The fact that this is a “war declared by the president against American citizens" is expressed not only in Congress, but also in the media, which are controlled by political opponents of the US president. 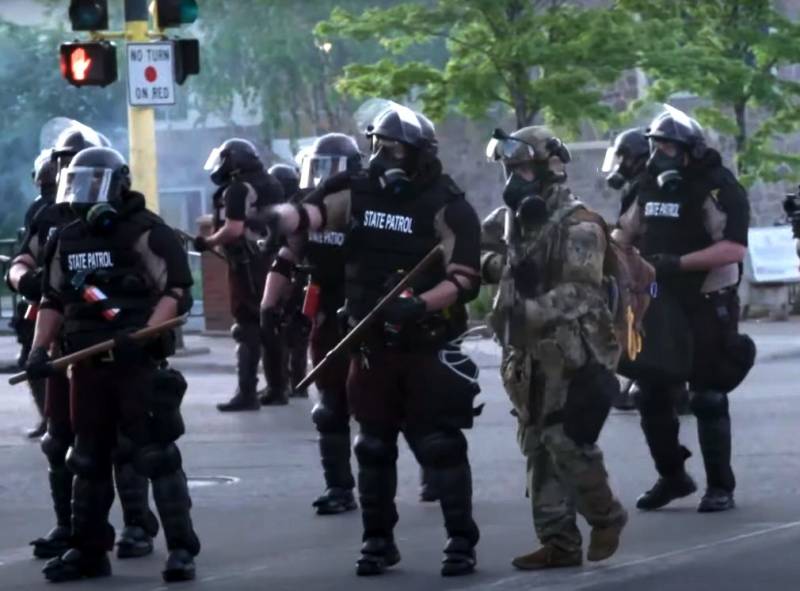 Resignations of high-ranking employees of the US law enforcement agencies began at their own request. For example, James Miller, a former Under Secretary of Defense for Political Affairs, has resigned from his post on the U.S. Department of Defense Science and Defense Council.

On Monday evening, President Trump’s actions violated his vow to “ensure that laws are implemented in good faith,” as well as the First Amendment (Constitution), “The right of people to peacefully assemble,
- emphasized Miller.

At the same time, while the US Senate is on the side of Trump. Senators blocked a resolution of the US Democratic Party, which condemned the president’s actions, which seemed to the Democrats to be unjustifiably cruel. Recall that the Speaker of the House of Representatives, Nancy Pelosi, condemned Trump for using tear gas and rubber bullets at the Lafayette Square in Washington, police and the National Guard.

While riots erupt on the streets of metropolitan areas, some U.S. officials are looking for the wrong ones where they need to. Thus, Robert O'Brien, National Security Advisor, named China, Russia, Iran, and even Zimbabwe among the “inflammatory countries”. Anyone, but not their own oligarchic elites, are blamed, according to the White House, for what is happening. It turns out (according to the logic of this conspiracy theorist) that Russia is guilty of social inequality in the USA, and Zimbabwe is guilty of the cruelty of American policemen ...

Ctrl Enter
Noticed oshЫbku Highlight text and press. Ctrl + Enter
We are
Reports from the militia of New Russia for 27-28 September 2014 of the yearDecember 2010 years. Russian March. Senseless and merciless? Notes not a Russian person
Military Reviewin Yandex News
Military Reviewin Google News
162 comments
Information
Dear reader, to leave comments on the publication, you must sign in.