Where to go to work? 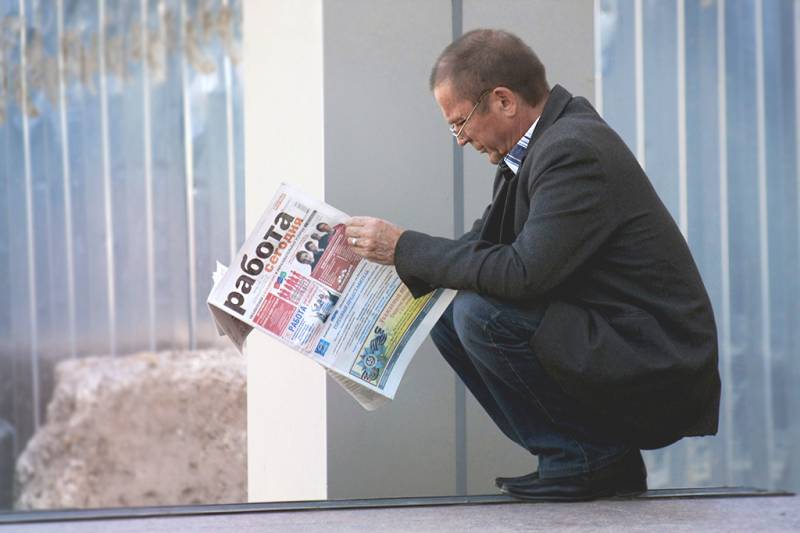 Do not trust, do not fear, do not ask

One of the authors of these notes for today is himself unemployed, as we are called, “Putin's,” which he has already admitted to on the pages of the “Military Review” ("I am unemployed. Verified by experience ”) For those who managed to knock out the allowance, which the authorities call worthy, the most difficult is yet to come. The allowance is really designed for a maximum of six months. After you receive your series of rejections from employers, you can generally stay at the minimum wage in the region of seven to eight, or even four and a half thousand a month.

The co-author of this material is a pensioner near Moscow, who is not deprived of the right to earn some mayoral allowances, as in the capital.

Talking about clinging to the current twenty is unlikely to succeed for years, at least for months ahead, the first of us has to hear with every movement associated with our own employment. They just have a headache from them, but all the publications about employment programs, and about what Russians expect from the future in the labor market, authors still read from cover to cover.

The second of them is mainly concerned with the prospect of indexing pensions and looking for a decent income. The authors have unearthed an expert note by the center for labor research and the Directorate for Expert and Analytical Work at the Higher School of Economics, albeit in the presentation, even before the media took it seriously.

Honestly, we really wanted optimism, but thanks already for the fact that scientists do not scare us with complete collapse. By all indications, which are in the research of the “tower” experts, the labor market should pass the worst this fall, and then there will be a recovery, but it seems that with a complete change of priorities. 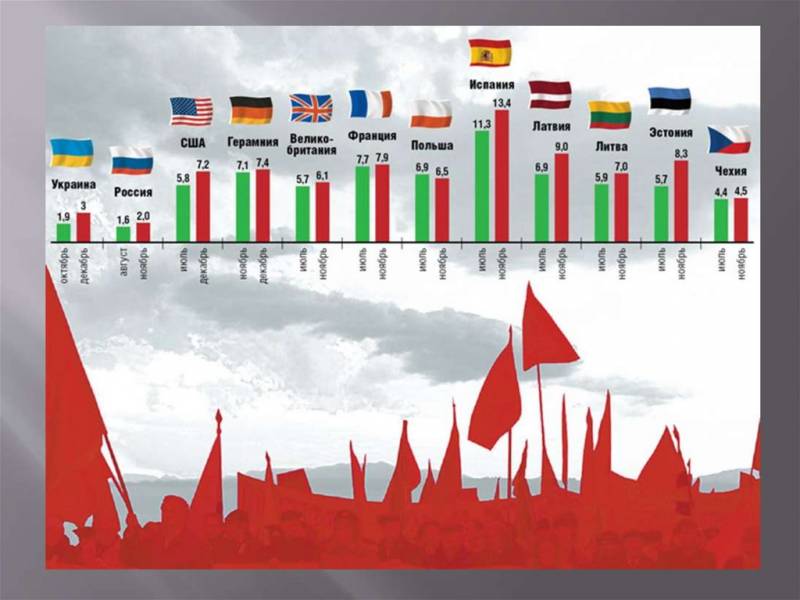 Less than a year ago, unemployment data could not seriously scare anyone
After reading, we preferred to conduct our small study of the labor market for today and for the future, interviewing mainly those who had to face when applying for a pension or the status of “unemployed”. We will not intentionally name most of their names, although some did not object to this. But experts with a name are ready to quote openly.

Perhaps the main positive conclusion made by both experts and specialists, one way or another connected with the labor market: those who lose their jobs and lose their salaries still have no dependent moods. The exact percentage was not even mentioned at the Higher School of Economics, but most Russians are not going to sit idly by because of the crisis, are not willing to put up with the situation of outcasts and are ready to change their work profile. Even with significant losses in income and the notorious social status.

By and large, in our country all or almost all have already managed to go through a lot. Is that why the phenomenon of the crisis itself has so far not become a real shock to the foundations for Russians, even from among the young and very young? It would seem that they are more concerned about the specifics of self-isolation, the mask regime and restrictions on movement, but the main concerns are still related to work.

10 percent of citizens have already been left without it, and while most of them, judging by indirect evidence, more precisely, according to the benefits paid by the Ministry of Labor, have not yet managed to protect themselves with an acceptable allowance. Almost half of the workers admit that coronavirus and the measures taken to combat it, led to the fact that they were transferred to an incomplete schedule or sent on "voluntary" unpaid leave. Almost 20 percent lost their wages while maintaining the load, another 20 percent lost in wages in conditions when they work much less or do not work at all.

Employers can be understood, as a rule, they lose much more than employees who are left without work. This has already been verified by personal experience. However, for quite a few, the saving regime adopted during the pandemic and quarantine still helps. Incidentally, this was clearly indicated by HSE scholars who conducted the online survey “Work and Employment in an Epidemic”. The survey, which was conducted in mid-May, involved more than 5 thousand respondents from most Russian regions.

More than a third of Russians had to face unemployment due to COVID-19 and harsh measures against a pandemic. And although so far only one in ten has to go to the labor exchange himself, someone has remained unemployed in every third Russian family. For many, the role of rescuers today are pensioners, who at least receive their modest thousands regularly and on time.

In this regard, the famous public intellectual Anatoly Wasserman once again reminded that now is the time to at least slow down the process of raising the retirement age. His strict demand: “do not deprive the family of the life buoy” he accompanied with an interesting proposal - to send those who lost their job, one way or another connected with network resources, to “raking in virtual garbage”.

The shocking publicist and scholar have no doubt that unemployment, in addition to the market for optimizing network resources, will stimulate and

"More active use of artificial intelligence. After self-isolation, workers will increasingly be transferred to a remote place. The same is expected in the field of education, where the distance learning experience will soon be recognized as successful, only the elite will teach children the old-fashioned way. ”
According to expert estimates, these areas can absorb hundreds of thousands, and perhaps even millions of people. Moreover, people who in a short time can get a fairly high qualification. In this regard, many IT specialists from the labor exchange who complain about the huge amount of work with databases, including the labor market itself, which at the moment are actually "dead weight", are quite in solidarity with A. Wasserman.

The biggest losses in personnel and salaries are, of course, the most affected sectors: transport and tourism, trade, catering and services. There, as researchers at the Higher School of Economics have found, 65–75% of respondents showed negative dynamics in various forms. Including in the form of job loss and lower salaries.

It is not surprising that the self-employed are now feeling very bad, whose earnings have decreased at 75%. But for those employed in medium and large enterprises, a drop in real incomes is noted only in 48%. But this is also a lot, agree. The alignment by industry is still the same. And at the same time, Internet commerce and various kinds of network services jerked up, and things are quite good in the countryside, where 40% of respondents are ready to run away if necessary.

Why fire if you don’t have to pay

One way to adapt employers to the crisis is to reduce working hours. Together with a reduction in salaries, of course. A study by HSE shows that during self-isolation 11% of respondents were transferred to part-time or part-time work. Even more, about 13%, were sent on vacation - forced or "by agreement of the parties."

After this, as is well known from practice, you can never return to work. Some were forced to take sick leave or leave on schedule, but many often had to work for almost two. All this is very characteristic just for the most affected sectors, especially trade and services. But in the courier services, as well as the maintenance of networks and home appliances, staff starvation occurred, when even those who did not even dream of finding a job began to take on work.

Many employers suddenly ceased to be embarrassed by the pre-retirement or even retirement age of applicants, where experience and qualifications are much more important, as experts from the labor exchange and pension funds say almost unanimously. However, what kind of qualification the courier should have is not necessary to explain, and this is not why one of the authors was offered to deliver pizza twice. Thank you, at least they didn’t write off the “refusal”, otherwise the devil would know how much to walk without the “Putin's” allowance. 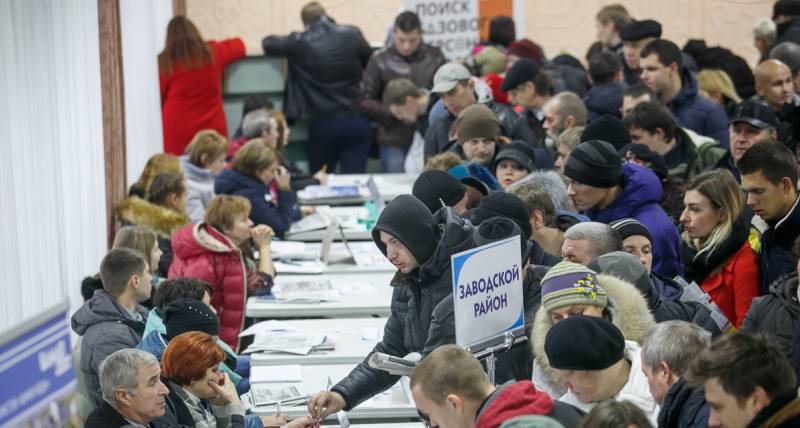 The young businessman Danil Makhnitsky, who recently broke through at the very top something like a “tax amnesty” for the II quarter, noticed that even in times of crisis employers were in no hurry to part with qualified personnel. And not only for fear of being punished or left without people. To dismiss, and even under the “Putin’s allowance” is a rather expensive pleasure.

The thing is that all sorts of tricks can be much cheaper. If only business activity returned quickly. Danil Makhnitsky drew attention to the fact that “tricks” with working time are also a form of “hidden unemployment,” such as that which disguises itself as hiring guards or fictitious people with disabilities. The main thing is to get benefits and tax concessions for this.

Nevertheless, it seems to us that the Russian labor market has not greatly changed even such a severe crisis as the current one. Everything develops as we are used to. This was noted by the famous economist Mikhail Khazin, who is not used to predicting all kinds of horrors. He always predicted huge unemployment for Russia, but now he also does not see the need for employers to dismiss, if you can simply not pay.

The only exception was the doctor of sciences Mikhail Delyagin, who still heads the institute of globalization. He recalled the well-known synergy effect, which is simply not serious to talk about on a remote site. Delyagin coined the term “office plankton” at one time, but I’m sure that this public also needs socialization, otherwise it’s just degrading. The well-known economist did not remind about the fact that during the years of reform, the whole potential personnel reserve of Russia was pretty much degraded, and not only.

Ctrl Enter
Noticed oshЫbku Highlight text and press. Ctrl + Enter
We are
About Stalin and KhrushchevWhat you didn't want to know about England
Military Reviewin Yandex News
Military Reviewin Google News
154 comments
Information
Dear reader, to leave comments on the publication, you must to register.