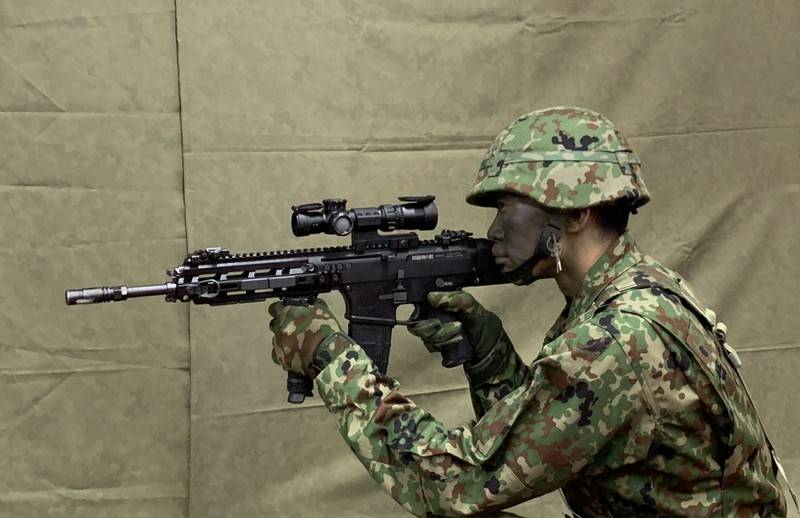 Japanese Self-Defense Forces begin rearmament on new models of small arms weapons. According to the press service of the Japanese Ministry of Defense, on May 18, 2020, a presentation of the new rifle and pistol was held.


The Japanese military department has chosen a new rifle for arming the Self-Defense Forces. Reportedly, the Howa Machinery HOWA 5.56 rifle, officially named the Type 20, won the tender for new small arms. It will replace the Howa type 89 rifle in service with the Japanese army.

The new rifle was selected in a competition that also featured the SCAR-L assault rifle from FN HERSTAL and the HK416 from HECKLER & KOCH. After conducting practical tests, the Japanese Ministry of Defense opted for a domestic manufacturer. According to the plans of the military department, the first batch of Type-2020 rifles in the amount of 20 pieces will be purchased in 3283. Nothing has been announced about further plans for the purchase.


In addition to the assault rifle, the Japanese Self-Defense Forces will also receive a new Heckler & Koch SFP9 self-loading pistol with a striker-type trigger (the official designation for the VP9 pistol in Europe). It will replace the SIG 220 pistol manufactured by MinebeaMitsumi in service with the Japanese army. The new pistol was recognized as the best in comparative tests, which also involved the Glock 17 and APX from BERETTA.

The Ministry of Defense plans to purchase the first batch of 323 Heckler & Koch SFP9 pistols this year.

Ctrl Enter
Noticed oshЫbku Highlight text and press. Ctrl + Enter
We are
Summary of the week from voenkor Mag about events in the DNI and LC 14.12.18 - 20.12.18Summary of events in the DNI and LC during the week from the military commissar "Mag" (20.10.18 - 26.10.18)
Military Reviewin Yandex News
Military Reviewin Google News
27 comments
Information
Dear reader, to leave comments on the publication, you must sign in.