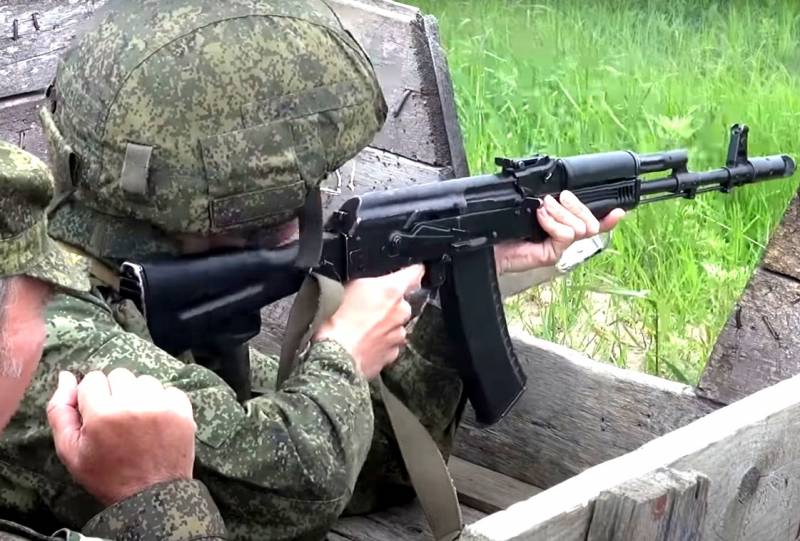 Disputes about how best to reload an automatic are as old as automatic weapon. So, there are many interesting ways to recharge a Kalashnikov assault rifle - from above, from below, with the right and left hand. Each has its own pros and cons.


Recently, a sufficient number of videos about recharging AKs have appeared on the Web. Soviet classic - reload with the right hand. In the video presented by the Kalashnikov concern, we can observe that with such a reloading scheme, the time cost is 4.59 seconds. With the left hand, the same procedure is performed in 3,62 seconds. "Bottom" and 3,96 seconds. "From above."

The method of so-called looks very original. "Iraqi recharge" AK. The weapon rests on the shoulder, the bolt frame is pulled back and a new store is placed at that moment. In some cases, as shown in the video, Iraqi reloading may be the only effective way to reload weapons.

On the Krav Maga Ukraine channel, we see another way to reload a Kalashnikov assault rifle from Andrei Kudabekov. The author of the video categorically does not advise trying to hold the weapon, resting it on the shoulder, and at the same time reload. First of all, you need to remove the machine under the arm, fixing it, and then we watch the video and evaluate how effective this method is.


Zainal Guns demonstrates yet another way to quickly recharge an AK. Indeed, every second is dear to the military, and life of one’s and his comrades often depends on the speed of reloading weapons, as well as the successful completion of the task. During the shooting, the cartridges ran out, which means the shooter needs to pull out the magazine, remove the empty magazine, take the magazine with cartridges and send the cartridge.

However, each shooter has his own view of reloading the machine. Most likely, he will reload the machine in his usual way, honed over the years of service and training. The specific situation in which there is a need to reload weapons is also decisive.
Ctrl Enter
Noticed a mistake Highlight text and press. Ctrl + Enter
We are
Reports from the militia of New Russia for 27-28 September 2014 of the yearKalashnikov rifle
77 comments
Information
Dear reader, to leave comments on the publication, you must to register.