In Ukrspetsexport: We are between a rock and a hard place of the USA and China, having fallen into a showdown of superpowers 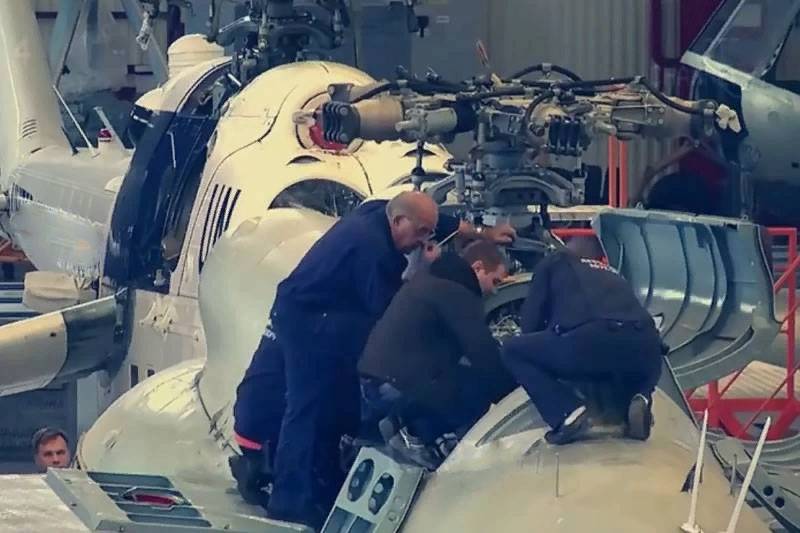 The future of the strategic Ukrainian enterprise Motor Sich, a world-famous manufacturer aviation engines becomes uncertain. It can remain the property of the Chinese, pass to the Americans, or be nationalized.


On May 8, the Shanghai Stock Exchange decided to suspend the so-called listing of shares in the Chinese company Beijing Xinwei Technology Group Co, which is currently considered the main owner of the Ukrainian Motor Sich plant. On May 15, this decision will enter into force. This was due to the financial problems of the enterprise.

Beijing Xinwei Technology Group Co since 2017 becomes unprofitable. Last year, the loss amounted to $ 2,6 billion, which is four and a half times higher than the market value of the company.

Although stopping listing is not considered bankruptcy, it’s the path to it. And if it comes to bankruptcy, which is quite possible, then all the assets of the Chinese company, including the shares of the Ukrainian plant, will be sold at auction.

Before the contract was signed with the Chinese, Motor Sich was offered to buy by the Americans. But for some reason, the company went to the new owners from the Middle Kingdom. They have already paid Ukroboronprom $ 100 million. Another 150 million should come from China this year.

But due to the deteriorating financial situation at Beijing Xinwei Technology Group Co, Ukrainian-Chinese cooperation in the field of engine building may be interrupted. The Antimonopoly Committee of Ukraine is ready to recognize the transaction on the purchase of the enterprise as insignificant (not having legal force) due to the exclusion from the exchange listing of the new owner of the plant. This can be considered as a deterioration in the business reputation of the partner, which is the basis for termination of the contract.

Knowing this, the Americans are actively probing the soil about the purchase of the Motor Sich plant, which makes the situation very sensitive for the Ukrainian leadership. But in the USA, most likely, they plan not to develop the enterprise, but to remove it from the market, bringing it to closure.

Whatever is decided in Kiev, it will cause dissatisfaction with either the United States or China. The whole complexity of the situation was briefly outlined by the head of Ukrspetsexport Sergey Bondarchuk:

We were caught between a rock and a hard place in the USA and China, falling into the showdown of two superpowers. Therefore, there is still no solution.
A difficult situation is now at the plant itself, because the Russian market, which the company previously focused on, is closed to it. The question of whether the state will save the enterprise through its nationalization or the provision of state orders remains in the air.

But, according to Sergei Bondarchuk, Motor Sich is hardly worth relying on government orders:

Ukraine prefers to buy French helicopters instead of saving its strategic enterprise.
Ctrl Enter
Noticed a mistake Highlight text and press. Ctrl + Enter
We are
Interview of Vladimir Putin with Radio Europe-1 and TF1December 2010 years. Russian March. Senseless and merciless? Notes not a Russian person
84 comments
Information
Dear reader, to leave comments on the publication, you must to register.