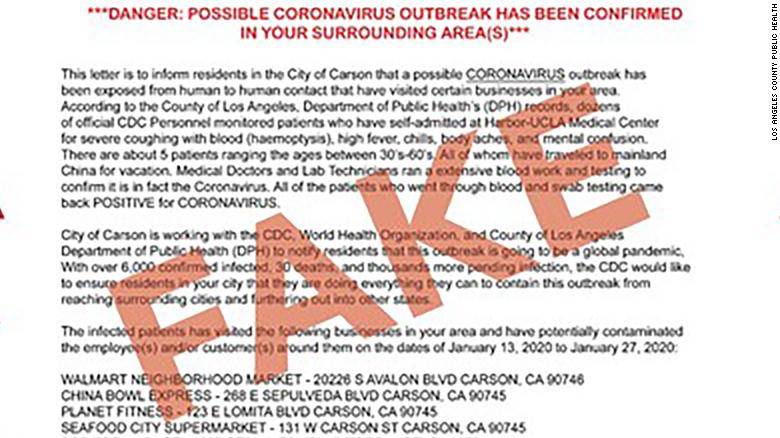 Panic and rumors - engines of infection

1831 year. St. Petersburg is at the epicenter of the cholera epidemic that came from the east. No one knows the true causes of this deadly dangerous disease, the imperial family left the capital, troops surrounded the city - in general, Petersburgers are in a state of chronic shock. In an atmosphere of uncertainty and near death, the craziest conspiracy theories are born. The rumor was widespread that the Poles organized mass poisoning of the population and that there really was no cholera. Even in Vladimir, Major Geiking informed the head of the 2nd district of the Gendarme Corps that

“Since recently ... a common rumor has spread that malevolent people everywhere produce cholerae, bribed by Poles, French and Turks, who poison wells and food supplies, produce mortality under the guise of cholera. From what the people became increasingly mistrustful of the treatment of physicians, who themselves seem to be giving cause to this by their continuous disputes about the stickiness and non-stickiness of cholera. "
Got in this troubled time and doctors. Doctors, according to the crowd, took absolutely healthy people to hospitals, and already in hospitals they poisoned the unfortunate and buried them alive. The most active and desperate townspeople gathered in gangs, searched random passers-by for the presence of bottles, vials and other attributes of the poisoner. Naturally, in the event of the discovery of the suspect in question, at best, beating was expected, and in the worst, death. They “rescued” patients by repulsing them from medical carriages. As a result, a crazed crowd at the peak of outrage broke into a cholera hospital, interrupted the doctors, crippled the junior medical staff and smashed all the medical equipment. 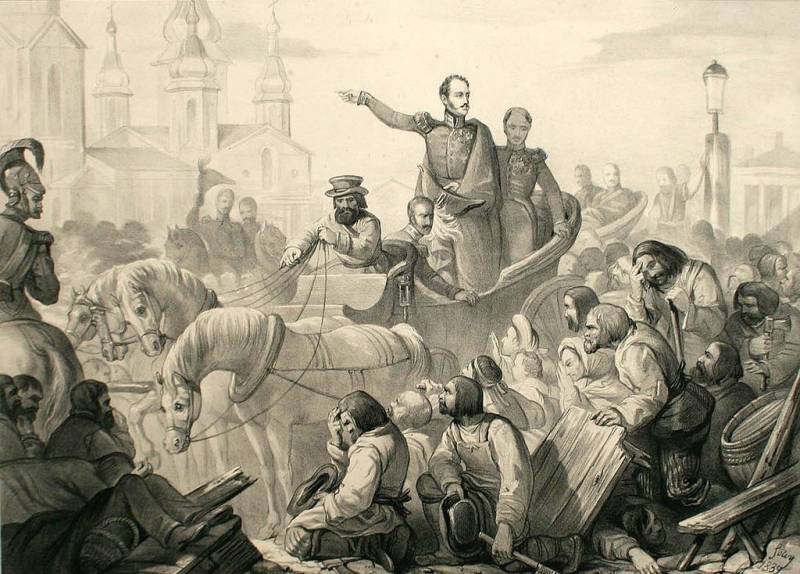 Nicholas I during the cholera riot on Sennaya Square. Source: ru.wikipedia.org
A contemporary of those events, one Gagaev, writes (spelling and punctuation preserved):

“I hasten to my dear friend to notify you about the tsar of St. Petersburg for our tsar. Konstantin Pavlovich is dead, the trouble of this month is on the 21st and 22nd of the day, what was the rebellion in St. Petersburg, which has never happened before, the black people were angry with the doctors, they’ve stained people and say that cholera broke three hospitals, doctors, paramedics, private bailiffs, 5 carriages were thrown into canals; the army stood on the 24th in rifles on Sennaya Square, at the Savior and the sub-military unit, in the Christmas part on the infantry, cavalry, artillery everyone asked tearfully, the governor, Generals, police chief were abducted, and the Tsar himself arrived on the 23rd, like at the Church of the Savior on Senna on his knees with tears, he cried bitterly, exclaimed whether you believe in God and the King, we all cried out we believe, we are ready to all fall with weapons on the battlefield, and not die at the hands of doctors, who put living people in coffins, what was the tear sob that is being done in Russia, the Tsar ordered the hospital to do now, the treasury ordered to give 320.000 rubles, and an official should be chosen what diseases and five hundred thousand inhabitants should not die; priests are no longer burying, and all the healers in the slingshots like cattle are poured into pits, so that there is no cholera; this is evident Poland bribed doctors so to stain; go around the procession of the church; the people are dying suddenly, terribly falling, where from the water, where from kvass, where from tea, and where from vodka; On the 25th of Glazov's tavern there was a people's battle; beat the doctors and private where all the troops gathered, Germans, Poles, Frenchmen all from St. Petersburg, they catch and put them on guardhouse, throw arsenic in kvass, not a single one was for this. ”
Although almost two hundred years have passed since the cholera epidemic, the faith of the population of Tsarist Russia in conspiracy theory is very similar to the current state of public consciousness. And modern gagaevs sowing rumors on the worldwide network about the causes and consequences of the coronavirus pandemic have become many times more. There are several reasons for trusting conspiracy theories. First of all, this feeling of uncertainty and uncertainty in the future. If even scientists cannot fully determine all the nuances of the origin and evolution of coronavirus, then what about ordinary inhabitants? The innate skepticism of many, multiplied by weak critical thinking, does its dirty deed. The second important reason for people's belief in coronavirus nonsense is the eternal hope for a miracle, which, as you know, dies last. It is from here that rumors about the healing properties of garlic, honey with citric acid, ginger and the ability of bananas to carry SARS-CoV-2 viruses on themselves (or even in themselves). Now, armed with such a "panacea", a citizen can not observe quarantine measures - he now has a tool to control the current critical situation. 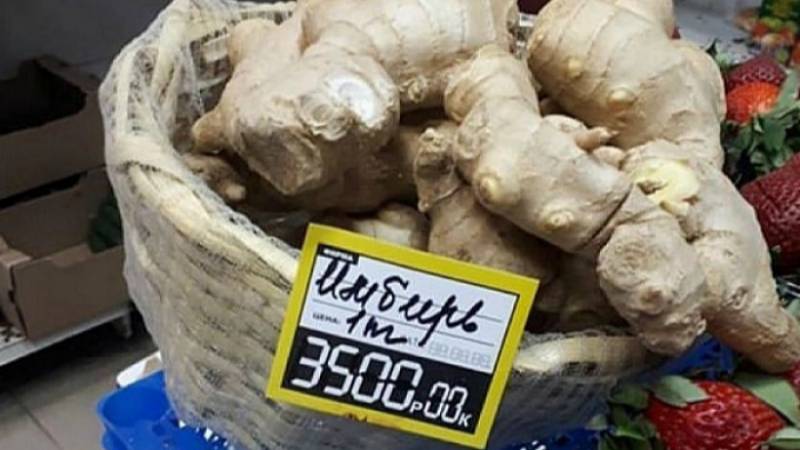 Source: fn-volga.ru
By the way, the prevailing public opinion regarding the omnipotence of modern science has created yet another precedent for the dissemination of fakes and rumors. Now it’s enough to mount on a pseudo-document the details of a real or even a fictional scientific institute, and that’s all - part of the audience will enthusiastically accept the information. This technique is very often used on TV channels, when an unknown doctor of sciences, or even an academician, assenting to the key hypothesis of the broadcast, broadcasts from the screen. In this case, more dangerous incidents happen when senior officials from science intentionally lie. For example, the author of the book “Caution! Biohazard ”Kanatzhan Alibekov unambiguously hints at the use of biological weapons by Soviet troops near Stalingrad. Everyone remembers the outbreak of tularemia in the Germans? So, the doctor of biological sciences, a world-famous microbiologist, claims that this is the work of Soviet specialists. Typical politicized pseudoscience.

In fairness, it’s worth saying that abroad the situation with such tolerance for pseudoscience is not better than ours. So, in the 80s of the last century, the Villejuif List was known in Europe, consisting of many common food additives that supposedly cause cancer. In this hoax, citric acid was declared the most important carcinogen, as allegedly reported by medical researchers from a clinic in the city of Viljuif. Naturally, the medical community had nothing to do with this, but the consequences in Europe were felt for another 10-15 years. This forced the doctors again and again to refute the frank fake that pops up in the naive consciousness of Europeans. And now, doctors and researchers constantly have to be distracted from their immediate responsibilities in order to dissuade us in the next nonsense.

Hit parade of fakes and rumors

The XNUMXst century is the era of instant messengers and social networks. Information is copied in a couple of seconds, distributed among millions of users, then it causes an emotional wave, which is not easy to stop. In March, Petersburger Polina Golovushkina, who lives and works in Italy, posted a biased text on the VKontakte network. The appeal to the Russians is imbued with hypertrophied descriptions of horror in Italy, and ends very nicely (spelling and punctuation preserved):

“I do not urge to panic, but I beg you: you need to change your habits now, because it will be too late in a couple of weeks. Do not leave home, do not accept guests, relatives, do not go to work, school, university. (Of course, it mostly depends on the state, but still ..) Wear masks, wash your hands. Treasure your loved ones. Leave home rarely, and at an emergency. Trainers, books, films to help you. ”
Only on a social network, this opus collected almost 6 million views, and it was, perhaps, distributed across various instant messengers to the entire population of Russia. Even Patriarch Kirill mentioned it in a sermon! Polina’s arguments like “save yourself before it’s too late” and “I’m here myself and I know everything” left a lasting impression on the psyche of Russians. By the way, the author of the post owns an agency for organizing weddings in Italy, which, of course, will play a certain positive role when the whole история will settle down. 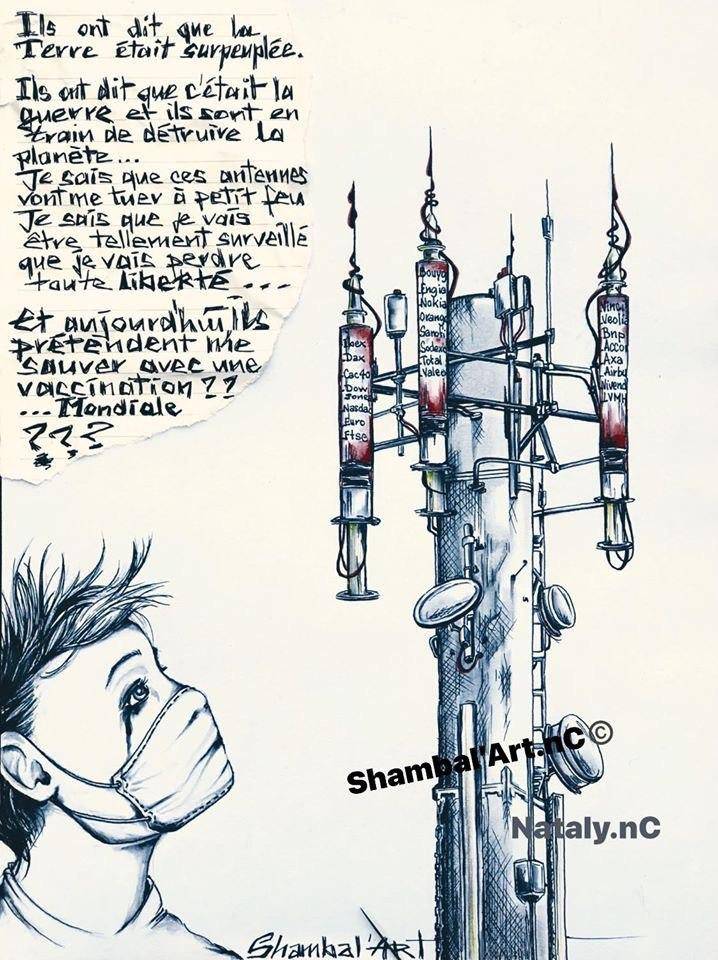 Source: nplus1.ru
The notorious 5G networks became a real fake, which, according to many conspiracy therapists, is the true cause of such a rapid development of coronavirus infection. A few days ago, history reached Russia as well - the first 5G tower was burned in North Ossetia. Before that, towers in the UK and the Netherlands were destroyed. The thick vinaigrette of conspiracy theology 5G is laced with “chipping” people with “smart dust”, coronavirus, Bill Gates, Victoria Bonya with his Instagram and a bunch of other conspiratorial things like that.

In second place after all kinds of stories with the coronavirus are issues of confrontation between China and the United States. Actually, the Celestial Empire is more in the role of the defending side - the main attacks fly from the side of Trump. The President of the United States accuses Chinese scientists of either negligence or malicious intent in creating a deadly virus and faces serious consequences for the whole country. In response, there are allegations of an American biological conspiracy to destroy China's economy. All sorts of scientists of different stripes try unsuccessfully to stop both points, while forgetting that they themselves do not have any special evidence of the natural origin of SARS-CoV-2. Certain scientists, laureates, pouring oil into the fire, shouting from the place of assumption that "nevertheless, purely theoretically, with great assumptions, the coronavirus could be created by human hands." And the fake flywheel News starts with renewed vigor.

The governments of different countries belatedly open anti-fake sites, tighten penalties for lying about the coronavirus, but people all the same, when they see another message on their phone, go to open the windows and doors of the balconies. After all, a helicopter with disinfection will soon arrive and give a deliverance.

We are in Yandex Zen
Influenza in Russia. What threatens public health and why not panic?
Situational analysis of the death of the MH17 flight (Malaysian Boeing 777), made on the basis of engineering analysis from 15.08.2014
178 comments
Information
Dear reader, to leave comments on the publication, you must to register.