The future of the Russian aircraft MS-21: breakthrough technologies, but the time is “non-flying” 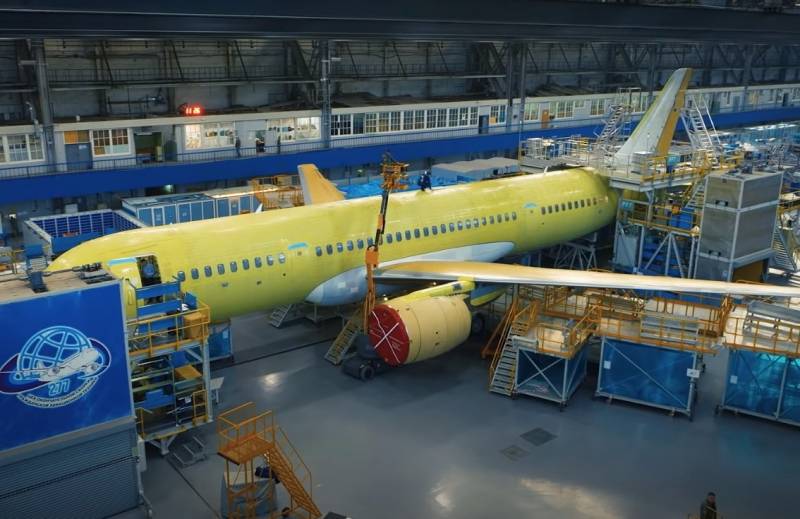 In 2021, Russian airlines should receive the first MS-21 airliners. This aircraft is still causing conflicting estimates. Some call it a genuine breakthrough in the post-Soviet aircraft industry, others - an outright adventure.


According to representatives of the Ministry of Industry and Trade of Russia, the MS-21 aircraft must withstand competition with aircraft of such world-famous giants aviation industries like Boeing and Airbus. After all, the MS-21 is planned as an aircraft with an increased level of comfort for passengers. This quality is achieved thanks to the widest fuselage in this class of airborne vehicles. As a result, the liner can accommodate more spacious and comfortable chairs, or make a wide passage in which two people can freely stretch.

The skepticism about the future of the MC-21 is due to several considerations. Firstly, one must be realistic - it will be very difficult for a new Russian-made liner to win its place under the sun. After all, the same Boeing and Airbus are not only the richest companies with huge history, not only real brands, they also have developed relations with potential buyers, which they are unlikely to share, especially against the backdrop of the global economic crisis. By 2025, the global aircraft market has already been contracted by Boeing and Airbus by 75%! Therefore, the aircraft will have problems with entering the foreign market.

Secondly, the MS-21 is by no means cheap to manufacture. The cost of its production is growing all the time, which is associated with government orders to increase the percentage of domestic components, if not up to 97%, then at least up to 80%. The task is very difficult, although feasible in the presence of financial injections.

Thirdly, experts raise questions about the fuel efficiency of the new aircraft. However, now the situation in the fuel market has changed significantly compared to the time when Russia only announced plans to create the MS-21. However, the West has severe environmental restrictions, which are often used as a tool for competition. That is, with the help of a certification system, the West impedes the penetration of aircraft of a different production on their markets than the products of American and European aircraft construction companies.

Fourth, skeptics cite the SSJ-100 experience as an example, sales of which can hardly be called successful. But we must not forget that the Superjet and the MS-21 are still fundamentally different planes with different histories, which means that the future can also be very different.

In addition to increased comfort, experts call the strength of the aircraft a high degree of implementation of innovative technologies and materials. For example, when creating an airplane, modern polymer composite materials are widely used, including due to which it was possible to construct a wing with increased aerodynamic quality.

The MS-21 has an aluminum fuselage, tail and wings are made of carbon fiber. Carbon is plastic reinforced with carbon fiber and is much more durable than carbon steel. Moreover, the Russian company AeroComposite-Ulyanovsk was the first in the world to significantly reduce the cost of production of these materials. 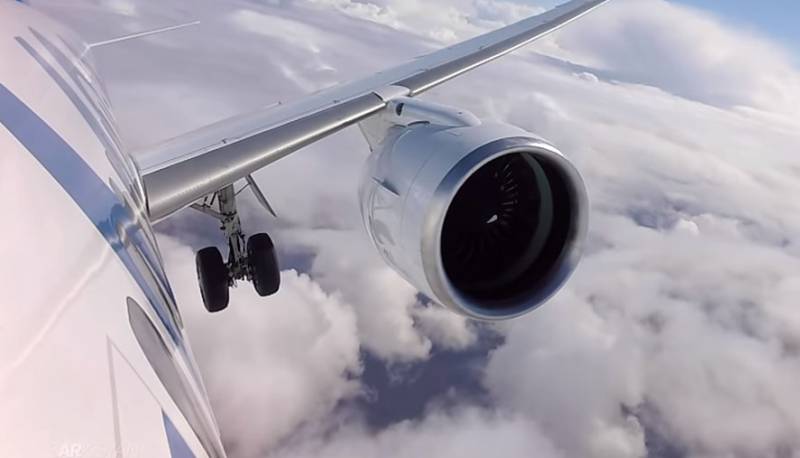 Japanese author Kotaro Watanabe from the JB Press did not fail to emphasize that the carbon-fiber wings make the MC-21 a more advanced air machine than the Boeing-787, which is currently considered the most advanced airliner in the world. Although Boeing also uses carbon wings, the cost of production of these parts for the MS-21 is much lower, which is what the Japanese are paying attention to.

It is now obvious that the MS-21 can succeed in two ways. The first is the domestic market, where there is a need for modern domestic aircraft. There are no barriers in the form of certification of the western sample here. The only probable problem is the cost of the aircraft. And this question is very significant, especially in the conditions of the most severe crisis in which the airline industry found itself after the coronavirus pandemic. While time, as they say, is "non-flying". Air carriers incur losses worldwide.

The second direction is the market of developing countries. A number of Asian and African states have traditionally shown interest in Russian-made products in the field of aviation and aviation equipment. It is likely that the MS-21 will not be an exception. At least, experts are talking about the possibility of concluding contracts with Iran, which is interested in other, non-American and non-European suppliers of aircraft.

However, now the future of the MS-21 will completely run into a financial problem. Even if the state has enough funds to complete the creation of the “21st Century Mainline Aircraft,” this does not mean that the airlines, beaten by the economic crisis and reduced production, can afford to purchase it. Therefore, there is a certain risk that the MS-XNUMX will not go into mass production in the next few years.

Ctrl Enter
Noticed a mistake Highlight text and press. Ctrl + Enter
We are
The tragedy of the American army ("The Atlantic", USA)Situational analysis of the death of the MH17 flight (Malaysian Boeing 777), made on the basis of engineering analysis from 15.08.2014
150 comments
Information
Dear reader, to leave comments on the publication, you must to register.