With European accompaniment: A video of a Tu-160 flight over the Baltic Sea appeared on the web 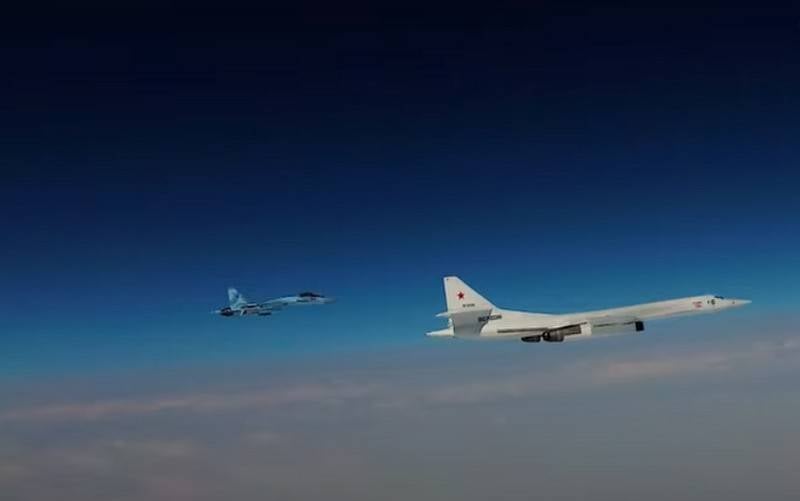 A video of the flight of a pair of Russian strategic missile carriers Tu-160 over the neutral waters of the Baltic Sea appeared on the Web. The video on its YouTube channel was marked by the Zvezda shopping center.


The press service of the Russian Ministry of Defense previously reported that a total of a pair of missile carriers spent in the air for more than eight hours, the flight took place over the neutral waters of the Baltic Sea. In some areas of the flight, Russian missile carriers were accompanied by NATO aircraft. It is noted that the flight was in normal mode, without incident.


Another planned flight of Russian aircraft Far aviation VKS of the Russian Federation passed in the northern latitudes. The Ministry of Defense reported that a pair of Tu-22M3 bombers carried out a flight over the neutral waters of the Barents and Norwegian seas. In total, the aircraft spent in the air for about four hours. In flight, at selected sites, Russian bombers were accompanied by Norwegian Air Force F-16 fighters.
Ctrl Enter
Noticed a mistake Highlight text and press. Ctrl + Enter
We are
In Sweden, tested the first production JAS-39E Gripen NG for the country's air forceSupplies of China Tu-22М3 bombers are unlikely
42 comments
Information
Dear reader, to leave comments on the publication, you must to register.