We do not live in the USSR! Optimizer Acts 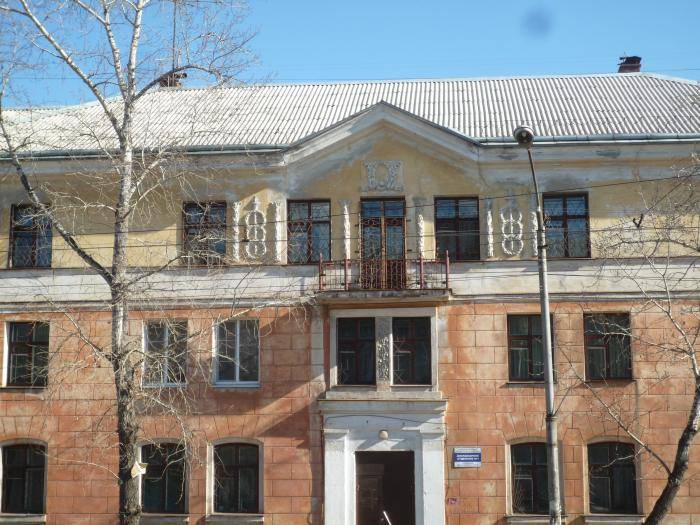 
After the beginning of the struggle of the Angarsk branch of the Irkutsk Regional Psychiatric Hospital with optimization and advanced requirements, after the appeal of the oldest member of the team to health officials in the Irkutsk region, activists were called to a “meeting”. The result is described below. This is a summary of the "conversation." If an MP3 recording file is needed for confirmation, it will be provided. Thanks to the administration of Military Review for reporting on the problem of Russian medicine!

On April 23, 2020, representatives of the collective of the Angara branch of IAPND, who made an open protest appeal against optimization in the institution, attended a meeting at the Ministry of Health of the Irkutsk Region, where they were invited to resolve the conflict.

At the very beginning of the meeting, the audience was made clear that they would not talk to them as with representatives of the trade union. Chief Physician of IOPND Alekhine I.N. He said that a response to the open appeal by management has already been prepared, but the workers will not be provided with this answer until they have submitted documents confirming the legal status of the Action union.

Thus, the leadership not only ignored the initial requirement to include representatives of an independent trade union in the working group to resolve the situation, but also refused to recognize the union as a subject of intermediate negotiations. “You represent an organization, not a team,” said Alekhine. “When we get all the necessary information from you, then we will interact.” Workers objected that they represented the team.

After this beginning, employees were asked to talk about their problems. However, formal formal courtesy soon followed, for which the employees of the Angarsk branch apparently called for an interview: the leadership began to prove the groundlessness of the doctors' demands.

Over and over again, management representatives tried to point out the fact that patients allegedly did not leave the institution for an excessively long time. Doctors and medical staff of the institution, according to management, for a long time "treat the same people, instead of transferring them to the outpatient department and organize home treatment." Health workers were advised that instead of dealing with severely ill patients in a hospital, they should transfer them to an outpatient regimen and then “walk and distribute pills.”

Representatives of the union objected, pointing to the forced long stay in the hospital for certain patients who, due to severe mental disorders, are dangerous for themselves and for others. Indications that such patients simply cannot be treated on an outpatient basis, that some patients have no home or relatives at all, clumsily retorted with indications of existing standards and norms. “Today, the trend is this: do not treat patients in a hospital. Patients should be treated at home, ”said Deputy Health Minister Golonetskaya E.S.

Alekhine, chief medical officer of the Institute for Nuclear Medicine, said that the outpatient treatment can be very effective, citing the experience of treating patients with bronchial asthma at home (!!!). A comparison of patients with bronchial asthma with those who, due to a mental disorder, are not aware of the nature of their actions and are not able to provide elementary help, speaks of an extremely strange understanding by the head physician of a specialized medical institution of the goals and objectives of the psychiatric service.

“Patients with acute psychoses cannot simply be let go on all four sides at the end of the treatment period established by the standard,” the doctors said. In response to this, there were accusations that the employees of the Angara branch of IAPND allegedly arranged a kind of shelter for the homeless within the walls of their institution. Thus, the management representatives deliberately tried to shift the focus from the real problem of the lack of beds for people in dire need of psychiatric help to the sort of improper organization of the institution, in which a mass of patients without a fixed place of residence now allegedly sat down. And although a high-ranking official is clear that there is no need to stand on ceremony with respect to the homeless, representatives of the medical team tried to challenge this view of the situation, they said that there was no dominance of homeless people in their institution.

The debate over the timing of treatment lasted a long time, and sometimes the disputing parties turned to elevated tones. The optimizers, either in order of threat, or in order to boast of their success in reducing hospital beds and medical facilities, said that they would withdraw all patients from the Angarsk hospital in the same way as they did with the Irkutsk Psychiatric Hospital, now closed (the famous Alexander Central) .

The deputy minister also urged those present to take an example from the social protection authorities, which have already reduced all their institutions. Now, in her words, the turn of psychiatric institutions has come.

“We do not live in the Soviet Union — whether we like it or not”,
- said the deputy minister.

We dare to assume that the attitude of the management representatives and ordinary workers can vary significantly: optimization officials in the Soviet Union would have a different fate and career than current health care managers.

Doctors were asked to carry out the plan: in this case, the institution is supposedly guaranteed to preserve beds. There was no answer to the objection that the medical workers had deliberately set plans that were not feasible under the current conditions.

Doctors also noted a lack of drugs, which makes it impossible to provide effective care to the patient. Management representatives left this comment unanswered.

As a result, representatives of the management stated that the medical workers could not justify their claims ...

On the issue of processing, the deputy minister, not embarrassed, stated that her working day also starts an hour earlier and ends a few hours later (so the workers were told in plain text that they were in the same conditions with a high-ranking official). Apparently, the nature of work, working conditions and the salary of the deputy minister and psychiatrist in our area do not differ.

The assembled workers have been repeatedly accused of incorrectly organizing their work, that their claims are not substantiated, that the reason for the poor management of the institution’s affairs lies in the lack of their own work.

Despite the many calls "to show respect for each other" voiced by representatives of the leadership, they themselves did not shy away from interfering with the doctors and communicate with them on the verge of rudeness.

When Aleksey Vereshchagin, the head of the trade union cell “Actions” in the institution, began to refute the optimizers' arguments, he was interrupted by the phrase: “Aleksey Sergeevich, you are still very young ...” When he asked how to cure a severe psychiatric patient in two months, he was answered: "Read the literature."

The problem of wages and lack of rates was explained by the outdated method of calculating rates, which, according to the head physician, has not changed since the 80s, and, therefore, is hopelessly outdated. Should we understand this in such a way that now, compared with the 80s, people are less likely to suffer from severe mental illness? Or maybe the level of drug addiction has dropped significantly over the past 35-40 years? Has the objective need for psychiatric help really decreased over the years? Apparently, management believes that it is.

The lack of personnel (according to the representatives of the leadership) should be decided by the heads of departments, who, despite combining two, and sometimes three rates, must travel to medical schools and select promising students there ...

The doctors were asked to calculate the optimal number of rates themselves, based on the current standards and indicators of the institution. At the same time, they were assured that the reduction of staff in the institution will happen anyway. In the same way, they were asked to calculate the number of beds. From all that has been said, it is impossible not to single out the following phrase released by the leading workers: "The more bets you have, the less money we will have for development."

Toward the end of the conversation, management representatives again went on the offensive and warned the assembled health workers that after quarantine was over, a check would come to their institution that would analyze the treatment of each patient.

Naturally, it could not do without calls to rally in the face of a common threat - the coronavirus epidemic. By the way, the Angara doctors during the conversation arranged a natural interrogation as to what preventive measures against the spread of coronavirus were taken at their institution. The authorities use every chance to indicate to the employee his place.

In the end, officials and senior officials suggested that the Angara physicians draw up their proposals in the form of a well-defined and calculated, justified and constructive development program, so that management could consider it and give an answer. Needless to say, this is only a ruse, calculated that the protest against having negative phenomena will turn into a petition for some positive changes? What is the fate of all such petitions, it is not difficult to guess: they will simply be sent under the cloth. Or, such a request with the program will simply be given a negative answer, relying on “current standards and norms” that allow burying any positive undertaking under the rubble of bureaucratic evasions.

Therefore, we believe that we need to rally around our requirements and around an independent trade union organization, the cell of which operates in our institution. We still have a lot of tests, we will probably be frightened, persuaded, confused, but if we succumb to and depart from the provisions of our open circulation, we will be defeated, which means that everything will go as optimizers want: the reduction of beds and staff will continue , the burden on the remaining doctors will increase, and their salary will fall, the quality of medical care will deteriorate, and its coverage will narrow.

We will not deviate from our demands, we will stockpile with determination and win - for the sake of the employees of our institution, for the sake of our patients and all citizens!

Ctrl Enter
Noticed a mistake Highlight text and press. Ctrl + Enter
We are
A great interview with Sergey Lavrov: about Ukraine, Obama and IranWhat you didn't want to know about England
245 comments
Information
Dear reader, to leave comments on the publication, you must to register.