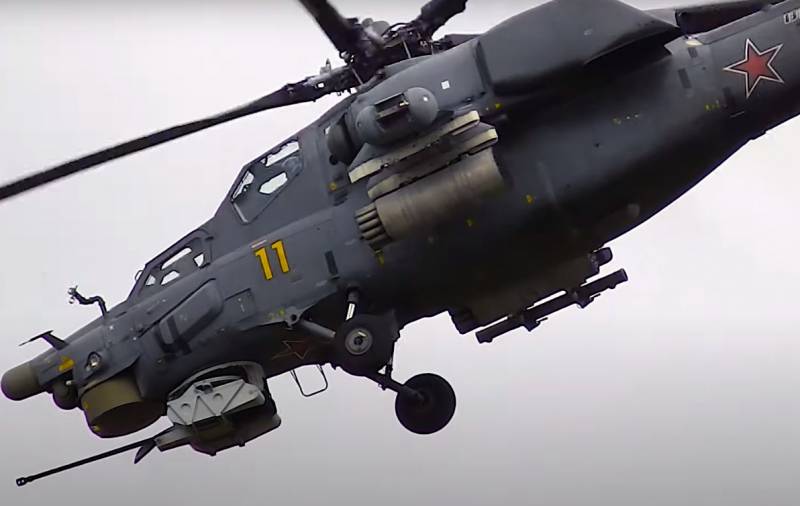 Polish media are very fond of analyzing and evaluating the products of the Russian defense industry and the armament of the Russian army. This time, the publication Defense24.pl stopped on the analysis of the main Russian combat helicopters.


The author of the article dedicated to the Russian Air Force assault helicopters, Juliusz Sabak, notes that there is hardly another state in the world that produces at the same time three types of these specialized combat vehicles and introduces all these types into its armed forces. Mi-28N, Ka-52, Mi-35M - these are three attack helicopters, which are discussed in the Polish material.

In addition to structural changes in army aviation, according to the Polish author, in the 2010s, a number of technical problems of Russian combat helicopters were discovered, including difficulties with working at night and in bad weather conditions. Helicopter equipment was practically not suitable for night observation, writes Sabak.

The first step to overcome the existing shortcomings was the appearance of a modification of the Mi-24PN helicopter, designed to perform combat missions at night and equipped with a special thermal imaging night sighting subsystem guidance. Mi-24PN shipments to the troops began in 2003. 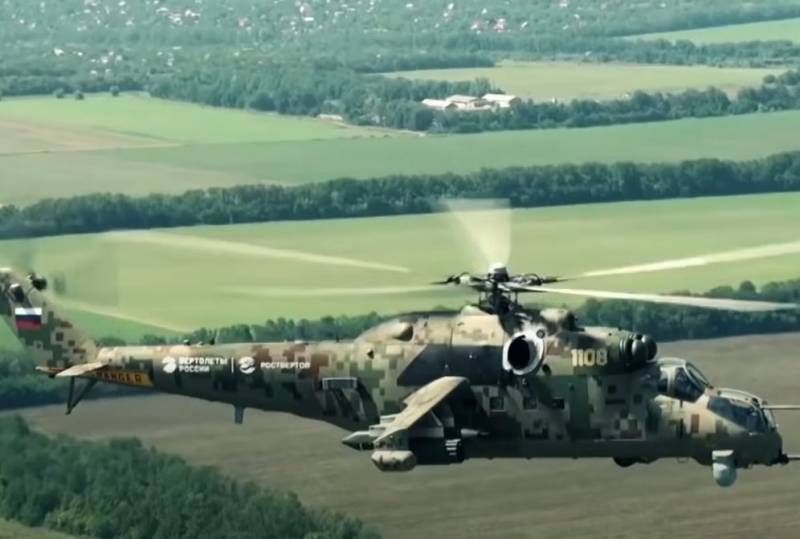 The successor of the same line was the Mi-35M multifunctional combat helicopter, which combined the functions of an attack helicopter with the ability to solve the tasks of delivering landing groups, as well as evacuating and transporting wounded military personnel.

In 2009, the Mi-28N Night Hunter helicopter was adopted, about which four years earlier the then Chief of the General Staff of the RF Armed Forces Army General Yuri Baluyevsky said that this would be the main army helicopter.

Unlike the Mi-24 and Mi-35M, the Mi-28N was originally created as a helicopter exclusively for assault purposes - to detect and destroy the enemy. Therefore, the machine was optimized for a more effective attack in all weather conditions and at any time of the day. The pilot and gunner of the helicopter received their own independent optoelectronic systems. 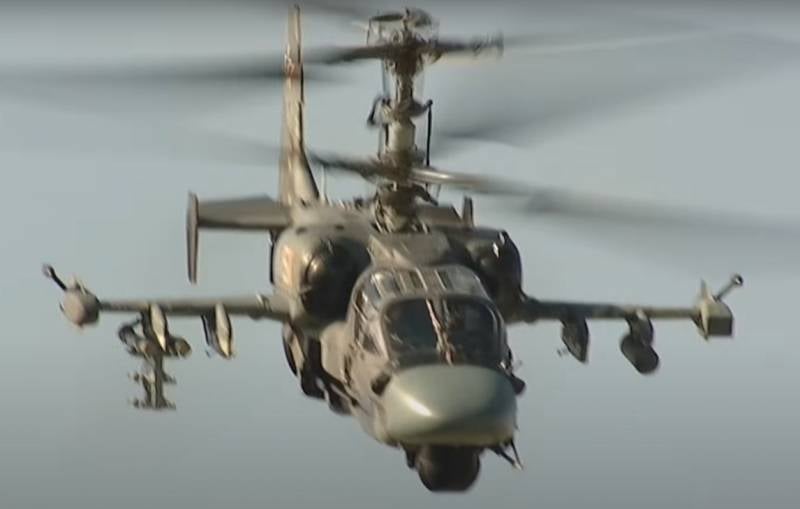 The third helicopter, which the Polish edition recalls, is the Ka-52 Alligator. It represents the next stage of development of the Ka-50 Black Shark helicopter and is designed to carry out reconnaissance and combat missions.

Even the Polish author, Juliusz Sabak, who retains the skepticism traditional for Polish journalists regarding Russian weapons, is forced to admit in his article that the Ka-52 is indeed a successful and largely unique helicopter.

Naturally, the Polish audience immediately remembered the imaginary Russian threat and began to discuss the prospects of Russia's attack on Poland.

We have to spend a lot of money to count on defense against attack,
- writes one of the commentators, and many ordinary Poles demonstrate a similar position.

But, fortunately, sound voices are heard.

I read these arguments and wonder: what exactly do we have so that it would be profitable for Russians to attack us? Gold, diamonds, oil, gas or some other strategic raw material? Why should Russia enter into a full-scale armed conflict in Central and Eastern Europe?

- Such questions are asked in one of the few reasonable comments.

Ctrl Enter
Noticed a mistake Highlight text and press. Ctrl + Enter
We are
Polish expert: the annexation of the Crimea is a symbol of Europe's helplessnessDoes Poland modernize armored vehicles in Russian?
39 comments
Information
Dear reader, to leave comments on the publication, you must to register.