Let's talk about science: how the study of pterosaurs can help aircraft designers 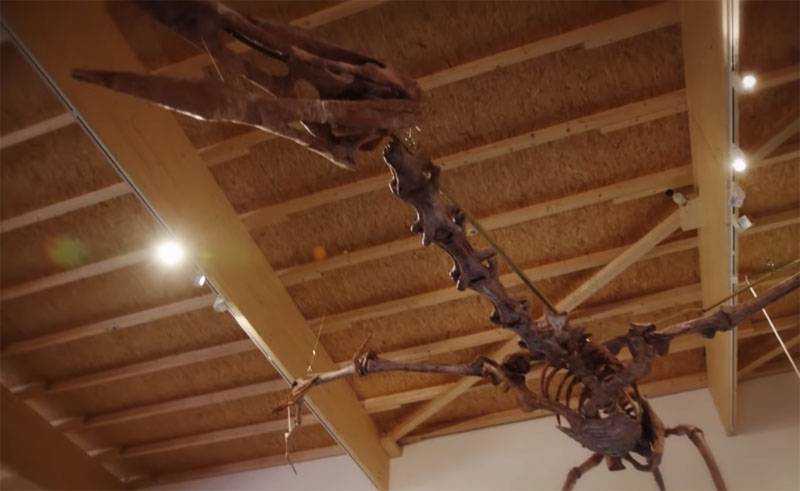 In the section “Let's talk about science”, a topic related to the study of flight biomechanics is proposed for discussion.


It is no secret that some modern aircraft (including UAVs) were created after careful study and analysis of the movement of birds and insects. Their biomechanics often gave engineers an understanding of which design option for an airplane glider or an unmanned aerial vehicle, or a helicopter rotor circuit, could be optimal for solving a particular design problem.

At the same time, it is necessary to take into account the fact that the study of the plumage of birds, their muscle structure along with the muscle structure of, for example, bats, began long before the appearance of the first aircraft. A man observed, drew conclusions, tried to test in relation to himself. As you know, it turned out with varying degrees of success. But the stubbornness of some, the observation of others and the genius of the third in the end still led to the fact that a man ascended into heaven.

However, the study of the biomechanics of living organisms with the ability to fly did not end there. It continues today. Moreover, often the study may seem more than exotic. 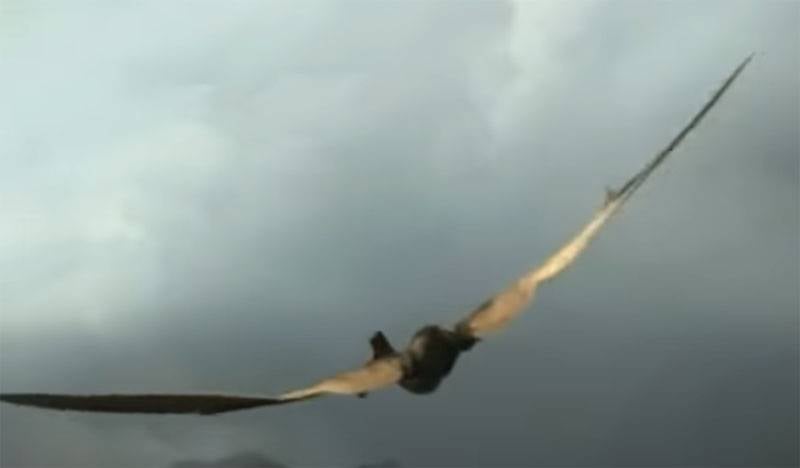 So, one of the specialist groups is studying the biomechanics of flight of extinct species in order to obtain detailed data on the possibility of its application to modern aircraft in one form or another. Pterosaurs are the first to be studied. In simple terms, these are flying dinosaurs extinct millions of years ago, or rather - flying archosaurs. Moreover, these are the largest living creatures capable of flying that have ever inhabited the Earth. At least to date, no larger flying living organisms are known. It is believed that birds eventually came from flying archosaurs.

Among the largest pterosaurs, one can distinguish, for example, the Aramburgian (Aramburgian) Philadelphia with a wingspan of up to 13 meters, as well as the Hatsegopteryx, whose wingspan reached 11 meters. Moreover, there is only estimated data on the mass of these creatures. And these data are “not less than 200 kg for adults”.

So how can extinct pterosaurs help modern aviation?

Scientists involved in the study of the flight of pterosaurs set as their task the study of natural solutions to ensure the stability of a large object in flight, the possibility of take-off actually from a place when taking into account the combination of the surface area of ​​the wing and the ability to fold and straighten it.

The problem is that scientists have to do the analysis solely on fossils that a computer program “revives”. It completes the muscle structure, allowing you to determine the main nodes of the load on the skeleton during takeoff and further flight.

Scientists say that the anatomy of the wings of pterosaurs is of the greatest interest. So, the aramburgians mentioned had the opportunity to use wings not only for their flight, but also for movements on the surface of the earth.

It is noted that there are three fairly well-preserved fossils of large pterosaurs. And these fossils allow you to see and study the membrane layers of their wings. Scientists believe that such a study will lead to the conclusion about the elasticity of the biological fiber of the wing of an ancient animal.

It is assumed that the so-called ballistic take-off for pterosaurs was distinguished by features. The fact is that the ability to jump to the required height for wingspan to a creature weighing several hundred kg is not so great. Therefore, a model was proposed, according to which the same Aramburgians pushed their elbows off the ground and at the moment of separation they got the opportunity to spread their wings. There is an option and repulsion from the hind limbs with spreading wings in an upright position.

It is believed that such an option would help the robotic drones to fly into the air with less fuel, which are necessary during the runway run.

Additionally, the effect of sailing is studied for such huge flying creatures as pterosaurs. Indeed, with a membrane device of wings with a wingspan of up to 13 m, a strong gust of wind could simply “blow off” the pterosaur “off course”. But this was hardly the case. The flight technique of an object with a large wingspan capable of changing shape when flying at high speed, as reported, can be used not only for aircraft, but also for landing equipment - for example, guided parachute systems, special suits, etc.

This, perhaps, is the case when paleontology can very well help the modern aircraft design school with non-standard solutions.

Ctrl Enter
Noticed a mistake Highlight text and press. Ctrl + Enter
We are
Reports from the militia of New Russia for 27-28 September 2014 of the yearYuri Drozdov: Russia prepared the role of the sacrificial calf
59 comments
Information
Dear reader, to leave comments on the publication, you must to register.