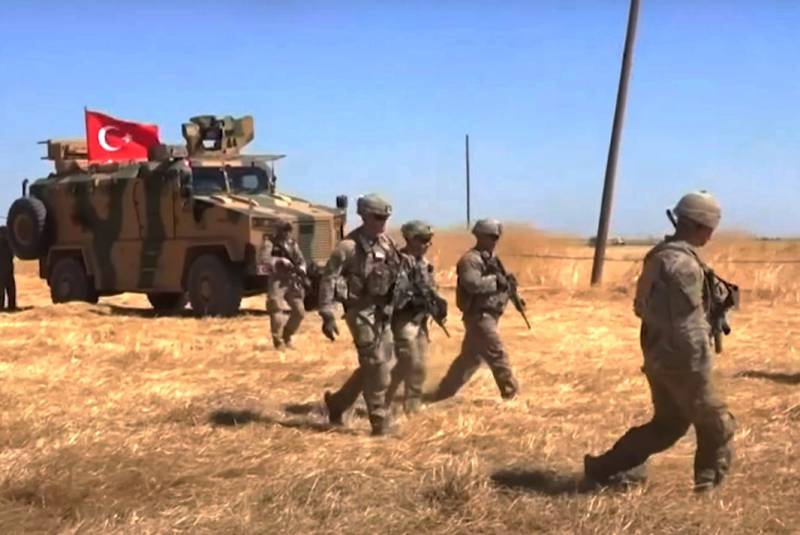 The situation in the Syrian provinces remains tense. Due to protests, the route of Russian-Turkish patrol of the M4 highway was shortened, and Turkey deployed army special forces to the south of Idlib province.


The fourth Russian-Turkish patrol was carried out successfully, but along a shortened route. Despite the fact that two days earlier, the Turkish military managed to push the protesters off the highway, protests organized by radical groups continue.

As it became known, the radicals from the Khayyat Tahrir al-Sham group banned in Russia are breaking down the towers of the power line along the M4 highway. Obviously, destroying the power lines, the militants expect to create additional obstacles for patrolling the highway. At the same time, the most negative reaction among the militants is caused by the participation in the patrolling of the Russian military, against whom threats are already regularly issued.

In the north of Aleppo province, Turkish unmanned aerial vehicles attacked the area where one of the underground passages of Kurdish fighters lies.

In turn, a convoy of the American army arrived in Hasaka province, also with military equipment, weapons and ammunition. He headed to an American military base. Also in Hasak, near the city of Ras al-Ain, an underground passage was discovered, which was used by activists of the Kurdistan Workers Party to penetrate the territory of the neighboring Turkish province of Sanliurfa.

In the province of Idlib, a car bomb exploded in Kafr Taharim. As a result of the terrorist attack, two were killed, one of them was Abu Bakr Halaby, who served as the so-called Sharia judge in the organization “Khayyat Tahrir al-Sham”.

Interestingly, the HTS released a senior member of the pro-Turkish "Syrian National Army", which we reported yesterday about the detention of fighters by the group. Apparently, the leaders of the HTS did not want to go on to further aggravate relations with the Turkish command, patronizing the "Syrian National Army."

An interesting event took place last day in the province of Homs. A large group of militants from the Jeysh Magavir at-Taura group deserted here. This organization is controlled by the forces of the so-called "International coalition" led by the United States, so the militants were in a training center organized by the Americans near the Et-Tanf military base. The militants, having left the camp at 8 pick-ups, arrived at the location of the parts of the Syrian Arab army and announced that they were surrendering and lay down their weapons.

Naturally, the informational resources opposed to Damascus hastened to refute the fact that the militants were taken prisoner, claiming that the convoy that was spotted in the province actually belonged to one of the smuggling criminal groups.

We are in Yandex Zen
Syria, April 14: Turkish police disperse protest near M4 highway in Idlib
Militants "Hayat Tahrir ash-Sham" in Idlib - Turkey: Just try to disarm us
5 comments
Information
Dear reader, to leave comments on the publication, you must to register.