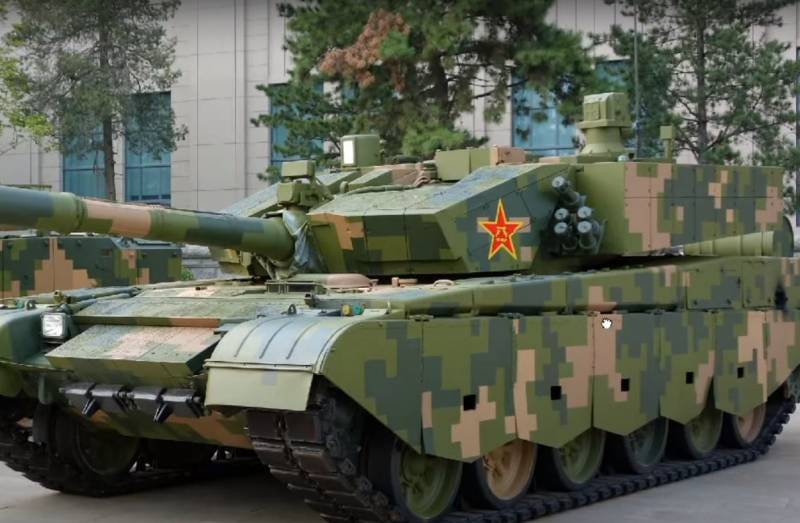 In China, convinced of the superiority of their tank Type 99 over most other modern tanks, including the M1 Abrams, the main battle tank of the U.S. Army. But is there any real reason for the Chinese press to extol the PLA war machine like that?


Like many other types of military equipment and weapons made in China, the Type 99 (ZTZ-99) tank is based on technologies developed and tested in the Soviet Union. Chinese designers took over the experience of Soviet tank building, creatively approaching the development of one of the most massive Soviet T-72 tanks. At the same time, experts call Type 99 a truly breakthrough product of the Chinese military industry.

The tank entered serial production in 1998, after three years having entered service with tank units of the People's Liberation Army of China. The Type 99 tank is armed with a ZPT-98 smoothbore gun, which is actually a copy of the Soviet 2A46. An electromechanical automatic loader is used, which also resembles a Soviet prototype.

The rate of fire of the gun is 8 rounds per minute, the ammunition load is 22 rounds in the automatic loader (41 rounds of separate-shell loading). Used armor-piercing shells with a detachable pallet, cumulative, high-explosive fragmentation ammunition, anti-tank guided missiles.

The Type 99 tank is armed with a 125 mm cannon, unlike most NATO countries armed with 120 mm cannons. Type 99 has a 125 mm cannon with a carousel. Ammunition with a tungsten core allows to penetrate the frontal armor of the American tank M1 Abrams. In the future, the Chinese military command expects to equip the new tank modifications with a 140-mm cannon.

Automatic loading allows you to reduce the crew to 3 people. Western tanks with 4 crew members, of course, are larger and heavier than those tanks in which there are 3 crew members, since an extra tanker also needs extra space inside the car.

In addition, the Type 99 weighs about 55 tons with the weight of the main battle tank of the US Army M1 Abrams in more than 70 tons. This fact also increases the maneuverability and mobility of the Chinese combat vehicle. The speed of the Type 99 tank is up to 80 km / h, while the Abrams can only reach speeds of 68 km / h.

A separate point is the excellent Type 99 electronics, for example, a search-tracking infrared system. The presence of a laser complex of active counteraction allows the commander to know that the tank is irradiated by the enemy’s laser beam and to order the driver to remove the tank from the danger zone. It also improves tank survival during combat operations.

According to some reports, the Chinese tank also uses a powerful quantum generator, blinding laser-guided laser-guided missiles with a laser beam and incapacitating enemy sights. Such a generator is capable of hitting the organs of vision of the operators of enemy guns.

As for the safety of the tank during attacks by enemy guns, the Type 99 is protected by composite armor, and has dynamic protection in the form of blocks that undermine flying projectiles. The Type 99A2 modification uses a multi-layer defense system, using a radar system to undermine elements of active-reactive armor before the enemy’s shell weapons hit the tank.

No wonder the American expert Sebastien Roblin of The National Interest writes that the Type 99 tank, even though it was never used in battle, arouses respect among the Western military. Moreover, in a number of parameters it surpasses the American tank M1 Abrams, although the latter was still repeatedly tested in a variety of military campaigns.

Ctrl Enter
Noticed a mistake Highlight text and press. Ctrl + Enter
We are
Further development of the main battle tankStrangulation: the context, conduct and consequences of the American naval blockade of China
42 comments
Information
Dear reader, to leave comments on the publication, you must to register.