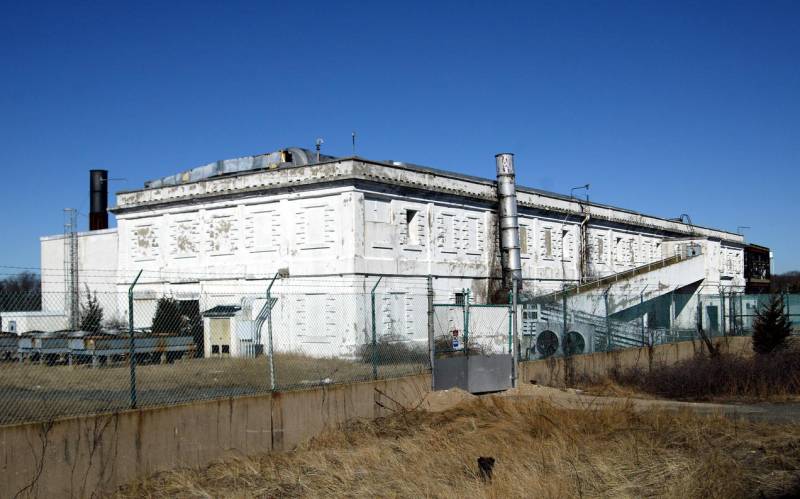 As you know, the goal for biological weapons maybe not only humans, but also domesticated animals. Defense research of this kind is very convenient and seems completely innocent in the eyes of the public: no one will blame the government for finding vaccines against foot and mouth disease or African swine fever. The economic damage from some animal diseases can be compared with a national catastrophe, therefore, all the leading countries of the world are dealing with the problems of protection from such misfortunes. In addition, there is a danger of outbreaks of zoonotic diseases transmitted from wild and domesticated animals to humans. Such, for example, are the Hendra virus infection transmitted from the horse to humans, and the Nipah virus, which affects bats, pigs, and humans. Due to the fact that the latter infection appeared relatively recently and is rare, there is still no effective vaccine for humans or livestock. By the way, with a certain degree of certainty, we can say that the current COVID-19 is also a typical zoonotic infection, although there are hypotheses of its artificial origin. History In recent years, it speaks of the growing danger of transmitting viral respiratory infections from the animal world to humans, examples of this are the SARS, MERS epidemics and the current SARS-CoV-2. The population of Asian countries is getting closer to the natural habitat of wild animals, and the active exchange of viruses becomes inevitable.

In connection with the foregoing, of particular interest are programs for the study of dangerous zoonotic diseases in the camp of a potential adversary - the United States. As far back as 1948, the Americans forbidden to conduct such research far away from the mainland and set up a specialized laboratory on Plum Island (New York, northeast coast of Long Island). About this method of isolation of especially dangerous pathogens was once implemented in tsarist Russia using the example of a “plague” fort in Krondshtat. Of course, no one on Plum Island worked with such dangerous microorganisms; for the first time, cattle foot and mouth disease was the main area of ​​research. It was the only object in the country that was entrusted with the work with live strains of the causative agent of such a dangerous disease. I must say that Americans rightly fear this infection: an outbreak turning into an epidemic could cause damage of more than $ 100 billion.

Moments of working with "biomaterial" on the island of Plum. Source: digital.library.unt.edu
On the island there is a landmark place - "Laboratory 257", in honor of which the publicist Michael Carroll named his book on secret programs for the development of offensive biological weapons. The author claims that the work of Laboratory 257 was somehow related to the outbreak of West Nile fever in 1999, tick-borne borreliosis in 1975 and the Dutch duck plague in 1967.

West Nile virus infected New York, showing in all its glory how dangerous a pathogen can be, which is alien to the area: the infection spread like lightning throughout the country. The World Health Organization does not accept Carroll's position, pointing to the African origin of the virus.

The problem of epidemics of tick-borne borreliosis is dedicated to the book of K. Newby “Bitten: a secret history of Lyme disease and bacteriological weapons”, which discloses data on the participation of the laboratories of Plum Island in the development of biological weapons. In particular, the project was implemented in conjunction with the military from Fort Detrick in the years 1950-1975 and, quite possibly, ultimately caused the outbreak of a serious illness in the United States. The program on borelliosis itself is very similar to similar work in the Japanese "Detachment 731" - here the Americans also planned to use infected insects, dropping them in aerial bombs. The result of such studies was 30 thousand Americans infected with tick-borne borreliosis on the east coast of the country. This number with enviable constancy is duplicated every year.

In general, the “Center for Animal Diseases on the Plum Island” throughout its existence has fallen into various scandalous stories. This was largely due to the regime of strict secrecy, which was removed only in 1992, and episodic outbreaks of diseases alien to the United States. And although officially all biological weapons development programs in the United States were curtailed back in 1969, Russian scientists were only allowed to verify this in 1994. It is noteworthy that Kanatzhan Alibekov, a fugitive Soviet microbiologist and author of the “exposing” book “Caution! Biological weapons ”(published in 2003), did not say a word about this island. At the same time, he told how bloodthirsty biological weapons development programs were in the USSR and even hinted that the Soviet troops intentionally infected the Germans near Stalingrad with tularemia. According to official information, more than 40 strains of pathogenic microorganisms were cultivated at the Center for Diseases, most of which were not endemic to North America. And the screen was appropriate - the object was formally assigned to the Ministry of Agriculture. The islanders were attacked by the events of September 11, 2001, when everyone started talking about a new threat - biological terrorism. By the way, the fluent Alibekov warmed up the American public a lot with stories about the horrors of the possible consequences of contamination of the continent and even won several related grants. Accusations of inadequate control of pathogens rained down (while they were just sending out anthrax spores), and in 2002 in Afghanistan, terrorists found a detailed dossier on the facilities of Plum Island.

I must say that the leadership of the Center has rather peculiarly responded to reproaches. Thomas McKenna, deputy director of the institution, said with a smile:

"Cows are not going to open mail."
However, the fact remained: on Plama only the third level of biosafety was observed, according to which it was impossible to work with pathogens dangerous to humans in general. Residents of the nearby coastal areas of Long Island can talk about how disregarding Plum Island was about safety. In particular, in 1980 a dead animal was thrown ashore, which was supposedly the victim of experiments in the notorious "Laboratory 257". Moreover, all systems of biomaterial utilization on Plama were present.

The plan of the island. Source: digital.library.unt.edu
In 2005, official news came that a new laboratory will be deployed in the United States to work with deadly zoonotic pathogens. It was decided not to use the island of Plum as a seriously discredited facility, but to place a research center on the mainland of the United States. Now the new “Laboratory 257” will be based in the city of Manhattan, Kansas, and for the first time will be subordinated to the Department of Homeland Security (DHS) and the US Department of Agriculture (USDA). And now here everything will be organized according to the fourth maximum level of biosafety.

A typical example of such a laboratory can be found in the feature film "Infection" (directed by Stephen Soderberg), which has become very popular in connection with recent events. In particular, laboratory workers work indoors exclusively in sealed suits and with an external air supply. Americans believe that such serious security measures (by the way, first applied to zoonotic pathogens) may well replace isolation conditions on the notorious island of Plum. For comparison: at present, only eight laboratories in the USA have the fourth level of biosafety BSL-4, which allows working with live strains, for example, Ebola virus. The center in Manhattan will be the ninth, and the Department of Homeland Security has already given permission to transport foot and mouth disease culture to the mainland. Even in the book of Michael Carroll, the concentration of such dangerous pathogens in an isolated island was characterized as a “biological delayed-action bomb,” and now the US leadership is transporting this bomb inland. At the same time, in August last year, the well-known Fort Detrick laboratory was closed for non-compliance with safety rules. And in this largely legendary office, experience with pathogens is estimated to be decades.

The new "Laboratory 257" will look something like this. Source: usda.gov
The new laboratory should come into operation a year later, in May 2021, and will formally report to the US Department of Agriculture. Among the key goals of the new office, there is not one officially having defense status. This is mainly the search for new vaccines, the improvement of classical formulations and the development of strategies to combat epizootics.

Even assuming the lack of biological weapons development programs in the city of Manhattan (which is hard to believe), the very fact of deploying such a serious structure raises a lot of questions. Given the events of recent months, when it is still unknown where the global threat came from, the creation of the next “time bomb” looks at least reckless. It is hoped that, with a rich history of inaccurate handling of pathogens in the luggage, the United States objectively weighed the pros and cons.

Ctrl Enter
Noticed a mistake Highlight text and press. Ctrl + Enter
We are
Coronavirus: made in USA?Situational analysis of the death of the MH17 flight (Malaysian Boeing 777), made on the basis of engineering analysis from 15.08.2014
20 comments
Information
Dear reader, to leave comments on the publication, you must to register.