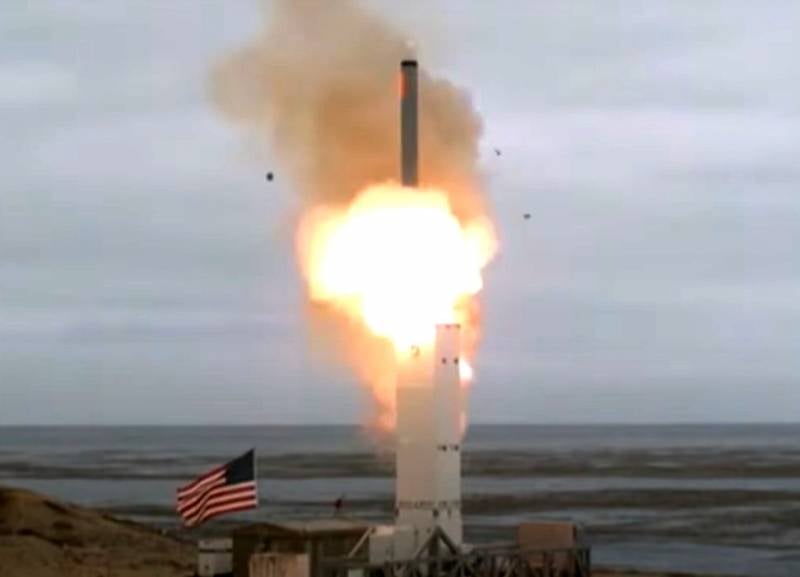 An interesting document is published on the Internet - the US Department of Defense leadership on nuclear warfare. The text got into the global network allegedly by accident, but was it really so?


It all started with the fact that the Joint Chiefs of Staff of the United States posted in the public domain, and then deleted the new version of its official doctrine on the use of nuclear weapons. But the public copy of the document was saved. American analyst Stephen Aftergood says that the Pentagon report presents the strategy of using nuclear deterrence forces, their structure, the organization of command and operations.

However, many quotes from the Aftergood doctrine raise questions. What is worth, for example, such a thesis:

The use of nuclear weapons can create the conditions for decisive results and the restoration of strategic stability.
Meanwhile, not so long ago, the Stockholm International Peace Research Institute published a report on the current state of the nuclear forces of various states. The report emphasizes that the United States and Russia currently have 9/10 of the entire world nuclear arsenal, which is gradually being reduced thanks to the START-3 treaty, but is not being reduced at such a fast pace as it could be.

If both countries do not agree to extend the START-3 period, which expires at the beginning of 2021, a new phase of the nuclear arms race could follow. Although both Russia and the USA already suspect each other of a systematic violation of mutual agreements. Recall that it was precisely such suspicions that led to the termination of the INF Treaty, and now they threaten the prospects for the extension of START-3.

For example, Lieutenant General Robert Ashley, Jr., director of the U.S. Department of Defense Intelligence Directorate (RUMO), recently bluntly accused Russia of not observing a moratorium on nuclear tests and emphasized that at least 1000 nuclear warheads are being produced in Russia per year.

The American leadership, accusing Russia of a nuclear race, leads the US public to the conclusion that in order to deter a potential adversary, it is also necessary to strengthen and improve their own nuclear forces. President Donald Trump and his entourage use accusations against Russia in order to legitimize US actions to strengthen its nuclear power.

The publication of the official report of the US Armed Forces Military School, setting out the strategy for nuclear warfare, in this case was very helpful. Indeed, American military analysts in this report consider nuclear forces as the most important means of deterring the enemies of the United States. The document also spells out the importance of developing nuclear forces, giving them flexibility, diversity, expanding their ability to adapt to various situations.

It turns out that the US armed forces are dominated by a point of view that is exactly the opposite of what the official representatives of the civilian leadership say. While politicians are discussing the reduction of nuclear arsenals and accusing Russia of not carrying out this reduction, the military is convinced that only the preservation and further development of nuclear weapons can protect the interests of the United States of America.

It is likely that the very appearance of a curious document in the global network was also the result of some political games of the American elite on the eve of such an important event as the expiration of START-3 and discussion of the prospects for its further extension or, conversely, the refusal to extend it.

In any case, one thing is clear - the American state is not really going to reduce and weaken its nuclear potential, as it sees in nuclear weapons one of the most important means of confronting its potential opponents and competitors like China and Russia.

We are in Yandex Zen
Reports from the militia of New Russia for 27-28 September 2014 of the year
Yuri Drozdov: Russia prepared the role of the sacrificial calf
47 comments
Information
Dear reader, to leave comments on the publication, you must to register.