In Kiev, a sergeant tried to sell a batch of grenades and ammunition 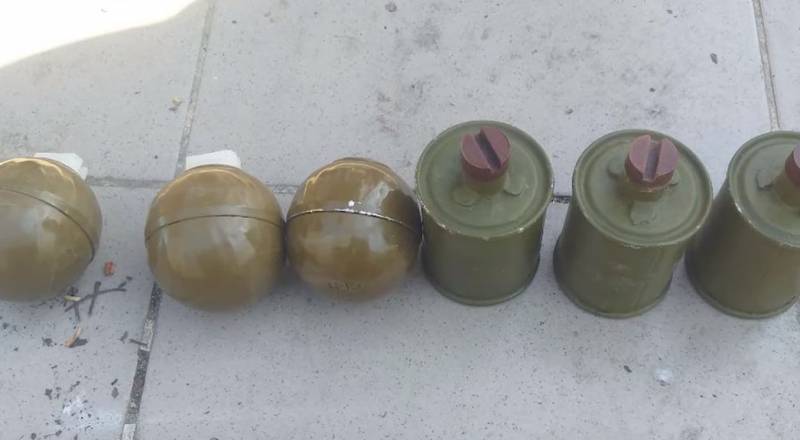 In the Ukrainian capital, a soldier was detained, who traded in the sale of ammunition and their components. We are talking about a 29-year-old sergeant who offered lots of ammunition of various kinds.


One of the parties, which the soldier put up for sale, included six grenades and about three hundred rounds of small arms arms different caliber.

The soldier was detained by representatives of the special forces of the national police of Ukraine. When it was discovered a bag with deadly contents.

This fact suggests that in the Ukrainian army the theft of weapons and ammunition continues to flourish, there is no proper control during their storage. As a result of this, weapons, grenades, and cartridges are spreading all over the country, finding buyers.

Recall that in recent years, fires have occurred at several of the largest arsenals in Ukraine. Nobody knows what volumes of armaments against the background of such fires fell into the hands of the abductors selling them to third parties. At the same time, the authorities of Ukraine and the command of the Ukrainian Armed Forces, trying to evade responsibility, said that before the fire in the next warehouse, "I heard the noise of a drone flying from the Russian border."
Ctrl Enter

We are in Yandex Zen
Summary of the week from voenkor Mag about events in the DNI and LC 21.04.18 - 27.04.18
Results of anti-terrorist work on Dagestan in April 2014
87 comments
Information
Dear reader, to leave comments on the publication, you must to register.