Trump authorized the sale of aircraft engines for COMAC C919 in China: version about the reason 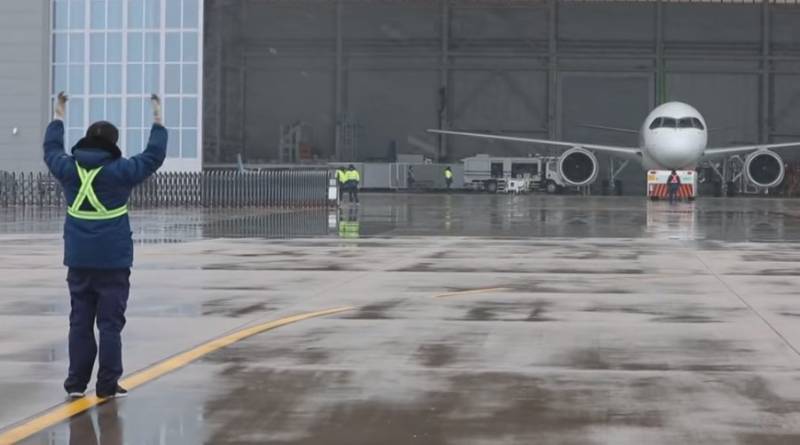 Reports are coming from China that the American company General Electric has received permission from the US administration to export aircraft engines for the COMAC C919 passenger airliners to China. Recall that earlier in the White House they talked about reluctance to support such a deal, arguing that China could get the latest technology in the aircraft engine industry and use them in the future in their own interests.


For example, as the Trump administration noted, obtaining American engines will allow the Chinese to increase their level of competition with Boeing, especially considering the situation in which the Boeing 737 MAX finds itself after a number of identified shortcomings.

Now, it is reported that GE has received an export permit, after which it will be able to export its aircraft engines for the needs of Chinese aircraft manufacturing enterprises.

China is ready to purchase CFM LEAP-1C engines for its narrow-body passenger aircraft from an American company.

Now the US president has decided to "make concessions" and said he is not going to act to the detriment of American companies working for profit.

I'm sure China will buy our aviation engines. After all, they are the best in the world. However, we do not sacrifice our national security. We will only benefit from this.
And in General Electric itself previously announced forced measures to reduce staff in connection with the crisis. According to US media, in the aviation business segment, in the field of maintenance and repair, the company is forced to lay off about 2,5 thousand employees within 3 months.

From this we can conclude about the reasons for authorizing the sale of aircraft engines. For Trump, such permission becomes a measure of a forced nature, because otherwise GE could have faced even greater problems, now the company will have a large Chinese order.
Ctrl Enter

We are in Yandex Zen
Reports from the militia of New Russia for 27-28 September 2014 of the year
December 2010 years. Russian March. Senseless and merciless? Notes not a Russian person
30 comments
Information
Dear reader, to leave comments on the publication, you must to register.