Aviation of the Russian Aerospace Forces in a likely confrontation with the Turkish Hawk XXI. Is pathos of the Ukrainian media justified? 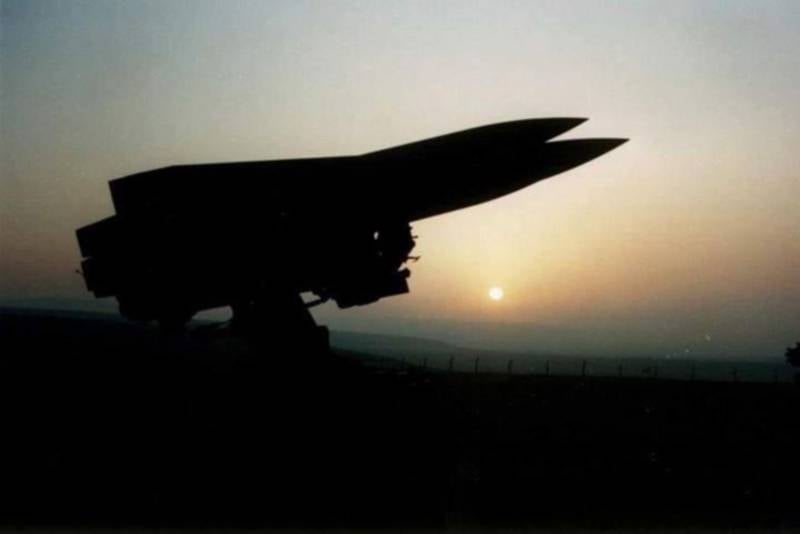 As you know, a photograph published two weeks earlier by the Turkish news agency IHA (Ihlas) deployed on the Turkish-Syrian border (a few kilometers from the northern border of the Big Idlib) of the Hawk XXI anti-aircraft missile battalion overnight became a subject of universal admiration and pompous comments in the Ukrainian media space, prompting journalists of the notorious information publication Dialogue.ua to prepare a short analytical note “Turkey deployed the powerful Hawk XXI air defense systems on the border with Syria, sp special get Russian Aviation».

From dreams to reality

Undoubtedly, taking into account the ongoing active preparations against the Sochi accords, the defense department and the General Staff of the Turkish Armed Forces for the next escalation turn at the Idlib theater of operations, which provides for the successful counter-offensive throw of the Turkish army and the Islamist group Hayat Tahrir al-Sham in the direction of the previously lost important settlements of Serakib, Maarat al-Numan and the M5 motorway, hysterical jubilation of politically biased ovannyh Ukrainian mass media in connection with the advent of improved "Hawk the XXI" near "idlibskogo gadyushnik" reasonable.

Indeed, taking into account the tragic situation with the well-planned interception of the Russian Su-24M front-line bomber by the Turkish Air Force AIM-9X Block II short-range air strike, it is easy to come to the conclusion that having a range of about 45 km and a height of intercepted targets of 20 km Turkish air defense system "Hawk XXI" may well be involved in counteracting tactical aviation of the Aerospace Forces of Russia and the Syrian Air Force, providing air support to the defense units of the 4th fur lowered division and the 25th division of the Special Forces of the Syrian Arab Army.

Meanwhile, using only two of the main (listed above) parameters of the Hawk XXI complex, the pseudo-experts of Dialog provided an ordinary Ukrainian audience with a biased forecast of the scenario of a likely collision of multi-role fighters of the Russian air force and Syrian air force with the battery of the updated Turkish Hawk.

In particular, even despite the possibility of equipping the updated Hawk XXI air defense system with a more advanced all-angle illumination and guidance radar AN / MPQ-61 HIPIR with an expanded elevation-scanning zone, which ensures work on small targets at heights of 25-30 m, as well as the fact of deployment of a Turkish battery of Hawk XXI air defense systems at a height of several tens of meters (judging by the photo published by Ihlas reporters), providing the AN / MPQ-61 backlight radar with a radio horizon range of 45–55 km, a chance of maintaining combat stability bility in this complex will be negligible. Why?

The use in the electronic architecture of the AN / MPQ-61HIPIR radars of obsolete paired X-band parabolic antenna arrays (similar to those used in the early AN / MPQ-46 on-load tap-changers), designed to illuminate targets with the MIM-23K / J anti-aircraft missile launcher and transmit additional radio correction commands to The aerodynamic steering wheel control computer kept the target channel of one Hawk XXI air defense system at the same level - one intercepted target.

As you know, in the case of the probable use of the Su-34 multipurpose fighter-bomber of the Russian air force, the 3,5-, 4-fly missile X-58U anti-radar missiles, or the 2,2-swing multi-purpose tactical missiles of the X-38MTE / MAE family, single-channel Hawk air defense systems XXI ”will instantly turn into mountains of useless scrap metal, just as in the case of a meeting with the Syrian Su-24M equipped with X-25MPU anti-radar missiles. And this is not to mention the extremely low level of noise immunity of the receiving paths of the HIPIR radar parabolic antennas, which are practically incapable of counteracting the interference from the container systems of the Khibiny EW family.

We are in Yandex Zen
Turkey against the Kurds. Is there a new phase of conflict ahead?
Situational analysis of the death of the MH17 flight (Malaysian Boeing 777), made on the basis of engineering analysis from 15.08.2014
39 comments
Information
Dear reader, to leave comments on the publication, you must to register.