In Chinese Sohu: Not even 30 years have passed before India switched to the serial order of its fighters 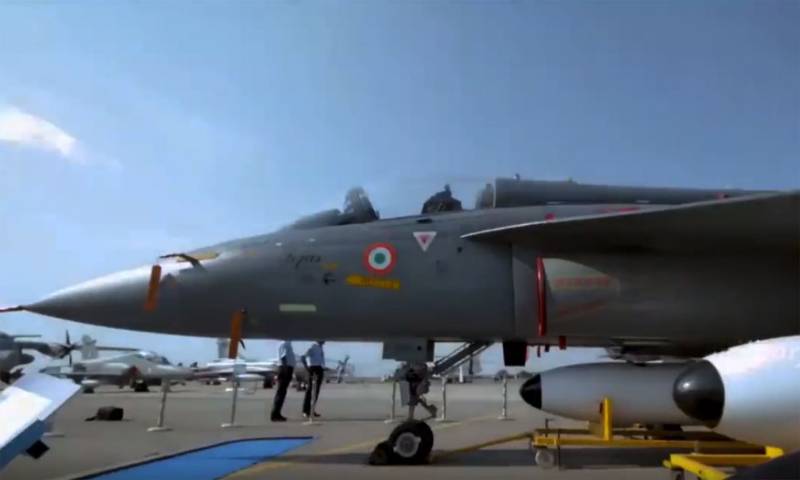 In the military-thematic section of the Chinese information portal Sohu, material was published with frankly ernic notes regarding the Indian Air Force and New Delhi's plans for their modernization.


The author of an article on a Chinese resource does not miss the opportunity to hurt India in the sense that it has been trying for too long to choose suitable fighters for itself, but still cannot focus on any particular model. Additional “special ratings” on the Chinese portal were awarded to the development of military aircraft in India itself.

In an article on a Chinese information resource:

As you know, since the 1980s, India led the development of its fighter LCA (Tejas). Such a fighter made its first flight only in 2001. And only now, for the needs of the air forces of this country, a batch of 83 local-made fighter jets is being ordered for $ 5,2 billion. Thirty years had passed before India switched to serial order. While India tried to overtake the whole world in the creation of its fighter, it has long been overtaken in Pakistan.
The Chinese author reminded his readers that Pakistan is actively cooperating with Chinese manufacturers. aviation technicians. Reported work on the creation of fighters with modern equipment, including radars with AFAR (active phased array).

In China, they additionally recalled that India still cannot decide on the fifth-generation fighter program, having previously refused to cooperate with the FGFA project with Russia.
Ctrl Enter

We are in Yandex Zen
Indian Ministry of Defense reported to Parliament on the cost of LCA "Tejas" program
Report on the results of the survey-2013 "Evaluation of state political figures"
46 comments
Information
Dear reader, to leave comments on the publication, you must to register.