Nikolai Timofeev-Resovsky: genetics, Nazis and the brain of Lenin 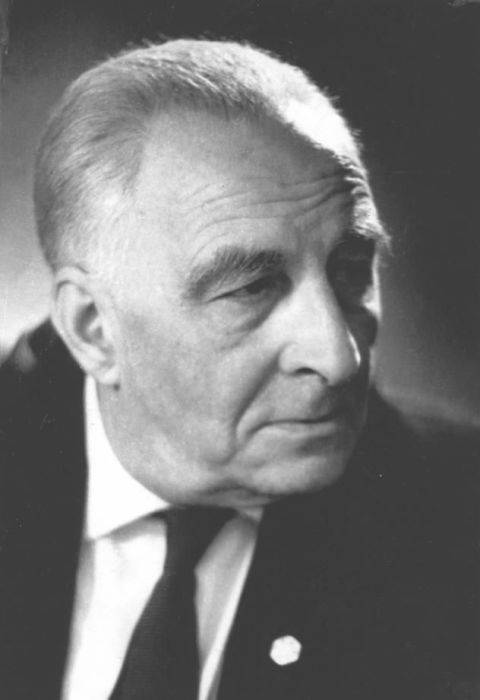 History with the prolonged German business trip of Nikolai Vladimirovich Timofeev-Resovsky began with the death of Vladimir Lenin on January 21, 1924. Naturally, the brain of such a significant person could not remain without study, and for this procedure, already on December 31, the Bolsheviks invite the German Oscar Vogt. This was a famous scientist involved in the morphology of the human nervous system. In addition, Vogt was surprisingly similar to the object of study - Vladimir Lenin. The researcher agreed quickly, instructed to carefully preserve the brain of the leader of the revolution and demanded that all travel expenses be paid. Later, under the leadership of Vogt, the Moscow branch of the Berlin Institute of the Brain appeared, which later transformed into the Lenin State Brain Institute under the Scientific Committee of the Central Executive Committee of the USSR. A separate scientific organization was mainly engaged in the study of the brain of one person, in vain trying to understand what morphological features caused its genius. Probably, in those days many understood the original absurdity of this work, and the activities of the Institute over time were strictly classified. In the future, after studying the microtome sections of Lenin's gray matter (“Preparation No. 1”) up and down, the institution was renamed the Institute of the Brain Institute of the Academy of Medical Sciences of the USSR with a significant expansion of the functionality and objects of research. 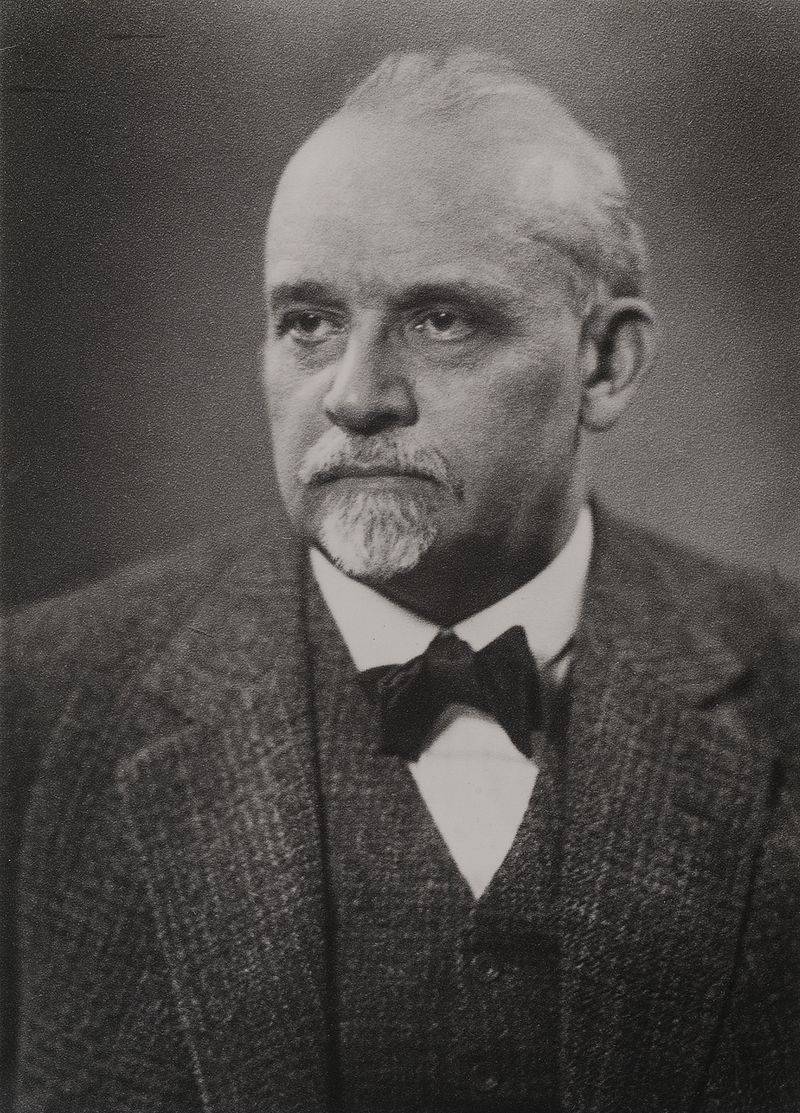 Oscar Vogt. Source: wikipedia.org
Vogt, who openly sympathized with Soviet Russia, in the very first months of research found that pyramidal cells were found in Lenin’s brain a little less often, but they were much larger than on preparations of the ordinary brain. Whatever it means, but differences in Lenin’s brain were found, and they could well be interpreted in favor of the leader’s genius. However, Vogt quickly cooled to the study of the contents of the skull of Vladimir Lenin and was going home. Back in Moscow, the scientist was captured by the idea of ​​organizing genetic research at the Kaiser Wilhelm Society's Berlin Institute of Brain. In the mid-20s, the personalities of German geneticists were not particularly diverse, and Vogt's nasty character with frankly left-wing political views could hardly seduce anyone. After consultations with the leading Soviet biologist Nikolai Koltsov, Vogt invited the young and talented Nikolai Vladimirovich Timofeev-Resovsky with him to Berlin. I must say that the researcher did not immediately agree to a long trip. He later spoke about the reasons for consent like this:
"... the Russians usually went to study something abroad, but they invite me not to study, but rather to teach the Germans. This is such an outstanding case, and Koltsov and Semashko (People's Commissar of Health of the RSFSR) persuaded me."
By that time, Nikolai Timofeev-Resovsky managed to become famous as one of the leading experts in mutagenesis. 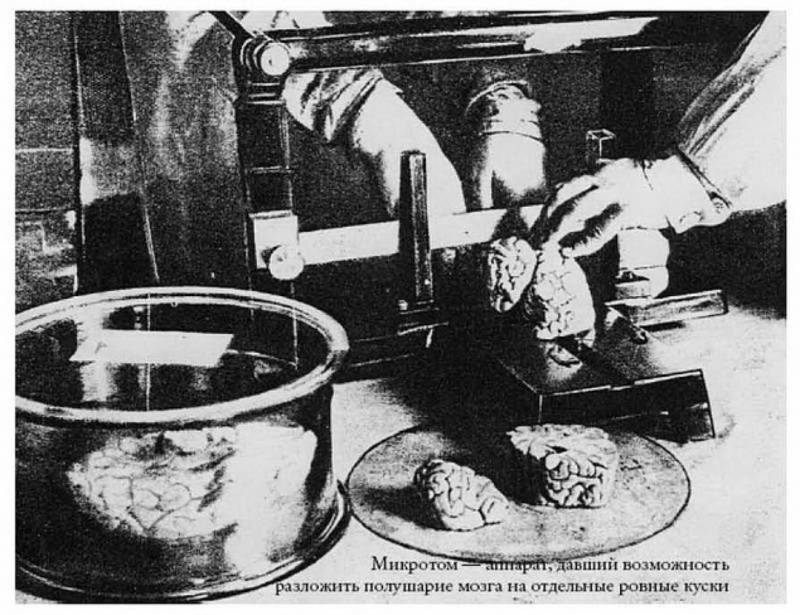 Brain and microtome. Source: hystory.mediasole.ru
A scientist with a group of geneticist Sergei Chetverikov studied the effect of radioactivity on the mutational variability of Drosophila, and also evaluated natural mutations in wild populations. In addition to purely professional qualities, contemporaries noted in the manners of Timofeev-Resovsky rare nobility and uncompromisingness. He was well versed in science and spoke two languages ​​- French and German. The genus of the scientist dates back to the time of Peter I and belongs to the nobility, which later also joined the roots of the Russian clergy. The wife of Timofeev-Resovsky, Elena Alexandrovna Fidler, was in a distant relationship with Immanuel Kant himself, and his immediate family founded the famous Fiedler gymnasium and the Fereyn pharmacy chain. The wife was also a biologist and, to the best of her ability, helped her husband in scientific research at the Institute of Experimental Biology under the guidance of the mentioned Nikolai Koltsov.

In 1925, an official invitation came from the Kaiser Wilhelm Society for the Promotion of Science in the name of Timofeev-Resovsky, and he went abroad with his wife and son. I must say that from the point of view of scientific communications, the scientist certainly won. Despite the deplorable state of Germany in the late 20s and early 30s, business trips and studies were generously paid. What could not be said about the Soviet Union: only a few researchers could afford to communicate with the world scientific elite. Nikolai Vladimirovich at the expense of the Kaiser Society managed to get to the seminars of Niels Bohr, which for its time were a real mainstream of the scientific world. There is evidence that a promising Russian researcher in 1936 was even invited to the Carnegie Institute in the United States. Then there was a period of intense flight of the learned elite from the country, and our compatriot could have found himself across the ocean. But he remained working as director of the genetics department of the Brain Institute in the Buch district of Berlin. The Nazis did not touch him, because they did not find Jewish roots in Timofeev-Resovsky, and his authority in the scientific community was already high then. And while the Germans did not have interest in any mutations there caused by radioactive radiation. A year earlier, in 1935, Nikolai Vladimirovich, together with Karl Zimmer and Max Delbrück, probably published his most famous work “On the Nature of Gene Mutations and the Nature of a Gene”. In it, in particular, scientists substantiate the approximate size of the gene. This work could well claim the Nobel Prize, and also laid the foundation for new, much more resonant discoveries. 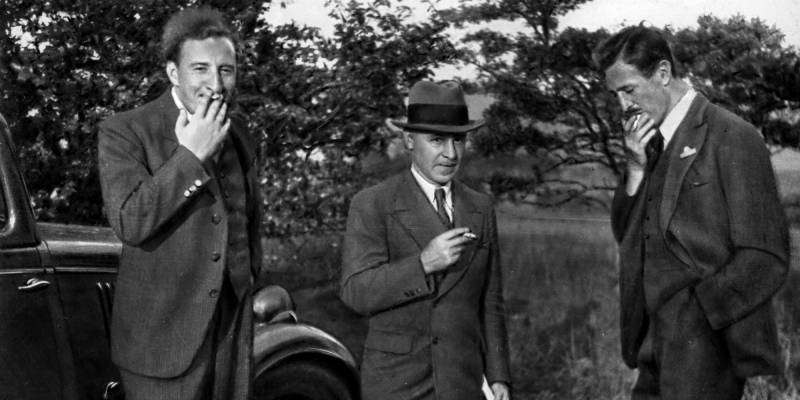 Source: oralhistory.ru
In 1937, at the height of the purges at home, the scientist decided not to return to the USSR. He is deprived of citizenship for this. It is interesting that Timofeev-Resovsky twice warns about the danger of returning to his homeland by his teacher Nikolai Koltsov, who also later became a victim of terror. You can talk a lot about the reasons for the transfer of the scientist to the not very honorable category of “defectors,” but it is likely that this decision saved his life. Of the three remaining brothers Timofeev-Resovskys, two were shot in the USSR, and with more significant figures, for example, Nikolai Vavilov, they did not stand on ceremony.

Even with the attack on the Soviet Union, the Nazi regime did not take any special measures against the director of the genetics department of the Brain Institute. This was largely due to the good relations of Nikolai Vladimirovich with the scientific establishment of Germany - many simply covered him up without seeing a threat to the regime. Timofeev-Resovsky was not only familiar with various botanists and zoologists, he was friends with scientists and engineers involved in the Nazi atomic project. Do not discount the fact that the researcher supervised the program of radiation mutagenesis at the institute, and already from the end of the 30s, the Nazis definitely showed interest in the atomic problem. Timofeev-Resovsky (or, as Daniil Granin called it in his book, the Bison) was even presented with a fast neutron generator to continue experiments on Drosophila.

In 1943, the Gestapo throws at Mauthausen for participating in the resistance of the son of the Bison, Dmitry, who was preparing the assassination of Vlasov and Rosenberg himself. There is a version that Nikolai Vladimirovich is offered in exchange for the freedom of his son to participate in the program of forced sterilization of gypsies - the Germans appreciated the achievements of the Department of Genetics of the Brain Institute in the field of radio mutagenesis. The scientist refuses, and Dmitry is left in a concentration camp, and on May 1, 1945, they are shot for participation in an underground resistance group.

Timofeev-Resovsky, who barely survived the grief, not only awaits the arrival of Soviet troops in Bukh, but also persuades the three scientists involved in the German nuclear project to stay and not be evacuated to the Americans. In the future, this trinity, physicist K. Zimmer, radiochemist G. Born and radiobiologist A. Kach, will take a direct part in creating the atomic weapons for the Soviet Union. 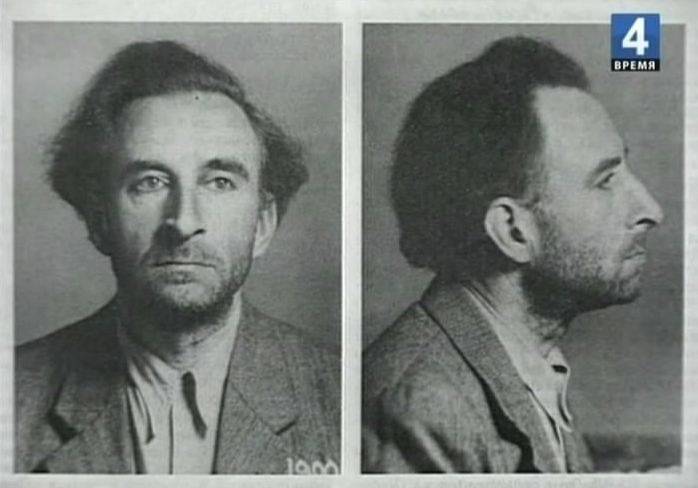 N.V. Timofeev-Resovsky in the Lubyanka. Source: mbi74.ru
And Nikolai Vladimirovich, unexpectedly for him and absolutely natural for everyone else, was arrested and transferred to Moscow in 1945. As a result - 10 years of camps, 5 years of loss of rights and complete confiscation of property. The verdict did not take into account the numerous scientific merits, the tragedy of his son, and the protection of runaway prisoners of war and ostarbeiters during the war. After his release with a bunch of diseases in 1951, Timofeev-Resovsky will work for the country's defense complex as the head of the radiobiology department at the Sverdlovsk Research Institute. In 1964, she was dissolved, and Nikolai Vladimirovich moved to Obninsk, where he heads the Department of General Radiobiology and Radiation Genetics of the Institute of Medical Radiology. Throughout life, the stigma of “a professor who worked in the Hitler's den” was never removed from the scientist. Timofeev-Resovsky died on March 28, 1981, in 1986 his students attempted his rehabilitation, which was completed successfully only on June 29, 1992. 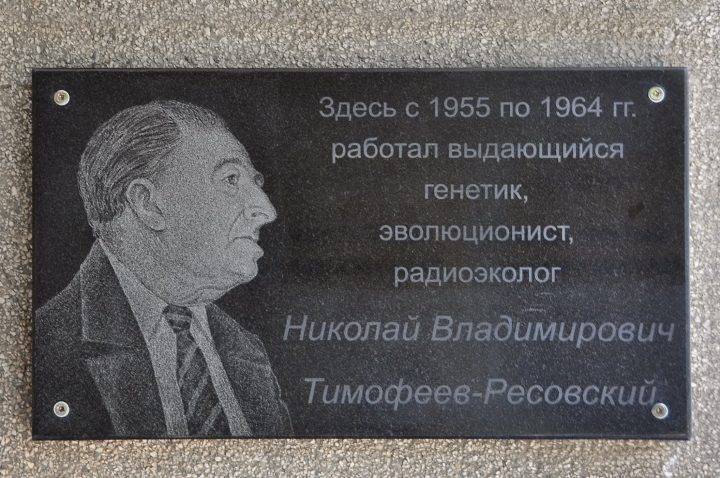 Source: my-cccp.ru
Some significant facts about the life of the great Bison. Research associate Max Delbrück in 1969 received the Nobel Prize in Physiology or Medicine. There is information that the Swedes at one time sent a request to the USSR regarding the fate of Timofeev-Resovsky, but did not receive an answer. Was this request somehow related to the Nobel Committee? Already after the death of the scientist, in 1986, the book “Berlin Wild” was published in Germany, authored by Ellie Welt, wife of Peter Welt, who was saved by Nikolai Vladimirovich. Timofeev-Resovsky was a member of many international academies and scientific societies, and UNESCO included his name in the list of the most significant scientists of the XNUMXth century.

Ctrl Enter
Noticed a mistake Highlight text and press. Ctrl + Enter
We are
Chernobyl notebook. Part of 3Great gardener. Ivan Vladimirovich Michurin
85 comments
Information
Dear reader, to leave comments on the publication, you must to register.