Syria, March 24: a new attack on the Khmeimim air base 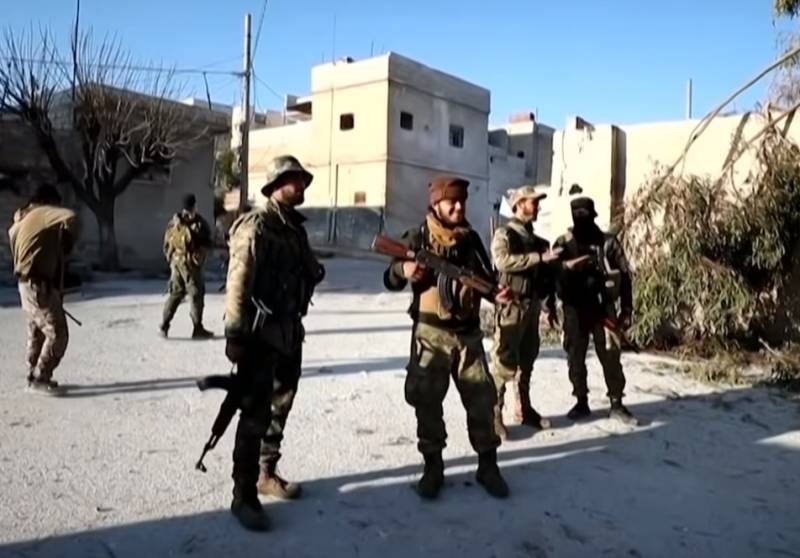 The situation in Syria remains tense. On March 24, militants from one of the terrorist groups carried out an attack with a drone on a Russian aviation base "Hmeimim."


This is not the first such attack on a military facility used by the Russian Aerospace Forces. As before, the terrorists used an attack unmanned aerial vehicle to attack. However, air defense systems managed to neutralize the terrorist attack. According to some reports, the drone was destroyed.

Following the attack on the Khmeimim airbase, militants raided the border of the provinces of Hama and Latakia. In response to the artillery of the Syrian Arab army, they had to open fire on the positions of militants in the area of ​​the city of Kaban. It is known that fire was fought on the fortifications that are occupied by members of the Khayyat Tahrir al-Sham organization banned in Russia.

Artillery shelling took place in the province of Idlib. The fire was fired in the area of ​​the settlements of Al-Bara, Al-Fateira, Kansafra, Kafr Uweid, but no casualties or equipment were reported. There were also shootings in the area of ​​the villages of Az-Ziyara and As-Sirmaniya. It is known that during an attack by Kurdish fighters on Kurdish villages north of Aleppo, an elderly local resident was wounded. The explosion occurred in one of the restaurants in Idlib itself.

Information has appeared on social networks about looting, which is carried out by militants of the pro-Turkish group Failak al-Majid. This group operates in the western part of Aleppo province. The Turkish authorities call it the opposition to the ruling regime, but the locals are sure that the opposition is banal bandits who do not hesitate to rob and terrorize the local population. In turn, the Turkish military command turns a blind eye to the crimes of controlled groups.

Explosions have also been reported in the area of ​​the city of Abu Kemal in the province of Deir ez-Zor. Apparently, the explosions occurred as a result of the launch of missiles from the Badia desert in the area controlled by the Shiite militia, an allied Syrian Arab army. Thus, the militants of opposition groups could organize the shelling. Also, in the province of Deir ez-Zor, rocket attacks were launched on the outskirts of the city of Hajin, where the headquarters of the intelligence service of the Kurdish militia is located.

Regarding the situation on the M4 highway, Turkey still promises to restore order in this territory, but it is premature to talk about any success of the Turkish side. It is clear that it is not in the interests of Ankara to push back the pro-Turkish armed forces, which the Turkish leadership really needs to organize further provocations against the Syrian Arab army.

At the same time, the Turkish military command assures that in the near future it will expand the patrol route on the M4 highway, which is carried out jointly with the military personnel of the Russian military police. According to the Turkish Army Colonel Ukay Sagyr Oglu, the main thing is to ensure security along the patrol route.

At the same time, the Turkish army continues to work to expand the number of roadblocks in the province of Idlib. In addition, it became known about the movement of the next Turkish convoy with military equipment in the area of ​​the Kyrykhan crossing. The Turkish command plans to deploy armored vehicles to further strengthen its troops in the region.

This circumstance, as we have already reported, once again underscores Ankara’s genuine intentions - to remain in the Syrian province for an indefinite period. Of course, in order to maintain a military presence in Idlib, pacification of the Syrian province by the Turkish leadership is not beneficial.

Video of the transfer of Turkish heavy equipment to the Sarmin region (Idlib):

Ctrl Enter
Noticed a mistake Highlight text and press. Ctrl + Enter
We are
Militants "Hayat Tahrir ash-Sham" in Idlib - Turkey: Just try to disarm usReports from the militia of New Russia for 27-28 September 2014 of the year
34 comments
Information
Dear reader, to leave comments on the publication, you must to register.