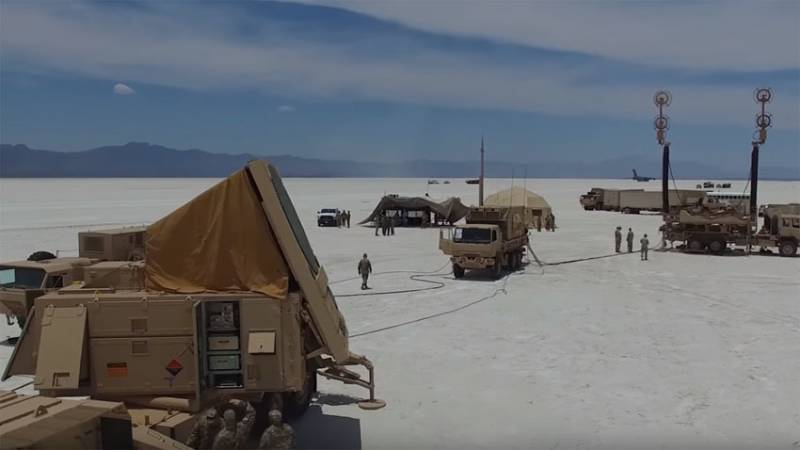 Middle Eastern information sources citing the Iraqi security service report that US troops are starting to create a new military base in Iraq. It is alleged that this is a military facility in the area of ​​the city of Heath (Anbar province).


It is noted that the base will be located near the border with the Syrian Arab Republic.

From a Middle Eastern media report:

The Americans are going to deploy Patriot anti-aircraft defense systems at the military base near the border with Syria. With their help, the U.S. Army may try to defend aviation Ain Assad base, as well as its other military facilities in the west of Iraq from possible missile attacks.
Recall that some time ago, the Ain Assad base became one of the US bases in Iraq that suffered a missile strike. Then the infrastructure of the military facility received serious damage. After some time, the At-Taji base was attacked, where three soldiers (two Americans and one British) were killed.

At the same time, the question remains unanswered whether the Patriot air defense systems are capable of protecting American military bases from the missiles and missiles that are used at these facilities.

Al-Ahad Iraqi News Agency reports that the US Patriot systems are ready to transfer to the border with Syria.

A very strange decision, especially when you consider that the attacks of US military bases were not carried out from Syria at all. That is why experts suggest that the deployment of the Patriot systems may be directed against Russian aircraft in the sky above the ATS. Earlier, the US tried to promote the idea of ​​creating a no-fly zone over Syria, which Russia categorically rejected, recalling how the case ended in Libya.
Ctrl Enter
Noticed a mistake Highlight text and press. Ctrl + Enter
We are
Reports from the militia of New Russia for 27-28 September 2014 of the yearYuri Drozdov: Russia prepared the role of the sacrificial calf
33 comments
Ad